When the Smith Stearns Tennis Academy hosts junior athletes at The Sea Pines Resort, more is offered than a world-class training opportunity.

The team at Smith Stearns also is setting out a welcome mat for players and families from across the nation and around the globe to enjoy the Hilton Head community and its warm, satisfying lifestyle.

Time and again visiting players and their families have found the island academy and island life so rewarding that they frequently become permanent Hilton Head residents. 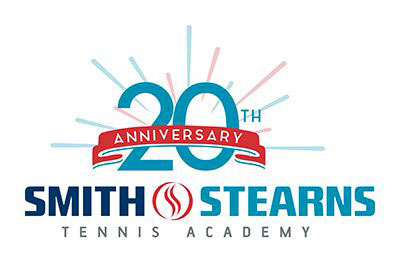 From engaging with schools, community service and community partnerships, the academy is a committed corporate citizen.

It starts with Stan Smith, a former World No. 1 tennis player whose familiarity with Hilton Head extends 50 years to his days as a touring pro.

Smith and his wife, Margie, raised four children on Hilton Head during the two decades of the academy’s operations at Sea Pines. The experience established a bond that has proven a win-win-win for the academy, the community and the families of Smith-Stearns trainees.

Likewise, the Stearns family has deep roots on the island. Academy director and co-owner B.J. Stearns — son of founder, Billy — was on hand when operations began in 2002.

B.J. and his wife, Kelley, have two school-age children and a third child is expected in October.

“Our family feels so fortunate to live on such a wonderful island, in an amazing community like Sea Pines,” B.J. said. “There isn’t a better place around.”

Sharing that enthusiasm and experience is essential to the academy’s overall mission, said Smith.

“It’s important to us to be integrated with the community and all that family-friendly Hilton Head has to offer,” he said.

Inseparable from the academy’s reputation for player development is a dedication to education. An emphasis on academic development — and preparation for college — has helped Smith Stearns students earn more than $15 million in college scholarships.

To develop student as scholars and citizens, the academy has close ties with Hilton Head’s highly regarded education community, including public and private schools. Over the past decade, Smith Stearns customized a program with Hilton Head Preparatory School, minutes from the academy’s training center.

Working together, the academy and school choreograph schedules for players to include quality time with Prep students, including initiatives for public service and community involvement.

“It’s the best of both worlds,” said Beckie Bart, whose son, Bobby, is entering his senior year at Hilton Head Prep. The Bart family left Bermuda for a Hilton Head home after Bobby began training at Smith Stearns.

“It’s wonderful to pursue his ambition for tennis while getting a great education,” said Beckie.

“The combination of Smith Stearns tennis expertise and our rigorous educational program builds resumes for those students who continually impress college admissions officers and college coaches.”

Bobby Bart, 17, said the academy-school relationship puts him on course to play college tennis and study entrepreneurship and finance.

“Both Smith Stearns and Prep make sure we do our best, on and off the court,” he said.

Smith Stearns alumnus Mariana Gould is testament to the program’s effectiveness. Her family moved to Hilton Head in 2011 from Boise, Idaho, as Mariana began training at the academy.

Mariana won two Junior National Gold Ball Championships and earned a tennis scholarship to the University of Georgia. She earned three degrees in public health and administration and now works in clinical research at the Medical University of South Carolina.

Mariana Gould said the academy “has had an immeasurable impact on my entire life – not just from the tennis perspective.

“The academy taught me hard work and responsibility from a young age, and gave me a home away from home,” she said.

Home to Smith Stearns for two decades has been The Sea Pines Resort, described as “Hilton Head’s Most Celebrated Resort.”

As partners, the resort and the academy honed a reputation as the No. 1 resort for tennis programs, as rated by Tennis Magazine.

Steve Birdwell, president of The Sea Pines Resort, said the facility’s standing in the tennis world “remains vibrant to this day, thanks in no small part to the top-level talent drawn” to the academy.

“We are fortunate to have an ongoing partnership with Smith Stearns and play a role in the growth of the game for the next generation of champions,” Birdwell said.