LOCAL PLAYERS HAVE EYES ON VICTORY AT BERKELEY HALL EVENT 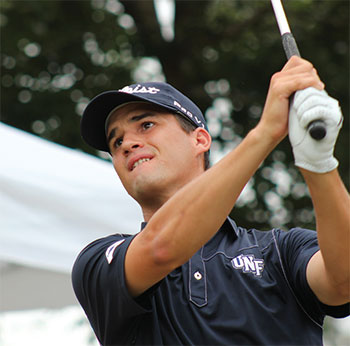 The list of golfers who have won the Players Amateur is impressive, but the list of players who have teed it up in the Lowcountry’s premier amateur golf event without hoisting the trophy is even more eye-popping.

Bluffton’s Bryson Nimmer is on the second list, but he would prefer to be on the first. Nimmer, who finished second at last year’s event after a playoff with North Florida’s Philip Knowles, is among the 81 players who will be vying for one of the amateur golf world’s most prestigious titles when the Players Amateur returns July 10-15 to Berkeley Hall Club’s North Course. 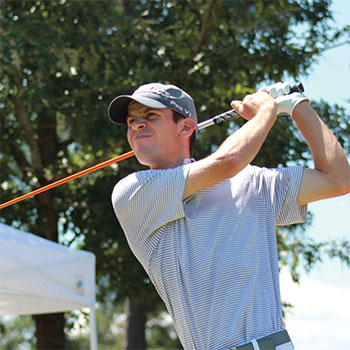 “I’m excited to get another crack at it,” said Nimmer, a Hilton Head Christian Academy graduate and current Clemson standout.

Nimmer walked to the 18th green during last year’s final round needing a two-putt to win the Players Amateur — and an exemption into the RBC Heritage Presented by Boeing — but wound up losing to Knowles on the second playoff hole. He had several more close calls during his junior season at Clemson, where he recorded eight top-10 finishes in 10 events, including a seventh place showing at the NCAA Championships, where he held the lead entering the final round.

He knows the wins are going to come, perhaps on his home course at Berkeley Hall. 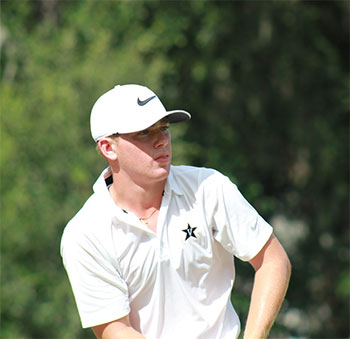 “I think the biggest thing is just putting yourself in the situation enough where it finally happens. I’ve done a good job of that,” Nimmer said. “It will eventually happen. If I’m in the top five every week, that’s a good thing.”

Past champions include Rickie Fowler, Brian Harman, Camilo Villegas and Bill Has.

To join their ranks, Nimmer will have to outplay this year’s outstanding international field, which features 19 of the top 100 players in the Scratch Players World Amateur Rankings. That group includes Nimmer, No. 13, and Knowles, No. 35, who is bidding to become the first repeat champion in the tournament’s history. One player it doesn’t include is Hilton Head Island’s Andrew Orischak, who is back in the field for the first time since missing the cut in 2015.

Orischak was one of the nation’s top junior golfers coming out of high school and reached the finals of the 2015 U.S. Junior Amateur at Colleton River. He has enjoyed some success in his first two seasons at the University of Virginia, but his amateur ranking hasn’t been high enough to afford him many opportunities to play in the top events. He was the stroke play medalist at the Carolinas Golf Association’s S.C. Amateur Match Play and reached the quarterfinals, and he hopes to carry that momentum into a week at Berkeley Hall that could vault him up the rankings and grant him invitations to more events — potentially even the Heritage.

“It’s the opportunity to live out a lifelong dream, for sure,” Orischak said. “It’s a cool opportunity.”

Players Amateur field by the numbers

Players in the field who competed in this year’s U.S. Open, including Ohio State’s Will Grimmer, one of three amateurs to make the cut

Scratch Players World Amateur Ranking of Australian Min Woo Lee, the highest-ranked player in the field as of June 19

Number of foreign players in the field as of June 19, including eight Australian players