A GUIDE TO THE LANGUAGE OF GOLF

Do you find yourself nodding along in vague agreement whenever golf fans get together? Tired of pretending like you know what they’re talking about?

Here are a few golf terms that might help you fake your way through Heritage week with at least a little more authority. 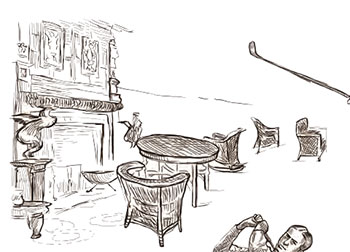 19th hole (n): The bar or any of the areas around the tournament that serves alcoholic beverages, from charity tents to random backyard parties.

dribbler (n): An approach shot that never quite achieves liftoff, merely dribbling forward a few feet. (Alt.) That one friend you told yourself you were never taking to the tournament again. Example: “Todd was being a total dribbler. He’s on the 20th hole now.” 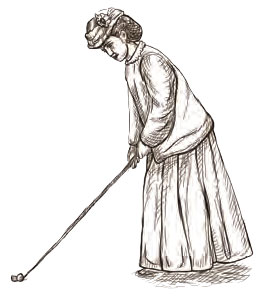 Facebeg (v): When everyone goes on Facebook to ask if anyone has spare passes. Example “Oh jeez, Todd’s on here Facebegging again. Just buy a ticket, dude.”

Hit a house! (excl.): Verbal pleading a golfer will make toward his ball when he realizes he’s hit it entirely too far. Also see: hit a tree, grow teeth.

marching shot (n): An approach to the green that sails wide left of the fairway, then right and then left.

nope (v): To take a penalty-free redo stroke after landing your ball within the general vicinity of an alligator. 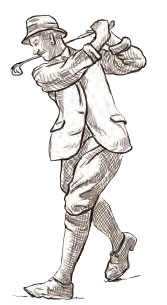 Shankapotamus (n): An appropriate nickname for any fellow golfer after a particularly bad shot, especially if he announces his drive with something along the lines of, “Here’s a free lesson.”

approach (n): A shot hit toward the green, where the flagstick and hole are located; typically the second shot on a par-4 or the third shot on a par-5.

divot (n): Refers both to the chunk of turf displaced while taking a shot and the hole left afterwards.

draw (n): A shot that moves slightly from right to left while in the air for right-handed players. 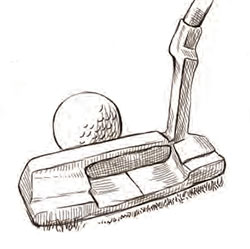 fade (n): A shot that moves slightly from left to right while in the air for right-handed players.

fairway (n): The area of closely cut grass leading from tee to green where a golfer aims to land the tee shot.

fried egg (n): A slang term for a buried lie in the sand in which only the top half of the ball is visible.

hazard (n): An area, often water, that invokes a one-shot penalty when the ball is hit into it; a golfer may avoid the penalty by playing the next shot from the hazard without touching the ground, sand, or water with the club. 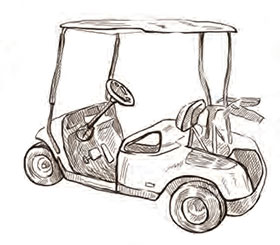 hook (n): A shot that curves sharply from right to left while in the air for right-handed players.

rough (n): Taller grass adjacent to the fairway that penalizes an inaccurate shot by making for a more difficult approach.

slice (n): A ball that curves sharply from left to right for a right-handed player.