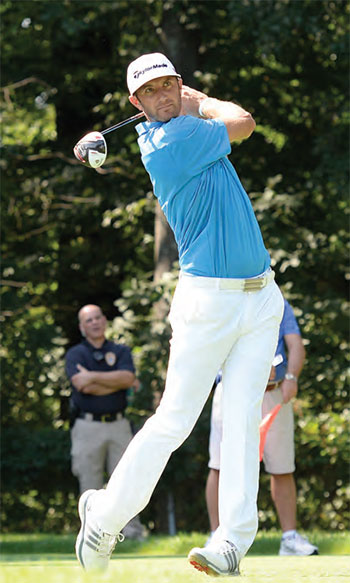 The RBC Heritage Presented by Boeing always attracts a strong field, but it has been rare for the world’s top-ranked golfer to appear at Harbour Town Golf Links the week after the Masters.

It looks as though that trend will change this April, as world No. 1 Dustin Johnson has committed to play in the 50th annual tournament. A 17-time PGA Tour winner and the 2016 PGA Tour Player of the Year, Johnson was born in Columbia and attended Coastal Carolina, but he has not played in the Palmetto State’s only PGA Tour event since 2009.

“I am excited to get back to my home state to help celebrate this important milestone,” Johnson said in a release from the tournament. “The RBC Heritage means so much to Hilton Head Island and South Carolina.”

Due to the Heritage’s position on the schedule top-ranked players often skip the event to decompress the week after the season’s first major championship, especially because Harbour Town’s tight, tree-lined fairways and small greens don’t suit the game’s longer hitters.

Johnson’s decision to return to Harbour Town for the first time in nearly a decade no doubt was aided by his recent agreement to become Team RBC’s newest brand ambassador, joining a group that includes past Heritage champions Matt Kuchar, Brandt Snedeker, Graeme McDowell, and Jim Furyk.

His presence boosts Team RBC’s profile, as well as that of the Heritage, especially during its milestone 50th year.

“Celebrating 50 years is a major achievement,” RBC Heritage Tournament Director Steve Wilmot said in the release. “Celebrating 50 years with the No. 1 golfer in the world makes it even better. Our fans and sponsors can’t wait to welcome Dustin home to the Palmetto State.”

Daily tickets and weeklong badges for this year’s tournament are now on sale online at www.rbcheritage.com or by calling the tournament office at (843) 671-2448.