The world’s best amateur golfers come from every corner of the globe to converge on Bluffton’s Berkeley Hall Club each July for the Players Amateur, but a pair of home-grown players have high hopes of earning spots in next year’s RBC Heritage.

Bluffton’s Bryson Nimmer and Hilton Head Island’s Will Miles will be among the talent-laden field for the third consecutive year, and after strong performances the past two summers, both are daring to dream about winning the prestigious event and earning an invitation to tee it up with the pros at Harbour Town Golf Links next April.

“I’ve been going to the Heritage since I was 7 or 8 years old and watching those guys and dreaming about being able to play in it,” Nimmer said. “For me, that’s a big-time goal. The first step to do that is to win the Players Am, so that’s what I’m focused on.” 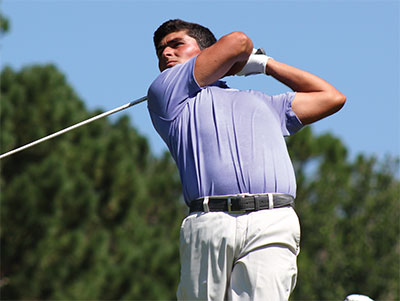 Nimmer nearly did just that last year, when he shared the lead after the first round and was one shot back after 36 holes before finishing sixth at 8-under-par. The former Hilton Head Christian Academy standout turned Clemson star has a competitive advantage over the rest of the field, because Berkeley Hall is his home course.

The Players Amateur has produced just one true homegrown champion, Beaufort’s Mark Anderson in 2008, and three others from South Carolina – Bill Haas in 2002, Corbin Mills in 2011, and Matt NeSmith in 2015 — despite the Palmetto State’s fertile soil for producing top-level talent.

That’s a tribute to the quality of field the event has attracted since its inception in 2000, beginning with the nation’s top collegiate stars and extending to the best mid-amateur players – age 25 and older – as well as a wealth of international talent. “It’s always fun to get the best of the best playing against each other,” said Miles, who just completed his sophomore season at South Carolina and was the Gamecocks’ top finisher at the NCAA Regional Tournament. “It’s always a great week.”

The international flair that has become a hallmark of the Players Amateur again will be on display. The preliminary list of commitments included more than a dozen international players, including the typical influx of players from Australia and New Zealand as well as a handful from South Africa. 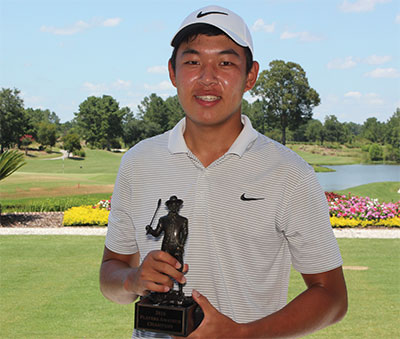 Among the international stars will be defending champion Cheng Jin, a native of Beijing, China, who just finished his freshman season at the University of Southern California. Jin made a huge splash in 2014, when at age 16 he won a PGA Tour China Series event, the Nine Dragons Open, as an amateur, and he will try to make more history by becoming the first player to win the Players Amateur twice. It’s rare for champions to defend their titles because many turn pro in the year following their victory, but Jin has indicated he is in no hurry to do so.

“I’m still inconsistent. I just have to keep working to get to the next level,” Jin told PGATour.com during the RBC Heritage in April. “The hard thing is to play good consistently. That’s the hard part. Everybody at this level can shoot 65 one day. But when you shoot 68-68-68-68, that’s a different thing. I’m trying to work on that.”

It often takes scores approximating those to win at Berkeley Hall, where the winning score has been double-digits under par each of the five years the club has hosted the event, including 13-under each of the past two summers.

Nonetheless, locals Nimmer and Miles hope to take advantage of their course knowledge and the rare opportunity to enjoy some home cooking and a few nights in their own beds during a tournament to etch their names into Lowcountry golf lore.

“The first year was a little eye-opening, being in high school and playing with those guys, but I’ve had some success there,” said Miles, who like Nimmer is playing in his third Players Amateur. “The goal is always to win the event, and especially that event, because I’ve always dreamed of playing in the Heritage. But I just want to compete the best I can, and hopefully I have a good week at home.”