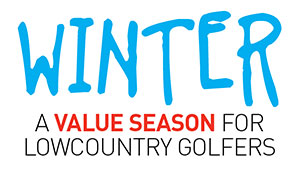 For more than five decades, Hilton Head Island and the surrounding Lowcountry area have been sharpening their reputations as the finest golf destinations not only on the East Coast, but also around the globe.

When the sun is shining and refreshing winds are blowing during the spring and fall, that designation is difficult to argue with. Even when the temperature is turned up in the summer months, southern Beaufort County’s acclaimed courses are full of vacationing golfers beating the heat by playing in the early morning or late afternoon.

But what about the primary winter months — January and February — when the weather can be especially dicey? Is Hilton Head still a destination that can hold up against the likes of South Florida, Arizona and Southern California?

While Mother Nature certainly has her say in the matter, the region’s top operators maintain that the southernmost coast of South Carolina is a year-round destination that has plenty to offer golfers — even when temperatures dip below 40 or 50 degrees. 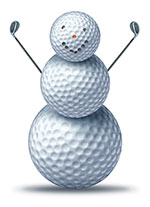 According to www.hiltonheadisland.org, the average low on the island during February is 41 degrees, with the highs averaging 61 degrees. There are stretches, however, when temperatures don’t even reach the average lows, testing golfers’ will to challenge themselves on the region’s famous fairways.

“Obviously the weather has a lot to say about how things go during the winter months, but we are certainly optimistic about the business we see in January and February,” said Cary Corbitt, vice president of sports and operations at The Sea Pines Resort. “Those months remain an important part of our business, and we certainly market the region for play during that time of year.”

For those willing to gamble against the winter weather, the month of February is a true value on Hilton Head. The island, Corbitt said, has annually attracted golfers from the Northeast, Midwest, Mid-Atlantic and Canada who willingly face sometimes finger-numbing rounds for the chance to play the island’s best courses at rates that often are far below par.

While certainly value seekers, these golfers are some of the game’s best customers. They come to Hilton Head seeking only two things, great golf and camaraderie, and are willing to brave chilly (or more recently worse) weather to affordably obtain both.

“Over the years, we’ve seen some of the same groups coming back,” Corbitt said. “These are people who love the social aspect of golf and come down in groups of 12, 16, 18 or even more. They have a great time and share some great experiences.”

The past couple of winters, however, haven’t been so kind to local operators. Last year saw plenty of rain, and even some snow in parts of Beaufort County. In fact, according to PGA PerformanceTrak, playable days in South Carolina during the first quarter last year were down 4.5%, which helped to depress rounds by nearly 9%. While this includes many more areas than just the Lowcountry, there’s no question that the local golf economy felt the bad weather as much as the visitors did.

Putting recent weather misfortune aside, however, the Hilton Head Island Golf Course Owners Association, of which Corbitt is the longtime president, and the Hilton Head Island-Bluffton Chamber of Commerce have continued to put resources toward billing Hilton Head as a year-round experience. In addition to print, Web, television and direct marketing campaigns, that message is reinforced at consumer golf across the Northeast during the first couple months of the year.

“Our marketing efforts are certainly focused on building a 12-month golf season for all of us,” Corbitt said. “We accomplish this in many ways, including the golf shows, which has helped us drive winter business in the past.”

In addition to short-term visitors, some area operators seek out long-term “snow birds” who are looking for a course, or courses, to call home while away from their own homes. One such operator is John Brown, chairman and CEO of Brown Golf Management, which owns or operates five courses in Bluffton as well as 17 others along the East Coast.

For the past several years, Brown Golf has offered monthly flex memberships during December, January and February, which provides long-term visitors with the same benefits full-time members enjoy at Pinecrest, Island West, Crescent Pointe, Eagle’s Pointe and the recently-added Rose Hill golf clubs in Bluffton. This winter, the company upped the ante by offering weekly flex memberships to visitors from the Northeast and Canada, which can be extended from week to week.

“The program has been extremely popular with our Canadian customers,” Brown said. “It’s a big deal for us because most of that business happens from December through February, which for us has historically been the slowest time of year.”

However the business is generated during the winter months, the end result is a much-needed influx of revenue during a time of a year it can be difficult to come by. We’ll stop short of calling it icing on the cake, because there is no such thing in today’s golf economy, but it’s certainly a boost in the arm for facilities looking to grow the bottom line.

It’s also proof that Hilton Head and southern Beaufort County are exactly what they set out to be: world-class golf destinations regardless of what month the calendar reads.