NO MATTER HOW OTHERS MIGHT UP THE GAME, THE AREA STAYS ON TOP

Ask anyone about Hilton Head Island, and the first or second thing out of his or her mouth likely will be our outstanding golf opportunities.

It has been that way for nearly 50 years, thanks to a gutsy move from a brilliant developer. 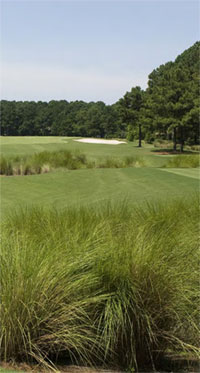 From the beginning, Charles Fraser wanted Sea Pines Resort on the southern tip of Hilton Head to be a family destination, not just a rich man’s playground. To become that, the area had to have more than beachfront and restaurants. Fraser drew up Sea Pines to have accessible beaches, meandering walking trails, top-of-the-line tennis facilities and designer golf courses.

The first course, the Ocean Course, was designed by George Cobb and opened in 1962. Sea Marsh (now Heron Point) was next, opening in 1964.

Soon, visitors began trickling over the bridges to explore this new resort.

But Fraser and company wanted more. That’s where the gutsy move comes in.

They came up with the wild idea of hosting a PGA Tour tournament at the fledgling resort, where the paint on the new homes and businesses was barely dry.

For the tournament venue, Fraser’s team pitched the resort’s third course, Harbour Town Golf Links, which was designed by the then relatively unknown Pete Dye and PGA Tour star Jack Nicklaus, who was trying his hand at designing courses.

What was bold was the fact the course wasn’t even done yet.

To infer golf had been around the island forever, Fraser dubbed the tournament the Heritage Golf Classic, noting that golf began in the Lowcountry in 1786. (The first known course in the area was about 100 miles away in Charleston, but that’s beside the point.)
Grounds crews worked nearly around the clock to finish the course in time for the tournament, slated for Thanksgiving weekend 1969.

Fraser couldn’t have asked for a better outcome. Arnold Palmer won with a score of only 1 under par, his first victory in 14 months. The media saturated the airwaves and magazine pages with stories about the tournament on a small island no one had heard of off the coast of South Carolina. They raved about the course, they raved about the natural beauty of Hilton Head Island and they raved about the resort. 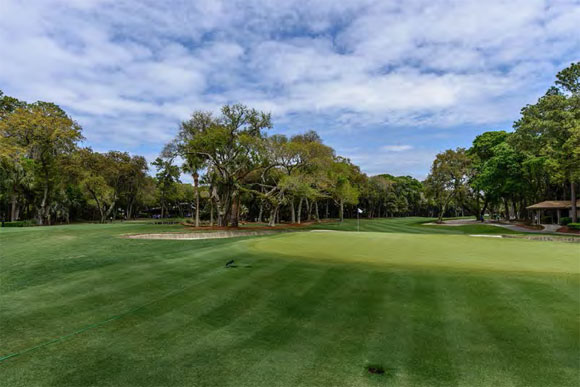 Hilton Head was officially on the map, marked with a flagstick.

The efforts paid off, sparking an influx of visitors from the Midwest and Northeast. They came in droves and wanted to stay, which prompted a building boom and a golf course bonanza. Over the next 20 years, nearly two dozen more courses were added, both public and private, spilling over into Bluffton and up the U.S. 278 corridor.

The ever-rising bar kept everyone on their toes. 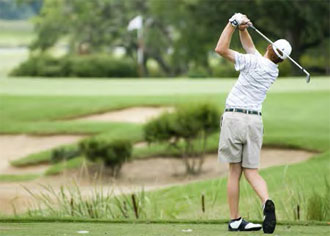 Not to stand by, Sea Pines updated the Ocean Course in the mid-1990s with the help of Mark McCumber. Next, the resort gave Pete Dye the keys to a fleet of bulldozers and gave him free rein to start over with the Sea Marsh course in 2008. It reopened as Heron Point as essentially a brand-new course.

Hilton Head hunkered down during the recent recession, but remodeling soon resumed at warp speed.

Sea Pines has poured $50 million into renovating the shared clubhouse at Ocean and Heron Point and the clubhouse at Harbour Town, which was finished just in time for this year’s RBC Heritage Presented by Boeing.

Then, as soon as the tents pack up after the tournament, Harbour Town Golf Links will close to get a complete turf overhaul from greens to tees, said Cary Corbitt, vice president of sports and operations for Sea Pines Resort. The fairways will be covered with celebration bermuda and the greens with TifEagle bermuda and the irrigation system improved.

“We work very closely with the PGA Tour on our plans," Corbitt said, ensuring nothing jeopardizes the 47-year-old tournament.
Once Harbour Town is reopened, the Ocean course will close so Davis Love can remake it.

“We’re building world-class facilities and operating them in a world-class manner,” Corbitt said. “We’re not stuck in the past."

How to remain irresistible

Meanwhile, Port Royal Plantation is testing FootGolf on its Planters Row course Thursdays through Sundays. The game mimics golf, but it’s played by kicking a soccer ball around the course and trying to “putt” it into a 21-inch-wide hole.

At Palmetto Dunes Oceanfront Resort, the George Fazio course was named the 2014 course of the year by the local golf course owners association, an impressive honor given its competition.

“We compete equally with the top destinations across the world,” Corbitt said. “Golf is so accessible, not only for vacationers, but for residents.”