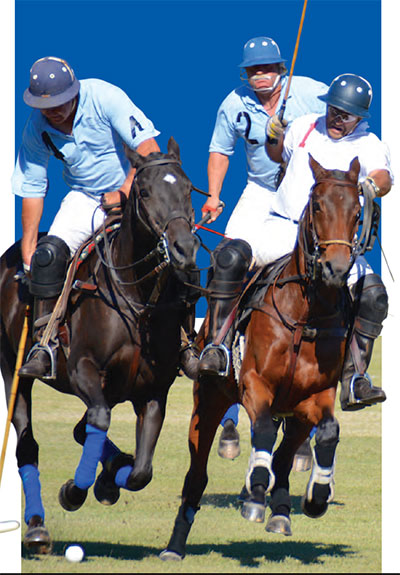 There are few better ways to spend a fine October afternoon in the South then eating, drinking, socializing and watching an action-packed polo match.

And it doesn’t get much better than the annual Okatie Rotary Polo for Charity fundraiser, kicking off this year at noon Oct. 22 at the Rose Hill Equestrian Center. This year, local nonprofit organizations and area charities like Paws4Vets and Foundation for Eductional Excellence are the beneficiaries.

Event founder Iva Welton brought polo to the Lowcountry in 1982, when there were six matches held in the fall and six in the spring. She was largely responsible for the Lowcountry’s fascination with the sport. Before launching the annual tourney, Welton gave herself a crash course in the world of polo, traveling from Toronto and Atlanta to the Polo World Cup in Palm Bech, Florida. Five years after Welton launched the event with dentist Sandy Termotto, the Okatie Rotary took over and the rest has become Lowcountry polo history. 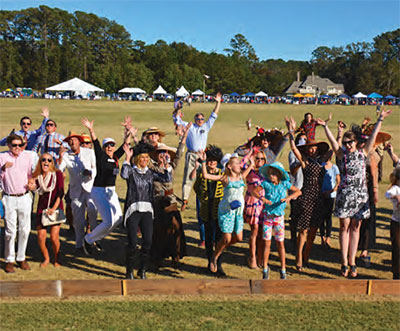 Played on horseback, the objective of the game is for riders to score by driving a small white plastic or wooden ball into the opposing team’s goal using a mallet. A celebration of the special bond between humans and horses, polo demands athletic talents from both mount and rider. Ponies are expected to be intuitive by nature, calm and very responsive, which allows them to channel their energy into the game. Most “polo ponies” measure approximately 15.1 hands on average, but they can be up to 16 hands. In the U.S., quarter horses have been bred with thoroughbreds to acquire the most desirable qualities of each breed.

And attending a polo match can be just as much fun as playing polo — as long as tournamentgoers brush up on their match etiquette. The Rotary Club event is the perfect event to see and be seen. Spectators often dress to impress, in outfits that are sophisticated yet relaxed. Ladies like to finish their looks with wide-brimmed hats. But leave the high heels at home; spikey heels will keep wearers from participating in the “stomping of the divots,” traditionally at halftime or between matches. Often accompanied by Champagne, the divot stomp serves two purposes: it gets the crowds out on the field to enjoy a stretch, and it helps repair the divots that the ponies create on the field. When not out on the field, polo fans should be calm to avoid startling the horses, but loud bursts of applause following a great play are not just encouraged but appreciated.

The 2017 Okatie Rotary Polo for Charity will be held Oct. 22 at the Rose Hill Equestrian Center in Bluffton. Gates open at noon and the match begins at 2 p.m. Tickets are $20 at the gate and $15 per person in advance. Children younger than 12 are admitted free.  For information, call 843-298-3055 or email rotarypolo@hotmail.com.