The Southeast Biking Symposium will bring some of the biggest names in cycling and urban planning to the island for a different kind of conference.

In recent years, small Hilton Head Island has seen its profile skyrocket as the Southeast’s new hot spot for the converging worlds of cycling and urban planning. Thanks to the efforts of the Town of Hilton Head and the Hilton Head Island Visitor and Conventions Bureau, not to mention immense public support from area businesses and community leaders, the island has been designated as the only Gold-Level Bike Friendly Community in the Southeast.

And with a new groundbreaking conference set for March 23-25, its reputation in the bicycle tourism space will reach a new level. The Southeast Biking Symposium will bring together a who’s who of the cycling world’s pre-eminent thought leaders, civic planners and local leadership to chart the Southeast’s future as a bike-friendly region.

What makes this symposium different — apart from the massive names attached to it, including Tour de France cyclist Christian Vande Velde and Andy Clarke, former president of the League of American Bicyclists — will be its exciting open-air format, along with the traditional conference rooms.

The Southeast Biking Symposium will take participants onto the trails and beaches of Hilton Head, allowing for first-hand exploration of the town’s brilliant approach to marrying cycling and planning.

“The Southeast Biking Symposium will be a great way for leaders to learn and exchange ideas about best practices in helping transform the Southeast,” Clarke said. “What we do here will create a blueprint that will effect lasting change on Hilton Head Island and beyond.” 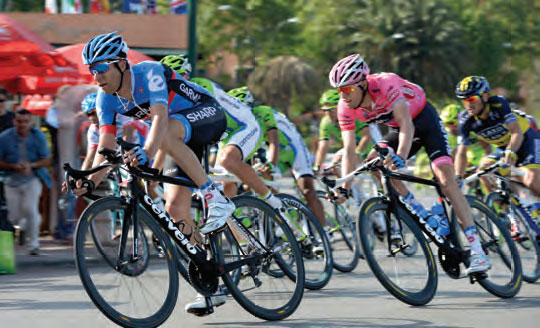 The Southeast’s reputation as a haven for two-wheeled athletes and explorers is already proving to be a major force for positive change, transforming how we build and grow, and opening new avenues for tourism revenue and overall quality of life. Hilton Head’s golf-level status makes the island just one part of a movement in which towns and cities all over the region are discovering how much good can be done at 14 miles an hour.

Take Augusta, for example; it made a huge investment in cycling culture and is seeing a massive return. Or in Macon, where an ingenious initiative called Macon Connects created unique “pop-up” cycling lanes and earned overwhelming community support. Or along the proposed East Coast Greenway, which could create a cycling path stretching all along the East Coast. Each of these represents the Southeast’s growing commitment to the lifestyle, and will be covered as breakout sessions during the symposium. 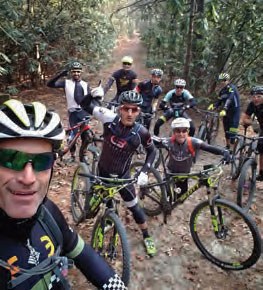 “The Southeast is perfect for cycling,” said Vande Velde. “That’s why I chose to live here — the weather and the opportunity to train year-round. Now that I’m here, I’m in love.”

Joining members of the cycling world will be some of Hilton Head’s civic leaders who have championed the cause of cycling tourism and infrastructure on the island. World traveler, Huffington Post and The Washington Post blogger, and Hilton Head local Ashley Trexler will share how to encourage parents to explore their world through biking during the symposium. In addition, Ariana Pernice, vice president of the Hilton Head Island Visitor & Convention Bureau, will address future biking tourism and trends for locals and visitors.

“I am very excited to be investing in this symposium,” Pernice said. “This not only brings visitors from all over the region to our island, but helps us open fresh new avenues for tourism and creates an entirely new dynamic for the island’s massive appeal as a destination.”

The Southeast Biking Symposium will have an impact on a movement that is already allowing the region to reinvent itself. By hosting the event, Hilton Head puts itself forward as a leader in this movement, helping to elevate its own profile while shifting the entire region into high gear.