HABITAT FOR HUMANITY FULL SPEED AHEAD AT THE GLEN

Carolina Ramirez usually has a smile on her face, and she giggled when she said, “We’re calling this ‘the waiting house.’”

Her home at Hilton Head Regional Habitat for Humanity’s The Glen neighborhood is months behind schedule due to the COVID-19 pandemic, but she and her three kids never lost hope that they’d soon be living under their own roof. Now their dream of homeownership is becoming reality: The family will move in this month.

Weight loss resort Hilton Head Health expects to open the Sweetgrass Inn by January 2021. The 18,000- square-foot property will have 30 guest rooms, a game room and theater room. It will also include a rocking chair porch that overlooks Hilton Head Health’s heated pool.

Court Atkins Group has renovated and relocated to the former Red Fish Restaurant building in Bluffton. James Atkins said the main goal was to get the firm’s entire team at one location.

BLUFFTON SELF HELP PROVIDES AID FOR MANY

“This is the most generous community I’ve ever worked in,” Kimberly Hall said as she finished loading donated groceries onto a shelf.

Hall, who is executive director of Bluffton Self Help, pointed to Holly Ashby, who was getting in her SUV to leave, as an example of local generosity. Ashby collects food donations from other residents in Sun City Hilton Head and drives them to Bluffton Self Help. Since the COVID-19 crisis began, she has brought in more than 2,000 pounds of canned goods and other non-perishables for the nonprofit’s food pantry.

Keeping the Lowcountry safe during the coronavirus pandemic has been a community effort. From medical professionals to kind-hearted neighbors, the work of many unsung heroes has helped lift spirits and provide comfort.

A pressing need for face masks inspired a number of volunteers throughout the area to make hundreds of them, including Hilton Head Island resident Paula Traver and the team at the Arts Center of Coastal Carolina’s costume shop.

JACKIE ROSSWURM TAKES THE REINS AT COMMUNITY FOUNDATION OF THE LOWCOUNTRY 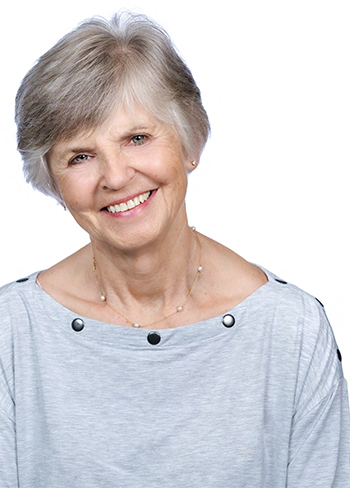 When times are tough, familiar faces are comforting. At Community Foundation of the Lowcountry, the organization’s new leader is an experienced executive who has led the way through many challenges and is known by Lowcountry residents from her work in education.

As the foundation’s new interim CEO and president, Jackie Rosswurm replaces Chris Kerrigan, who left Community Foundation of the Lowcountry after only a year, returning to Charleston to be with his family. Rosswurm, in contrast, has deep roots in Beaufort County — she has lived on Hilton Head Island since 1984 — and plans to be here for the long haul.

DESIGNER OF HARBOUR TOWN GOLF LINKS DIED IN JANUARY AT 94

Everyone who has ever played a Pete Dye-designed course or worked with the colorful architect has a story — players, caddies, tournament administrators, volunteers.

Dye left a legacy as a paradigm-shifting golf course architect and salt-of-the-earth character when he died at the age of 94 on Jan. 9 after a suffering from dementia for many years. The sharing of Dye anecdotes will be especially poignant this month even though the RBC Heritage Presented by Boeing is canceled. Harbour Town Golf Links was the springboard of his career, and Hilton Head owes the popularity of its PGA Tour event to his genius.

Ten high school seniors from Beaufort and Jasper counties are named Heritage Scholars each January, and all have outstanding academic records, volunteer in the community and are leaders among their peers. One of this year’s recipients is Felipe Mendoza of Bluffton, who was awarded a total of $16,000 from the Heritage Classic Foundation and will attend the University of Chicago in the fall — which at one time seemed like an impossible dream.

FROM BUSINESS TO PHILANTHROPY IN THE LOWCOUNTRY AND ABROAD

It only takes a few minutes of conversation with Jim Hooker to find yourself at ease — his voice is, as the saying goes, as smooth as Tennessee whiskey.

It was his voice that led him to Valparaiso University; by his junior year, he was the college radio station’s general manager and his career in commercial broadcasting was born.

Few New Yorkers have the audacity to host 184 people in a studio apartment. But Chris Schembra did so every week for a year, donning an apron and a smile while putting guests to work before sharing in the centerpiece of the night: a simple bowl of pasta.

I am lucky to count myself as one of over 800 people Schembra brought together that year for what became known informally as the 7:47 Club — for the time the pasta is dropped in the pot. The networking events soon became Schembra’s full-time pursuit as the waitlist grew and he flexed his chops as a former theater producer, expanding his dinner model for business owners and their clients across the country.