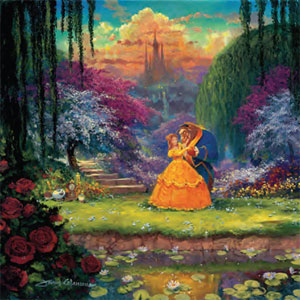 “I remember getting off the plane (during our first visit to Hilton Head) and just looking around in amazement because it was so different,” says Coleman, whose art has been displayed at the mid-island Endangered Arts Gallery since it opened 20 years ago. “I was just assuming trees would be trees, but of course they aren’t. The variety of trees, the Spanish moss, the way the light creeps through the trees – it just was magical.”

If you were not previously familiar with Coleman’s work (which, let’s face it, is hard to believe given the fact that “The Little Mermaid” was released 25 years ago and remains one of the most popular Disney features of all time), you are now:  Flip to this issue’s cover and you’ll realize you’re holding an original Coleman in your hands.  The California-based fine artist painted the scenes for the September covers of both Hilton Head Monthly and Bluffton Monthly using as inspiration photos taken by his longtime friend and Endangered Arts Gallery owner Julie Rogers.

“When you have great photographs to work from like this, it is really a joy,” says Coleman, whose work will be featured in an upcoming exhibit for the gallery’s 20th anniversary in October.  “A lot of times when I’m painting on Hilton Head, I’m just painting from my mind’s eye.”

His mind’s eye is keener than most, as evidenced by his 22-year career at Disney, where he created entire worlds using nothing but a script and some creative collaboration. Though at the pinnacle of his Disney tenure he was in charge of the background art department, Coleman started in the mail room.

“I thought I wanted to be a broadcaster; I had a deep voice. Because ‘artist’ is something that everyone said, ‘It’s a nice hobby, but you can’t make a living at that,’” Coleman recalls. “So I went to work in the mail room, working around all these amazing artists, watching them paint, bringing them their art supplies. Six months in they had a show at the studio where anybody could put a piece of artwork in – even a mail boy could – so I put a landscape in the show.  And then I saw Roy Disney in the hallway and I got up the nerve to ask him to go look at my painting. He did, and he bought it. That was my first collector, which was pretty impressive for somebody who hadn’t taken an art class.”

Within a couple years Coleman was asked to join the art department, trading his mailbag for his own paints and palette. In true Disney fashion, it was a dream come true. 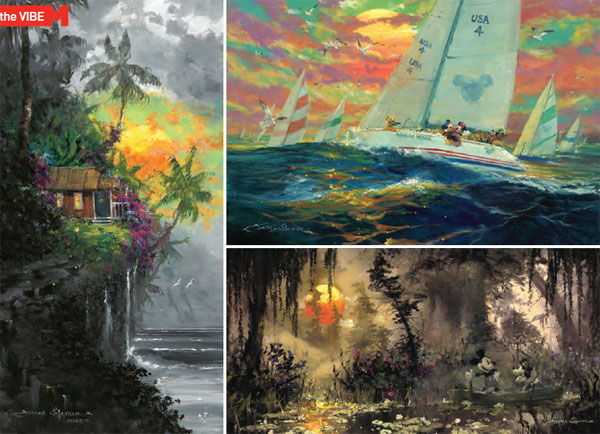 “The first time I saw a film I’d worked on – my artwork up on a huge screen in a Disney film – I just couldn’t believe it,” he says. “Virtually every home in this country has those films. So they have my artwork! Millions and millions of people have seen my artwork. … It makes me feel so blessed to have been given the opportunity to do this.”

Bolstered by the confidence his job gave him, Coleman began pursuing a second dream – to become a fine artist with work displayed in galleries around town and across the country. While that dream was fairly quickly realized, he had to make peace with the style of art he preferred, which, it turns out, has a soft vibrancy and whimsical feel that is very Disneyesque. 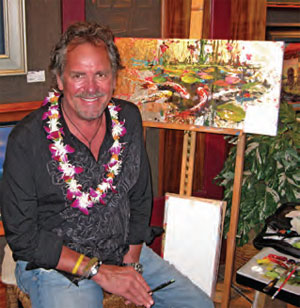 “There were times when I was painting very muted fine art pieces, trying to be ‘more artistic,’ as it were,” he says. “And then I started realizing that I was kind of trapped into thinking I had to have something really different. If I talked to a young person now I’d say, ‘Just go with who you are.’”

Following his heart meant leaving Disney to branch out on his own in the early 1990s. He says he left just in time, as technology was shifting the entire process of filmmaking – including the creation of animated backgrounds.