Advanced Aesthetics Academy, owned by Heidi Daly, has opened on Dermis Avenue in Hardeeville. The academy will offer instruction in aesthetic treatments, clinical rotations and elements of running a spa like client service, inventory and retailing. Students will earn more than 450 hours of training and will be able to apply for licensure as an aesthetician. Daly is a longtime resident of Hilton Head Island who has been an aesthetics instructor for nine years. Enrollment is open now. 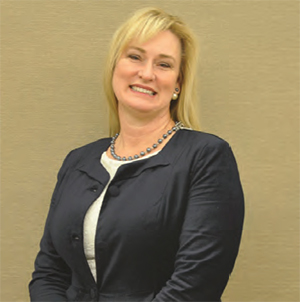 Kaylynn Evans has joined the team at Vineyard Bluffton assisted living facility and its parent company, Valeo Groupe. Evans will serve on Valeo's executive leadership team and will be responsible for the operations of Vineyard Bluffton, a 96-bed assisted living facility with a focus on memory care. She has more than 12 years of experience in health care and eight years of experience in dementia care. She is a NCCDP-certified dementia trainer and certified dementia care manager. Vineyard Bluffton is expected to open later this year.

OUTSIDE BRANDS HAS NEW COO 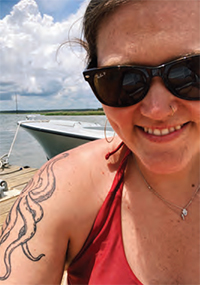 Outside Brands has added Jordan Treadway as chief operating officer. Treadway started with the company in 2005 and held several roles from retail to kayak guide to director of reservations. She then worked at J. Banks Design for four years as design assistant and then director of operations before returning to Outside Brands recently. Treadway has a bachelor’s degree from Clemson University in business management with concentrations in Spanish and Economics.

Christina Brzezinski has joined the team at Coastal Carolina Hospital as its new chief nursing officer. Brzezinksi has more than 25 years of health care experience and previously served as the director of complex care at Hilton Head Hospital. She has a bachelor’s degree in nursing from the Medical College of Ohio and a master’s degree in business administration from the University of Toledo. 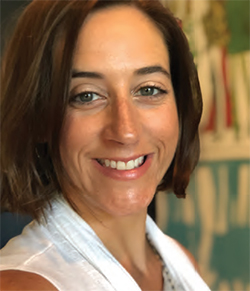 May River Counseling has opened in Bluffton and will serve adolescents and their families, as well as offer individual counseling for adults including women who have lost a pregnancy or who are struggling after an abortion. May River Counseling is owned by Jessica Bender, who has a master’s degree in professional counseling from Liberty University and is licensed by the state of South Carolina as an LPCA.

Palmetto Dunes Oceanfront Resort on Hilton Head Island has been named “The South’s Best Wedding Venue in South Carolina” by Southern Living magazine. In addition, for the fourth year in a row, the resort’s wedding and events team was voted a WeddingWire Couples Choice Award winner. The resort specializes in weddings large and small, featuring beachside accommodations and a golf course setting. 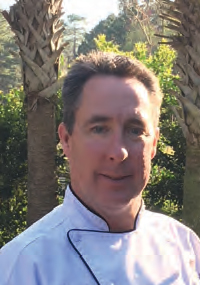 John Soulia has been hired as the new executive chef of Long Cove Club. He brings more than 21 years of culinary leadership and management. Previously, he worked as director of food and beverage and executive chef at Berkeley Hall for six years. Soulia has a degree in culinary arts from Johnson & Wales University, as well as continuing education in the Culinary Institute of America and The Gourmet Institute.

Hilton Head Preparatory School has announced the hiring of Patti Maurer as its new artistic director. Maurer will direct and choreograph the school’s theater productions, as well as teach and manage the performing arts department. She has recently been accepted into the Stage Directors and Choreographers Society and is also the chair of the Arts and Cultural Council of Hilton Head Island and the executive director of the Island School Council for the Arts. She has hundreds of dance, musical and directing credits with national and international productions. Maurer has a bachelor’s degree in dance and psychology from the University of Colorado at Boulder and was named a South Carolina Arts Commission Top 40 Arts Educator.

Greg Weppner has been promoted to food and beverage manager. Previously, Weppner was the general manager at Sea Pine Resort’s Frasers Tavern and Plantation Clubhouse.

John Taylor Griffin has been promoted to executive chef, bringing more than 15 years of experience to his new role. He previously served as the head chef at Marshside Mama’s Cafe on Daufuskie Island.

Ian Gordon has been promoted to executive sous chef at the Clubhouse Grill Room, after more than 12 years at Haig Point.

Simone Concas recently joined the team as the new executive sous chef at the Calibogue Club. Concas was previously the executive chef of Belfair Country Club.

Damion Buddington has been promoted to restaurant manager and brings more than 10 years of hospitality and food service experience to his new role.

Sarah Sheedy will take over the role of events and catering coordinator.