Also in Sea Pines, Tim Cooke, director of instruction at The Golf Learning Center at The Sea Pines Resort, has been named to Golf Magazine’s list of Top 100 Teachers in America for 2019-20. It is the second consecutive year that Cooke has been selected for this honor. 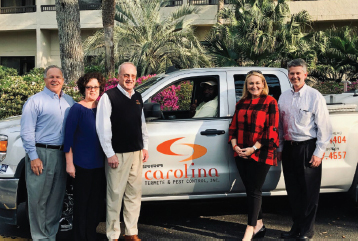 Arnold will serve as general manager of the Robert Trent Jones Course. Originally from Owensboro, Kentucky, Arnold joined the resort as a golf assistant in 2008. He studied sports administration at the University of Louisville.

Darbonnier is the resort’s new group golf sales coordinator. Originally from St. Charles, Missouri, Darbonnier was accepted on a golf and academic scholarship to Northwood University in West Palm Beach.

McKee will serve as assistant manger at Alexander’s Restaurant & Wine Bar. She is originally from Lexington, Kentucky. She owned and operated several restaurants in Charleston before relocating to Hilton Head Island, and is also a licensed real estate agent.

Woodward is the chef de cuisine at Alexander’s Restaurant & Wine Bar. Woodward joined Alexander’s in November 2018 as sous chef. Woodward graduated from the Culinary Institute of America and previously worked for national brands like Whole Foods and Microsoft. 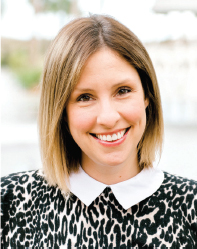 Lindsay Wooten has joined the staff at Sonesta Resort Hilton Head Island as the new conference services manager. In her new role, Wooten will be responsible for coordinating meetings, conventions and events at the resort. Previously, she served as catering sales manager at The Ridge Hotel in Lake Geneva, Wisconsin, as well as multiple hospitality positions at resorts throughout the country.

Warner Peacock, chairman and CEO of Peacock Automotive, has been named the Jasper County Chamber of Commerce Business Person of the Year. The Jasper County Chamber of Commerce presents this annual award to an individual judged to exhibit the qualities of a model business person. The award criteria call for the honoree to be an executive for an established business with a substantial history, one that exhibits growth in the number of employees and an increase in sales, responds effectively to adversity and contributes to community projects. Peacock and his companies take an active role in community charities. 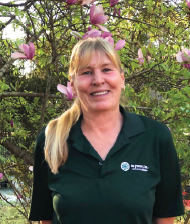 Catrina Dickinson has joined the team at The Greenery as a regional seasonal color manager. In her new role, Dickinson will oversee the floral technicians, coordinate maintenance schedules and evaluate the performance of color beds to ensure optimal appearance year-round. She graduated from the University of California Santa Barbara and has more than 15 years of experience in floral design and maintenance. She is a recipient of the MALTA award for her commercial color displays and received the Hilton Head Island Beautification award for the Port Royal Plantation entrance.