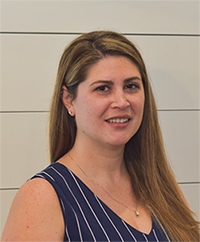 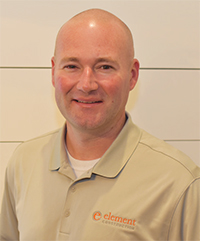 Cameron & Cameron Custom Homes has unveiled its new name: Element Construction. The Lowcountry custom homebuilder was founded eight years ago by the late Nathan Cameron, specializing in luxury home construction in local communities like Colleton River, Palmetto Bluff, Spring Island and others. Element Construction will remain under the leadership of partners Eldred and Brandon Edwards and will retain all current staff, including project managers, office staff, preferred vendors and craftsmen.

The Heritage Classic Foundation has hired Alexis Romero-Grove as director of foundation initiatives and event planning. In her new role, she will oversee charitable programs and special events. Previously, Romero-Grove served eight years at The Sea Pines Resort. As an Ohio State University student, she first came to Hilton Head Island as an intern at The Sea Pines Resort. After graduating with a degree in professional golf management, she came back to work full time at the resort, first as a golf assistant and most recently as a conference services manager. Romero-Grove grew up in Youngstown, Ohio.

Eight members of the Society of Bluffton Artists are exhibiting paintings and photographs at Cornerstone Physical Therapy and Wellness’s new location in Bluffton at Seagrass Station on S.C. 170 across from Sun City Hilton Head. The exhibit features photographs and abstract and landscape paintings in a variety of mediums. For more information, call 843-757-6586 or go to sobagallery.com.

BARBERS OF THE LOWCOUNTRY ADDS TWO

Online used car retailer Carvana is now available for delivery to Hilton Head Island as part of its launch in Savannah. Customers are able to shop more than 15,000 vehicles on Carvana.com, in addition to arrange financing, trade in their current car, purchase a new one and schedule for it to be delivered as soon as the next day. Area customers can also sell their current vehicle to Carvana and schedule pickup.

Kristin Williams has assumed the post as executive director of Beaufort County Open Land Trust following a year as director of stewardship at the nonprofit organization. In her previous role, she was responsible for managing the trust’s 137 fee properties and conservation easements. Williams has 10 years of leadership experience in environmental protection and conservation as executive director of Friends of the Environment in Abaco, Bahamas. She is a graduate of the College of Charleston.

StoneWorks recently announced the hiring of Max A. “Andy” Johnson as the company’s new chief executive officer. Johnson brings more than two decades of leadership experience and business management to the team. He began his career at Mar-Mac Inc., a construction manufacturing company based in South Carolina. He also founded BottomLine Development Group, a business strategy firm in Camden. He has a bachelor’s degree in business from Presbyterian College.

Outside Brands has hired Jessie Renew and Abby Wirth to lead the company’s marketing efforts.

Wirth will serve as public relations manager. Previously, she served as the marketing and community outreach associate with Whole Foods Market and Coastal Restaurants and Bars. She earned a degree in Spanish and sustainable development from Appalachian State University. 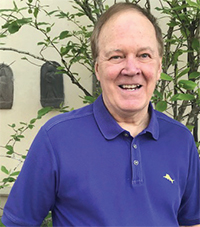 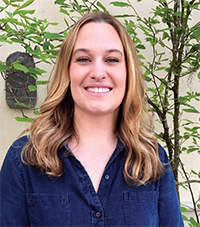 Steve Bailey and Christine Cannon have joined the team at Frey Media.

Bailey will serve as business development manager, complementing the existing sales team and representing all products and services across the board. Previously, he sold business information services for RICOH in the Chicago area. Bailey moved with his wife to Port Royal Plantation in 2016 and has recently led sales for Signarama, a local marketing signage solutions business.

Cannon has joined the company as a graphic designer on the art and production team. From a military family, she has a bachelor’s degree from USC in fashion merchandising and a master’s degree in design from SCAD. She lives in Beaufort.

Local entrepreneur and Lowcountry native Latia Nelson has launched a women’s empowerment statement T-shirt line called Bossè Sociètè, geared toward all women, with the purpose of spreading self-love, self-awareness and self-acceptance. The T-shirts feature bold statements that promote positive affirmations to shape self-perception and self-esteem. Bossè Sociètè will be releasing new designs every month. To be featured on Bossè Sociètè’s Instagram, those who support the movement are encouraged to use the hashtag #girlpower and tag @bossesocietebrandapparel in their posts. Shirts are now available for purchase at bosseapparel.com.

In its April issue, GOLF Magazine named Jason Baile, Belfair’s director of instruction, as one of the Top 100 Teachers in America. Baile also was named Best in State for 2018 by Golf Digest, as well as Carolinas Section Teacher of the Year. Previous recognition includes 2016 and 2018 wins as Hilton Head Island Chapter PGA Teacher of the Year. Baile has been with Belfair since 2012.