Jenna Irvin is the new owner of Pure Barre Hilton Head in Shelter Cove. She graduated from High Point University with a degree in sports management and purchased the studio after moving to Hilton Head Island after graduation. She previously was the owner of a Pure Barre studio in Frederick, Maryland. 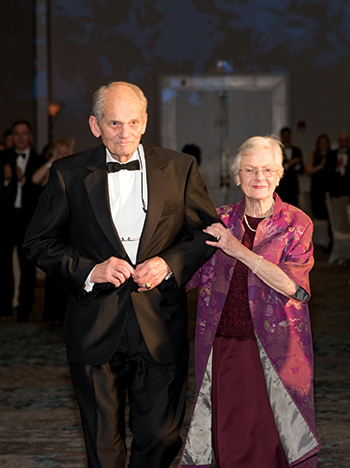 Over 400 people gathered at the Hilton Head Marriott Resort and Spa for the Hilton Head Island- Bluffton Chamber of Commerce’s annual ball, where Emmett McCracken of Bluffton was honored with the Alice Glenn Doughtie good citizenship award.

Christopher F. Kerrigan has been named as Community Foundation of the Lowcountry’s next president and CEO. Kerrigan succeeds Denise Spencer, who is retiring later this spring. Kerrigan has 30 years of experience in not-for-profit fundraising, administration, marketing and service delivery. Previously, he served as president and CEO of Trident United Way in the Charleston area. Kerrigan and his wife, Beth, have three children. He will begin work in early April.

Amy B. Szymanski has joined the team at H.O.P.E. Life Lymphedema and Rehabilitation on Hilton Head Island, bringing 10 years of experience in physical therapy and two years of specialization in oncology and lymphedema. Staff member Catherine Melnick of is now a certified lymphedema therapist through Casley-Smith International and Lori Anderson is now board-certified through the Lymphology Association of North America.

Dennis Ittenbach, owner of H.O.P.E. Life, recently received SCORE of the LowCountry’s Small Business Client of The Year award. H.O.P.E. Life offers physical, nutritional, social, and wellness programs for individuals and their families who are fighting or have fought cancer.

StoneWorks recently announced that Brian Baltzegar has been promoted to sales manager. Baltzegar has worked with StoneWorks for 18 years in design, sales and fabrication. He is from North Augusta, South Carolina, and previously served in the Navy.

Brandon Brown and Travers Davis have joined the team at Hilton Head Insurance and Brokerage as new agents.

Brown moved to Hilton Head Island with his wife, Christine, in 2018. He is originally from Birmingham and graduated from the University of Alabama in 2010. Previously, he worked for State Farm in Georgia and Protective Life Insurance in Alabama. He is a member of the Bluffton Chamber of Young Professionals Leadership team, as well as an ambassador for the Hilton Head Area Home Builders Association.

Davis is a native of the Lowcountry. He graduated from Hilton Head Christian Academy and earned a bachelor’s degree in economics from the College of Charleston. Previously, he served as an insurance provider for the outdoor recreation business. He was also a vital part of his family’s local outdoor recreation retail store for many years.

Tanger Outlets Hilton Head has announced new store openings slated for this spring.  Tanger Center One will welcome Vera Bradley and Southern Shades. Vera Bradley will be located next to Cole Haan in Suite 250, offering women’s handbags, travel items, fashion accessories and gifts. Southern Shades will feature sunglass brands including Costa, Maui Jim, Ray-Ban, Suncloud and more. The store will be opening in Suite 160, next to Famous Footwear.

In Tanger Two, My Secret Closet, a boutique offering clothing and accessories, opened next to Johnston & Murphy in January. Aerie, a sister brand of American Eagle, will offer intimates, apparel, activewear and swim. Aerie will be opening in Suite F100 next to Auntie Anne’s Pretzels.