Moss, a project architect at the firm’s Hilton Head Island studio, has worked with notable national firms including Wade Weissman Architecture of Santa Barbara and Historical Concepts of Atlanta. He specializes in historical preservation and has been recognized by the Missouri Historical Society and by the annual Palladio Awards for his traditional designs.

Rivalsky, Starland Studio’s newest project designer, received his master’s degree from SCAD this past spring. Rivalsky began his career as a draftsman at the Meleca Architectural Firm. He also worked as project manager at Marmol Radziner of Los Angeles, a firm specializing in high-end residential projects.

Following two successful internships at Court Atkins Group, new project designer Cannon earned her bachelor’s degree at the University of Cincinnati this year. Her prior experience includes an internship with Shremshock Architects and work with Janotta & Herner General Contractors of Ohio. 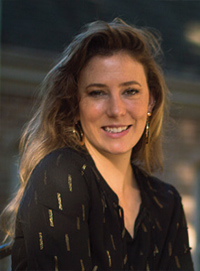 Luna & Lillie’s recently opened its doors in Main Street Village. The showroom features a variety of home decor and accessories to bring any room to life. Karli Dixon, born and raised on Hilton Head, has a passion for interiors and wants to share her love of design with the Lowcountry. Dixon will offer design assistance, a la carte bouquets/wreaths and weekly classes on decorating your own home.

Peacock Automotive celebrated the grand opening of its new $6 million Audi Hilton Head Island dealership. In addition to new automobile sales, the new dealership features a state-of-the-art repair center. It is also a dedicated Audi Sport facility, which provides an expanded inventory of high-performance Audi Sport models along with Audi Sport factory parts and accessories. During the grand opening and ribbon-cutting ceremony, the American Heart Association also kicked off the 22nd annual Heart Ball of the Southern Coast by announcing the gala theme. Audi Hilton Head is the Legacy Sponsor of the 2019 Heart Ball. 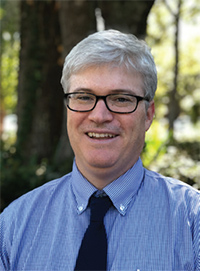 Parker’s was awarded the 2018 Convenience Foodservice Leader of the Year Award at the Convenience Foodservice Exchange Conference in Dallas. The convenience store industry’s leading foodservice award recognizes the top company when it comes to quality, excellence and innovation. Parker’s was recognized for expanding the Parker’s Kitchen concept to more stores and for providing a fresh, great-tasting menu to customers. Headquartered in Savannah, Parker’s operates 53 convenience stores across Georgia and South Carolina and employs nearly 1,000 people.

Ken Griner, who previously served as WTOC’s sports director, is the new co-news anchor for WTOC’s “The News at Daybreak.” Griner has won numerous awards for his work, including coverage of the RBC Heritage, high school sports and Georgia Southern football. He is a native of Savannah and was a standout athlete in baseball and football at Savannah Christian Preparatory School. He graduated from the University of Georgia and was a letterman for the Bulldogs baseball team.

Lindsey Nix has joined the team at Cora Bett Thomas Realty as the new marketing director. In her new role, Nix will be responsible managing online content, building brand awareness and creating all visual materials to support agents with promotion of the office’s listings. Previously, she worked as a senior graphic designer for BFG Communications and as the marketing design and support specialist for SNF Holding Company. Nix has a bachelor’s degree in graphic design from the University of Lynchburg and a master’s degree in graphic design from Georgia Southern University. Nix lives in Pooler with her husband.

LEARN ABOUT GOVERNMENT BENEFITS AT SEMINAR

Daphne S. Winthrow, a partner at Olivetti, McCray & Withrow law firm, has joined the board of directors at Hospice Care of the Lowcountry. Winthrow worked in the medical field as a registered nurse for 30 years before attending law school. As a board member, she offers knowledge of South Carolina law, as well as decades of experience as a medical professional to help Hospice Care of the Lowcountry offer quality end-of-life care and associated counseling to all who need it. She is originally from Marietta, Georgia.

Dr. Bill Storo has joined the practice at Seaside Pediatrics of Bluffton. Previously, Storo served as department chairman of Dartmouth Hitchcock Hospital for 10 years in Concord, New Hampshire. He also directed the hospital’s concussion department in sports medicine department and served as president of the New Hampshire Pediatric Society. He is a graduate of Dartmouth College and the University of Connecticut School of Medicine and completed his pediatric training at the University of Virginia.

Charles Wohl has joined the Don Ryan Center for Innovation as vice president of innovation. In the newly created position, Wohl will lead the organization’s business incubator and entrepreneurial ventures. Wohl brings global experience as an incubation program leader across various industries including aerospace, bio-technology, electronics and manufacturing. Previously, he served as executive director of Texas Capital Network and has been a named inventor on numerous patents. 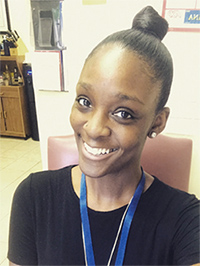 Demetra Ladson has joined the team at Volunteers in Medicine Clinic Hilton Head as the new medical records support manager. In her new role, Ladson will be responsible for the collection, entry and management of the clinic’s health care information and systems. She is a graduate of the University of South Carolina and has an MBA from the University of Phoenix. Ladson is from Hilton Head Island.

Dr. Chad T. Zehms has joined the team at Optim Orthopedics as a sports medicine surgeon. Zehms is a board-certified surgeon who specializes in orthopedic sports medicine surgery for musculoskeletal injuries. He was the trauma consultant for the Green Bay Packers from 2014-17. He has a medical degree from the Medical College of Wisconsin in Milwaukie and he served in the Navy for 12 years. During his time in the Navy, he was awarded the Navy Commendation Medal in support of Operation Enduring Freedom.