Chloe Butler has joined the Art League of Hilton Head team as its gallery assistant. In her new role, Butler will provide administrative support in the gallery, working alongside the general manager to coordinate daily tasks and facilitate artist correspondence. Previously, Butler has worked for a variety of businesses, ranging from a multi-partner law firm to independent art publications. She has a bachelor’s degree in art history and linguistics from Missouri State University. 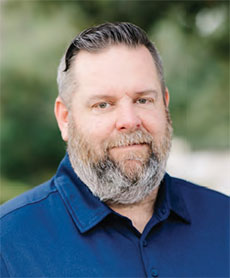 Chris Short has joined the team at Covert Aire as a residential accounts director. In his new role, Short will focus on the HVAC needs of long-term and short-term rental management companies. He is from Louisiana and attended Louisiana State University, and has lived in Bluffton for the past eight years, working as a DJ for a local radio station and as a general manager in food service. Short has been married to his wife, Deborah, for 18 years and they have four children.

The South Carolina Lowcountry Chapter of SCORE has been awarded a $5,000 grant to co-host the second annual Thrive women’s conference in September on Hilton Head Island. The conference, in partnership with the Hilton Head Island-Bluffton Chamber of Commerce, focuses on helping women learn, grow and increase their networks both personally and professionally. This year’s event will feature a networking reception, speaker panel and vendor showcase, followed by a daylong conference. SCORE is the nation’s largest provider of free business mentoring services to aspiring entrepreneurs and small business owners. 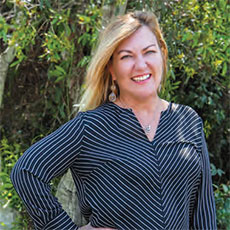 Sidney Rossi has joined Frey Media as director of business development. She is a professional sales leader with more than 20 years of experience.  After graduating from Western Kentucky University, Rossi started her career selling and managing Microsoft Business Solutions in Charlotte, N.C.  After seven years, she moved into the K12 Child Nutrition Software Industry. Most recently, Rossi was national account manager for Horizon Software International.

Emily Seigenberg has joined Sonesta Resort Hilton Head Island as a sales manager. She has five years of experience in the hospitality industry and has worked for various resorts, including a stint as an intern with Sonesta Hilton Head at the beginning of her career. In her new role, Seigenberg will lead sales strategies for corporate clients, weddings and small groups. Previously, she served as sales coordinator for The Westin Hilton Head Island Resort & Spa. 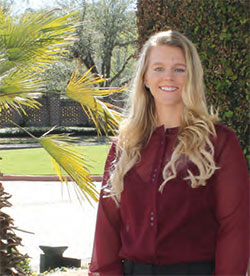 Clint Cole has joined the team at KML Computer Services as network engineer. He began working with the company in March at its Novi, Michigan, office. He has more than 10 years of experience as a technical service consultant and specializes in managed services, desktop, routers, switching devises, servers and firewalls. Locally, KML has offices in Bluffton; for more information, call 843-715-9800 or to go www.kmlcs.com.

After a full demolition and rebuild, Dan Vaden Chevrolet and Vaden Cadillac Savannah have officially re-opened for business. The state-of-the-art facility includes a modern showroom with multiple waiting areas, plus 28 service and four detailing bays. The campus also houses six body shop bays, two paint booths and four medium-duty truck bays. Vaden Automotive is one of the largest female-owned automotive dealership groups in the United States, selling more than 10,000 vehicles annually. The facility is located at 9393 Abercorn St. in Savannah. 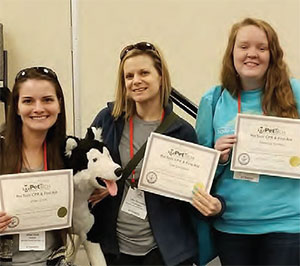 Dr. Claude Tolbert has been named Health Care Provider of the Year by the Jasper County Chamber of Commerce. Tolbert is board certified in obstetrics and gynecology and has been caring for women in the Lowcountry for more than 16 years. He joined the staff at Coastal Carolina Hospital in November 2016 and has extensive training in management of high-risk pregnancies, diabetes in pregnancy and minimally invasive single-site advanced robotic surgical techniques.

Tom Freeman, PA-C, MPAS, has joined the team at Lowcountry Spine and Sport as a physician assistant. He has 15 years of experience and earned his bachelor’s degree from Kettering College and his master’s from the University of Nebraska Medical Center. Previously, Freeman served for 10 years as a surgical technician in the United States Army. Freeman lives in Beaufort with his wife, Christine, and their five children.

HOUSE OF COLOUR OPENS IN BLUFFTON

House of Colour, the world’s largest personal color and style consultancy, has announced the opening of its newest franchise in Bluffton. Local resident and award-winning stylist Wendy Jacobs will run the new salon. House of Colour provides comprehensive personal analysis of both style and colour, analyzing clients’ skin tones and style to make suggestions to fit with each client’s lifestyle, budget and aspirations. For more information, go to www.houseofcolour.com/wendyjacobs.

The outparcel buildings at Sea Turtle Marketplace on Hilton Head Island have been completed and businesses are starting to move in. New businesses include Jersey Mike’s Subs, Another Broken Egg, Fiamme Italian Kitchen and Orangetheory Fitness. Opening dates for the new businesses will occur throughout the spring and summer.

Kelly Goldsmith has joined the staff of Relics Estate Sales & Consignments as a personal property appraiser. Goldsmith brings more than 20 years of experience in the appraisal and liquidation industry to her new role, specializing in furniture, fine art and decorative arts of the 18th to 21st centuries. Goldsmith is an accredited member of the International Society of Appraisers. For more information, go to relicsestatesales.com.

BARBERS OF THE LOWCOUNTRY PROMOTES ONE, CELEBRATES 20 YEARS

Dina Dobrivska was recently promoted to associate barber at Barbers of the Lowcountry. Dobrivska was the barbershop’s first student to graduate from Lowcountry Barber College and has been part of the team for four years. Dobrivska specializes in tight fades and old-fashioned taper cuts. The barbershop also recently celebrated 20 years in business during a commemorative party in April. Father-and-son duo Lou and Brent Nelsen started the shop in December 1997. Over the years, they have honed their skills in hair care, razor shaves and the finest of grooming products. For more information, go to barbersofthelowcountry.com.

Handbag designer Spartina 449 announced it is moving its headquarters to 10 Buck Island Road in Bluffton. The nationally known brand specializes in Lowcountry-inspired coastal chic handbags in a variety of colorful patterns. Spartina 449 will lease the 40,000-square-foot warehouse and office space at The Island Packet and The Beaufort Gazette building. Spartina 449 is available in 1,500 specialty retailers nationwide and has eight retail locations in the Southeast.

Parker’s convenience stores recently donated $25,000 to the Beaufort County School District as part of the company’s Fueling the Community charitable initiative. Parker’s president and CEO Greg Parker presented a check to school Superintendent Jeff Moss at a school board meeting in Bluffton. The charitable initiative was launched in 2011 and donates money to public and private schools in every community where Parker’s operates stores. Since the inception of the Fueling the Community program, Parker’s has donated $80,000 to Beaufort County schools.

Mary Marshall has joined the board of directors at Second Helpings. She is a resident of Dataw Island and an experienced nonprofit executive director and former product support manager. Previously, Marshall was a forest products customer service and product support manager for 20 years. In addition to Second Helpings, she volunteers at St. Helena Elementary School and is active with the owners association of the Smoky Mountain Country Club community.