By Barry Kaufman | Photos by Rob Kaufman at Peaceful Henry’s

Some leading men are born to find one overarching passion in their life and follow it with dogged determination, never straying from their appointed path. Some leading men, however, are more diversified. We call them things like “serial entrepreneurs” and marvel at their seemingly bottomless ability to find their next passion, and their steadfast dedication to keeping so many irons in so many fires.

Mario Martinez is one such leading man. His passions are not singular, they are legion. He is a leading man with goals and ambitions that have taken him all over. In every endeavor, you see his tenacity and his dedication shining through. His latest brought him to Oaxaca, Mexico, where he discovered a spirit that revels in the inimitable flavors of mezcal. It’s called Sacapalabras, and Martinez has made it his mission to bring it to the Lowcountry.

“They call it ancestral mezcal. It’s 100 percent handmade; kind of like the Pappy Van Winkle of mezcals,” he said, referencing the notoriously hard-to-find bourbon. Rather than artisanal mezcal, which is produced by machines, Sacapalabras is hand-crafted using techniques that date back centuries. “The flavor is far stronger than regular mezcal, which makes it smoother than anything else you’ll drink.”

Made from wild agaves, Sacapalabras is a small-batch love letter to mezcal, hand-crafted to coax out each flavor of the agave by a time-honored process that makes each bottle special. 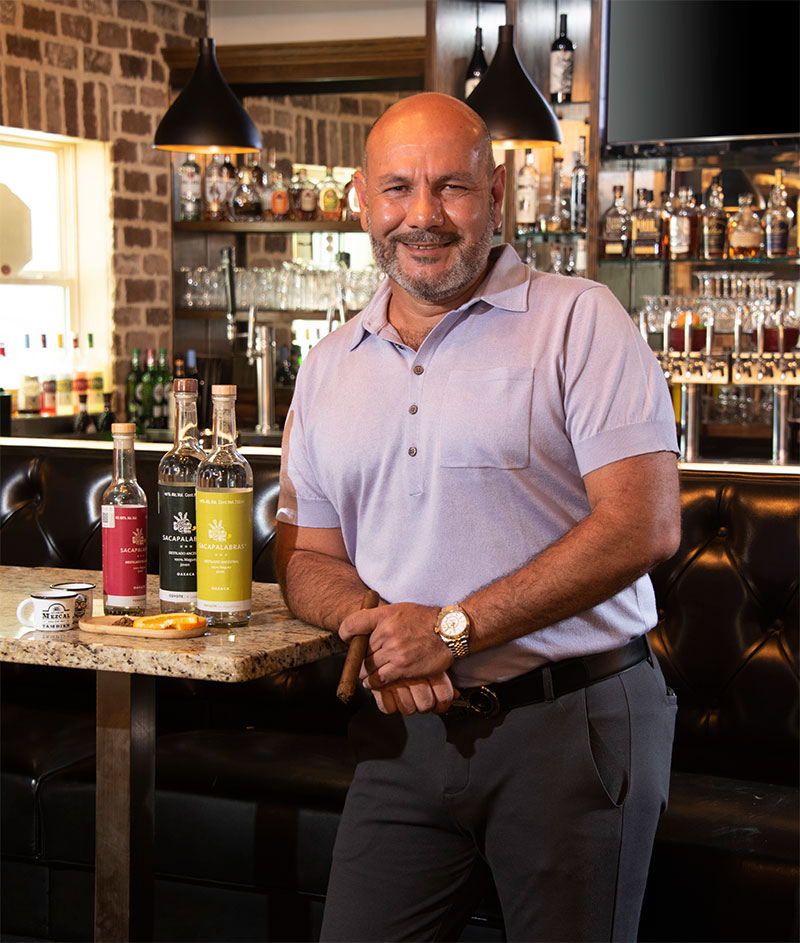 Already Martinez has brought Sacapalabras to bars, restaurants and liquor stores as far afield as California, Texas and New Mexico, but by year’s end he hopes to bring it here. After all, the fertile soil of Oaxaca may grow the best wild agaves for mezcal, but the soil of the Lowcountry is where his entrepreneurial dreams have flourished. Apart from Sacapalabras, Martinez also helms small business consulting firm Innova along with several construction companies.

“What I do with Innova is advise people on opening a business and helping it to grow,” he said. That sage advice is part of the suite of offerings that have made his firm such a vital part of the community. Beyond bookkeeping, taxes and payroll, Innova is there to guide small businesses. “A lot of people see me as the tax guy, but it’s more than that. The taxes help me to analyze a business, then we use that data to help them grow.”

And if you’re going to take business advice from anyone, it should be from a leading man whose business savvy, insight and enthusiasm have taken each of his endeavors to new heights.

“I like to diversify. You always have to be looking for new opportunities,” he said. “The way I see it, if tequila is huge, mezcal is the father of tequila and will be ever bigger. It’s a great opportunity to get into the business.”