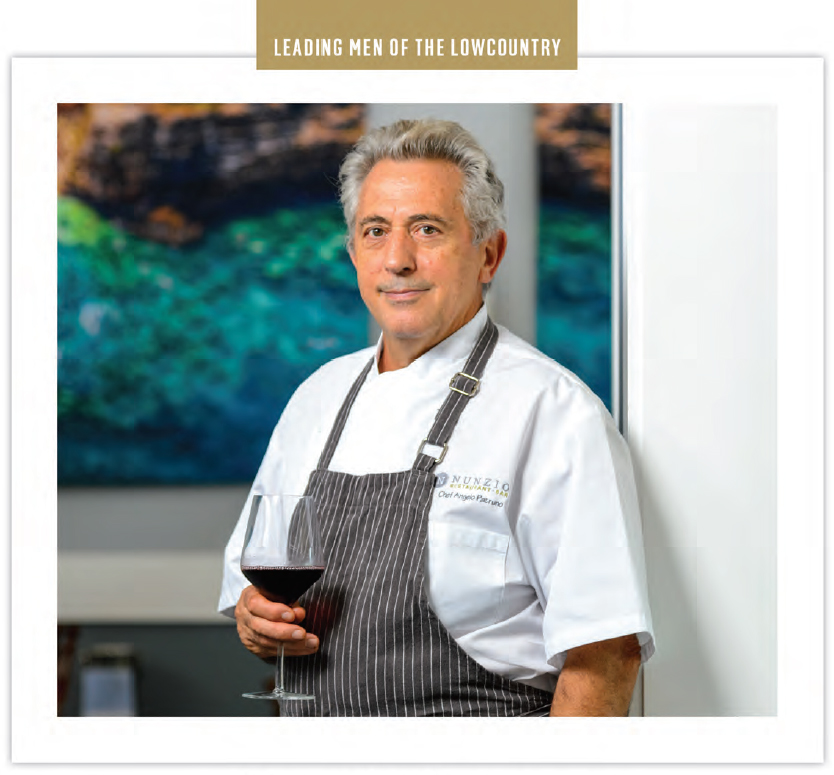 But you may not know as much about Nunzio Patruno, the restaurateur whose name is on the sign. But the more you learn of his road to Hilton Head Island, the more you respect the craftsmanship behind each dish.

“Before I opened restaurants, I had to start in the trenches,” said Patruno.

In his case, the trenches ran through kitchens across the culinary mecca of Italy. Starting out as a teenager, he honed his craft among the varied regions of Italy and eventually into the South of France, cooking in Monte Carlo. At each spot, he absorbed the ingredients and traditions that set the various regions apart and added to his skillset as a chef.

He made the leap from chef to restaurateur at the same time he made the journey to the United States, landing in Philadelphia with several partners in opening several successful restaurant concepts throughout the city. An 18-year stretch as a solo restaurateur in New Jersey followed, building his reputation as a true master of authentic Italian cooking.

It’s a reputation for quality and a hard-earned depth of culinary acumen he brought to bear at Nunzio. And when you sample the tantalizing array of Italian dishes on offer here, you may not realize it, but you’re tasting the delicious results of a passion for cooking and a career spent honing a skill into an art.