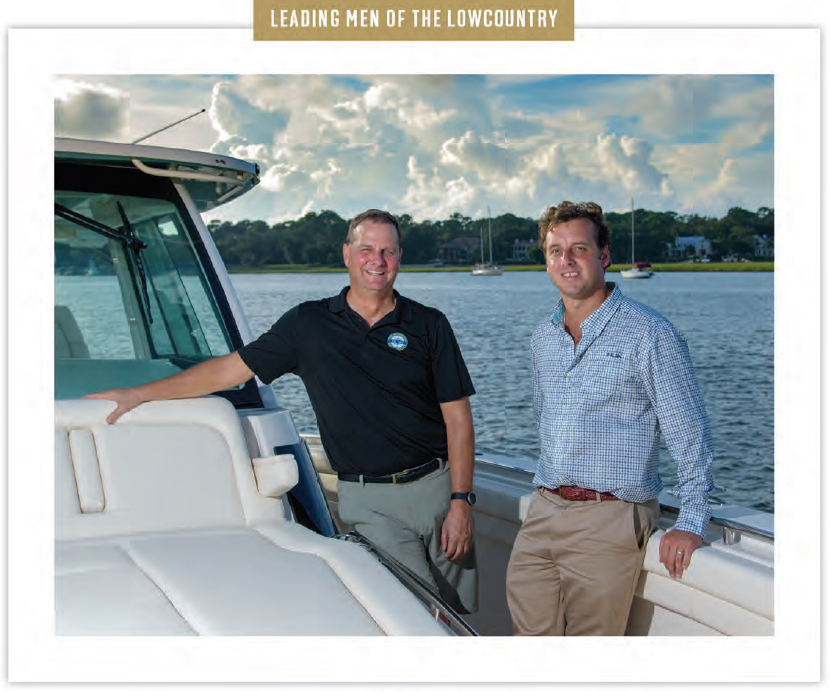 It’s a brand-new day for Hilton Head Island’s boaters, and few know that as well as Grant Kaple and Kuy Scott. As general manager for Hilton Head Boathouse since 2008, Kaple has overseen a slew of expansions over the years. As project manager for Palmetto Bay Marina, Scott has spearheaded a complete reinvigoration of the property following the devastation of Hurricane Matthew.

And as two key figures in a parent company that now controls both entities, they are ushering in this brand-new day.

“Boating has become bigger this year, in part because families are spending much more time together during the pandemic. It’s a great way to be outdoors and enjoy everything the Lowcountry has to offer our community,” Kaple said. “Our facility, and our dry stack, have become extremely popular, and that’s why we’re expanding… Now that we have access to Palmetto Bay Marina, the natural segue is for us to head in that direction.”

“With both facilities sharing an owner, we thought the two assets brought together could create a lot of synergy,” said Scott.

At the Boathouse, that means expansion to the dry stack to accommodate the growth that the average boat has undergone since the stack was built in 1987.

At Palmetto Bay Marina, in addition to a complete overhaul of the marina itself, that means bringing in the sales and service that once was housed at the Boathouse.

“We think that will be a great addition to the mix over at Palmetto Bay Marina,” Kaple said.

Ultimately, it comes down to creating a better boating experience.

“That’s what we’re doing,” said Kaple. “Making the boating process as easy as we possibly can so you can spend more time enjoying your boat.”