Luke Haro was attending a private online school when he was assigned a project that inspired him to change the lives of people around the world.

Last school year, the Bluffton boy attended Valor Global Online, a Christian school that focuses on philanthropy and entrepreneurship. In his global impact class, Luke was required to lend $25 to an individual through a nonprofit organization called Kiva and to create a video asking others to do the same.

Luke decided to go way above and beyond what his teacher required of him. He spent his entire spring break building a website and setting up a GoFundMe page to raise more money so he could give out loans to more people.

“I saw a great opportunity,” Luke said. “It was something so simple yet so big.”

Luke didn’t really think he’d be able to get people interested in helping with the project. But once he got into it, he was having so much fun that he didn’t want to stop. 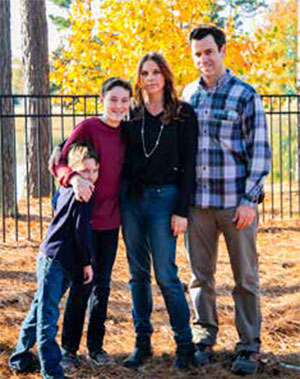 Kiva uses crowdfunding to provide loans to people in underserved communities around the globe, allowing people to start businesses, pay school tuition or just provide necessities for their families. Loans start at $25. The loans are vetted and approved by the organization.

Luke was able to choose whom he wanted to lend money by going on Kiva’s website and looking through the various requests for funding. His first loan went to Joshua in Nairobi, who needed money to purchase a vehicle to deliver clean water to cities and towns in need.

Now a seventh-grader at McCracken Middle School, Luke continues to change lives through Kiva. His original goal was to give out 100 loans by the end of 2021. He reached that goal in November, and by early December the 12-year-old boy had given out 107 loans worth a total of $3,575.

“It’s great, but I know there are so many more people, so I’m going to keep going,” Luke said.

When Luke told his mom that he wanted to give out 100 loans, she didn’t think it was possible.

“Seeing him fulfill his vision has been so inspiring,” Melanie said.

Another one of Luke’s goals is to lend money to people in as many countries as he can. So far, he has covered 43 countries. According to Kiva’s website, the organization serves borrowers in more than 80 countries.

“He got a big wall map and labels each new place as the loans go out,” Luke’s father, Chris Haro, said. “He’s like a James Bond villain in reverse. ‘Where’s this one located? Have I funded anyone there yet? I have to loan there too.’”

Luke was just certified in CPR through Civil Air Patrol, and he took his first orientation flight in November. In June, he won “Top Gun” at Aviation Challenge Camp, which is part of Space Camp in Huntsville, Ala.

Luke hopes to study abroad in high school through the U.S. Department of State’s National Security Language Initiative. After high school he plans to study engineering at the Air Force Academy and eventually become an astronaut.