When your friends, colleagues and even your professional adversaries describe you as respected, balanced, insightful, trustworthy, discerning and exceptionally professional, you must be doing something right.

Melissa Azallion has lived in Bluffton and Hilton Head Island since 2002, and has been earning praise and accolades ever since. She arrived in the Lowcountry from Shadyside, Ohio, a tiny town with no stoplight that sits alongside a steep slope literally overlooking the Ohio River. Her parents, Hub and Georgia Green, had already retired to Hilton Head. As a single mom with a toddler, she was starting a new life. She had finished law school and opened a practice, but had a skill set, focusing on labor relations, employment and immigration issues, that most attorneys consider limited in financial potential. 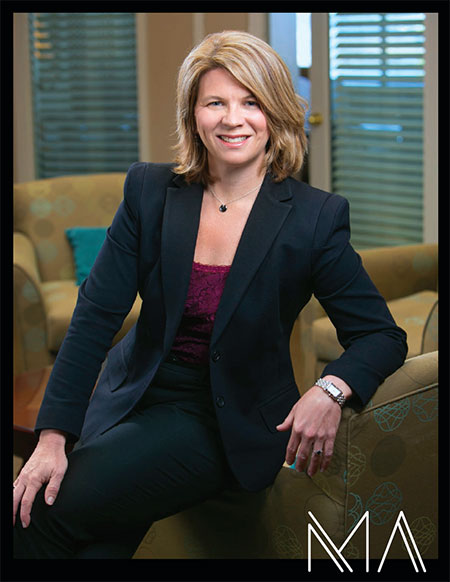 "I got into affirmative action issues, processing immigration papers and equal employment opportunity work in a part-time capacity while paying my way through law school," Azallion says. "It led me to see a bigger picture of life and expanded my boundaries."

Azallion says that when she joined the Nexsen Pruet law firm in fall 2002, there were few attorneys doing the kind of law she had experience with. " I knew I needed to work really hard to develop a successful practice here. That meant knocking on doors and meeting lots of different people,” she says. As it turned out, Azallion's refreshingly direct, easy-to-like style quickly attracted business clients who were also in need of her skills to help them find much-needed employees.

"Melissa is special," says David Tigges, McNair’s chief executive. "She is a consummate professional who has helped facilitate foreign investment on behalf of businesses all across the Southeast. She is one of the few people in our region really proficient at what she does."

Eric Esquivel, publisher of La Isla Magazine, has worked on numerous issues with Azallion says she is an invaluable resource to her clients and the community. "Melissa never sets over-expectations for her clients,” he says. “Her reputation is platinum for doing things with integrity. She is a hidden jewel who has helped the Lowcountry workforce immeasurably. Our community is in debt to her more than they will ever know."

The consistent impression one gets of Azallion is a person of the highest. "It is the way she has always conducted her life, whether personally or professionally," says Matt Green, Azallion's younger brother and a commercial real estate developer in Bluffton. "I couldn't imagine a better sister or be more proud of her."