The “Despicable Me” animated film franchise debuted in 2010, introducing the world to the pill-shaped, yellow “Minions,” among the most widely recognized and beloved cultural touchstones of the early 21st century.

So, imagine the excitement when students in Lauren Vaccaro’s English and theater classes at Heritage Academy on Hilton Head Island learned that Dave Rosenbaum, who oversaw the stories for the first three “Minions: movies for Illumination Entertainment, provided the voice for the character Fabrice in “Minions” and has played a key role in other huge hits, including “The Lorax,” would visit their classes in August.

“The kids were so excited and inspired; about the Minions, definitely, but The Lorax is a big thing for them, too,” Vaccaro says.

Vaccaro has been friends with Rosenbaum since they met as freshman in 1992 at the University of Richmond, where they were later onstage together, performing the classic “Waiting for Godot.”

Rosenbaum, now chief creative officer for the multi-national digital entertainment studio Cinesite, spent six hours with Vaccaro’s students, discussing and answering questions about the creative process, the importance of storytelling and the many ways to contribute to a successful film. 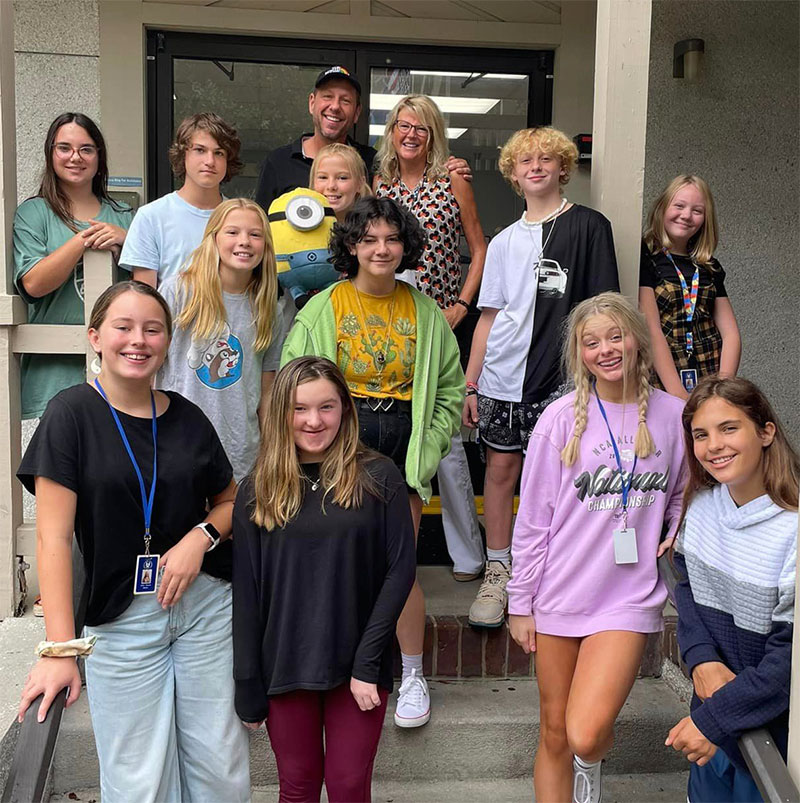 “Many had the perception that ‘Hollywood’ is made up of variations of Spielberg or Zendaya, when in reality it’s no different than Hilton Head with opportunities for future lawyers, accountants, writers, marketers, painters and hair stylists,” Rosenbaum, 48, says via email while traveling in Italy. “They perked up when they realized people just like them make the films they love.”

“I think the coolest thing he did was explain to the kids that every production starts with a story,” says Vaccaro. “He said, ‘When we come up with the idea for a movie, we’re doing exactly what we’re doing right here, sitting around a table, throwing out ideas.’”

Rosenbaum noted that comedy can be about more than tickling funny bones.

“They had a communal enthusiasm for Minions and shared big laughs … remembering some of their favorite scenes,” he says. “But they also understood the comedy smuggled a story about a villain whose cold heart thaws because of the love of three orphans. This led to a conversation about finding ways to better communicate, maybe through comedy, to deliver a message they might have.”

He talked about different ways to tell a story, noting differences between the “Minion” movies and his recent animated Netflix film, Riverdance, which he calls “a musical without lyrics.”

“Not all stories need words,” he says, “and like paintings in a gallery, animation relies heavily on visuals. Riverdance … relies on physical performance to deliver its story and speaks through interpretation, evocative energy and the music itself.”

He encouraged the students to do what they love.

“When you love what you do, you put everything into it, and those you’re trying to reach feel it,” he says.

He also had high praise for the way Vaccaro uses her theater background in the classroom.

“Like a good filmmaker, she knows her audience and how to draw them in to hear what she has to say,” Rosenbaum says. “They’re so lucky to have someone like Lauren Vaccaro and everyone at Heritage Academy to guide them in these transformative years.”