Artist Debby Bloom is a woman who has learned to say “yes” when challenged.

Whether it’s painting new subjects or moving across the country during a pandemic to open her first studio/ gallery in Palmetto Dunes Resort, she relies on creativity and optimism to guide her.

It’s a process she’s been fine-tuning since childhood.

Her love affair with color and art began early. Raised in Santa Cruz, Calif., Bloom is grateful she had supportive parents. At 12 years old, when she asked if she could paint the family’s 12-foot balsa surfboard into a totem pole, her father promptly took her for supplies. 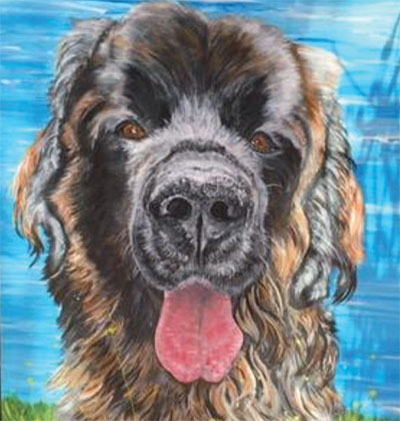 At 16, she took her only painting class at the local college.

“The big takeaway from painting cliffs and ocean in watercolors was to stop when it’s done,” she says, “otherwise it ends up looking like mud from overwork.”

Another important lesson was learning to have a light touch, which also helped decades later when she began working with acrylics.

Despite her love of art, Bloom pursued a degree in cultural anthropology. Interested in Native cultures, she eagerly accepted several invitations to visit Juneau, Alaska during college.

“It always rained,” she laughs. “I wondered why anyone would live there.”

With degree in hand, she made another trip to Juneau, but this time she experienced what Alaskans call “a Sucker hole” — days of sunshine that lure people to stay. Buoyed by the weather, she inquired about volunteering at the Alaska State Museum. Instead, they offered her a job.

“I’m a beach girl that went wrong a long time ago,” she quips, noting she never knew wool socks existed before moving.

Always politically active, Bloom eventually wandered over to the Capitol building, landing a position as a Legislative aide. Still, she kept painting.

“My time in Alaska made me capable in ways that I never would have imagined had I stayed in the Lower 48,” she says. “It gave me the freedom to paint big because the vistas there are just that — big, bold, and extreme.”

Life was a kaleidoscope that kept turning. She spent 10 years in Juneau, then 30 more in Anchorage. There was marriage, two sons, and divorce as well as political cycles that meant unemployment and new jobs with elected officials and some non-profits. Throughout, she kept giving her artwork away as gifts. 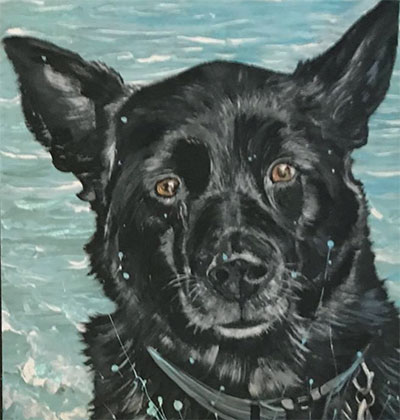 As another layoff loomed, a friend suggested she should have an art show and consider painting as her full-time job.

“That was eight years ago,” she says. “I sold nine paintings in three hours.”

Soon she had requests for private showings and commissions across the country.

An upcoming show in Washington, D.C., brought a strange request.

“When I arrived, a friend told me I needed to paint a big bear since I was from Alaska,” she recalls. “I told them I only painted trees, landscapes, and nudes.”

Eventually she consented, buying a canvas so large (4-by-5 feet) that she had to paint it in the host’s backyard. A magnificent polar bear emerged — her first animal painting and done in acrylics.

Deborah Bonito, wife of then-U.S. Senator Mark Begich of Alaska, fell in love with the painting and purchased it for their Capitol Hill brownstone.

“We put him front and center in the living room,” Bonito says. “Now he occupies the basement apartment where it’s cooler and keeps watch in between our visits.”

More requests poured in. A ranch in Southern California wanted a painting of their Texas Longhorn. A couple from Idaho wanted a black bear with a fish in its mouth.

“They take a couple of weeks,” she admits, “and it’s a little nerve-racking.”

Working from numerous photographs, she tries to find the details that make each pet distinct. That first portrait was especially intimidating. When the owner burst into tears, Bloom assumed she had missed the mark, only to discover the woman was overcome with gratitude.

She’s painted every breed imaginable since. One couple even commissioned Bloom to paint their beloved “Sir Charles,” an English Bulldog, so they could carry his portrait to their out-of-state wedding.

Now settled in South Carolina, with a studio on Trent Jones Lane, thanks to the urging of a childhood friend, Bloom is expanding every facet of her business from landscapes and wildlife paintings to classes and pet portraits, as well as other commissioned paintings.

“It’s always a surprise when someone comes through the door,” she exclaims, ever optimistic about the next challenge to come.