BLUFFTON HONORS A FAMILY WHO HAS MADE SERVICE ITS HERITAGE

Decades before any ribbons were cut and any speeches were made, a young boy named Jacob Martin played among the streets and sidewalks where Boundary and Lawrence streets meet in Old Town Bluffton.

Eventually, he found himself in charge of a library on the little spit of land, just blocks away from the house his family had called home for more than a century. Fast forward again, and you’ll find the lot cleared and landscaped into a picturesque greenspace, and a sign bearing the Martin family name.

The place has been many things in Jacob Martin’s lifetime. But what it is now will carry on his family’s legacy in perpetuity.

“I don’t get too excited about things, but… it’s a great feeling,” he said of the honor. “But I don’t do what I do for Bluffton to get something in return.” 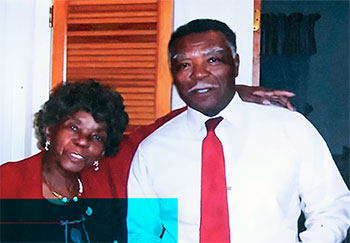 The town of Bluffton recognized the family in April with a ribbon-cutting for Martin Family Park.

The park honors the tireless dedication that both Jacob and his late wife, Ida Martin, showed in improving their community.

Jacob returned to his hometown after nearly 30 years living in Detroit, bent on making Bluffton better. While serving as a teacher, municipal judge and public school administrator at turns, he also spent 28 years volunteering with Meals on Wheels.

As for Ida, she famously founded Bluffton Self Help in 1987 from the Bruin Road house Jacob still calls home after more than 40 years.

“She started it right in the garage, back there,” he said, perched on a front-room sofa of his home.

Surrounding the nonagenarian are photos that tell the story of the Martin family with greater affection than any park ever could.

Candid shots and portraits of children and grandchildren captured throughout the years, diplomas from a slew of colleges and universities, and of course photos of Ida accepting her Presidential Citizens Medal from President Obama in 2011 all line the walls.

Taken all together, they paint a portrait of an amazing family. And they also underscore a philosophy running through the generations of the Martin family long before Jacob was born.

“We were raised to go and get as much education as we could, come back to Bluffton and make our contributions to Bluffton,” said Jacob.

The education came first, with Jacob attending boarding school at Shanklin School in northern Beaufort County in 1942. Beaufort County, being largely rural at the time, meant that getting to school required hopping on a train at Lobeco, where the New River Linear Park now runs under S.C. 46. It was a trek, but in segregation-era Bluffton it was the only option.

“That’s where I met my wife,” said Jacob. “People in Colleton County had the same situation — they had to look for a place for their children to get an education.”

Even as Ida graduated a year before him, continuing her education at Johns Hopkins, the couple remained together. Jacob would eventually attempt to attend law school in Columbia before the infamous Strom Thurmond got involved.

“Thurmond was vacationing somewhere and heard about it,” said Jacob. “He came back from vacation and raised hell.”

The couple moved to Detroit together, where Jacob would spend 28 years, from 1951 to 1979, with the motor city’s police department. If you’re familiar with Detroit’s history, you’ll know those were not easy years to be a police officer.

“I was there during the riots. I was there when they were burning school buses in Pontiac,” he said. “But I was determined that I was going to come back home.”

And his return home would find Jacob and Ida living by the simple credo of the Martin family. Get an education. Come home. Put that education to use benefiting Bluffton.

Now, and forever, that credo will live on in a small patch of grassy land in the heart of a grateful town.