ROBERTO RODRIGUEZ IS ONE OF THE LOWCOUNTRY’S PREEMINENT FORAGERS

Roberto Rodriguez is excited about his latest find. An expert forager, this native Argentinian has made countless discoveries while on one of his many treks through the forests of the Lowcountry. It’s usually the wood that calls to him; fallen limbs and trunks that he drags back to his shop and converts into beautiful works of art and furniture through his company, Wild Wood Rescue.

Today, it’s a mushroom. Draped over the crook of a tree, it’s a vision of pure white, a mass of white shaggy fibers that resembles a furry hat. Its unique look is what lends it the name “Lion’s Mane.”

“These are seasons, so they grow in the same spot every year,” he said. “The part that we see is the fruiting body of the mycelium. The mycelium is already in that tree, so every year the mushroom comes out, and the fruiting body releases spores… Some keep coming back for years and years.”

Like many mushrooms, Lion’s Mane possesses unique medicinal properties once properly prepared by steeping in hot water. It is purported to treat everything from dementia to diabetes symptoms. 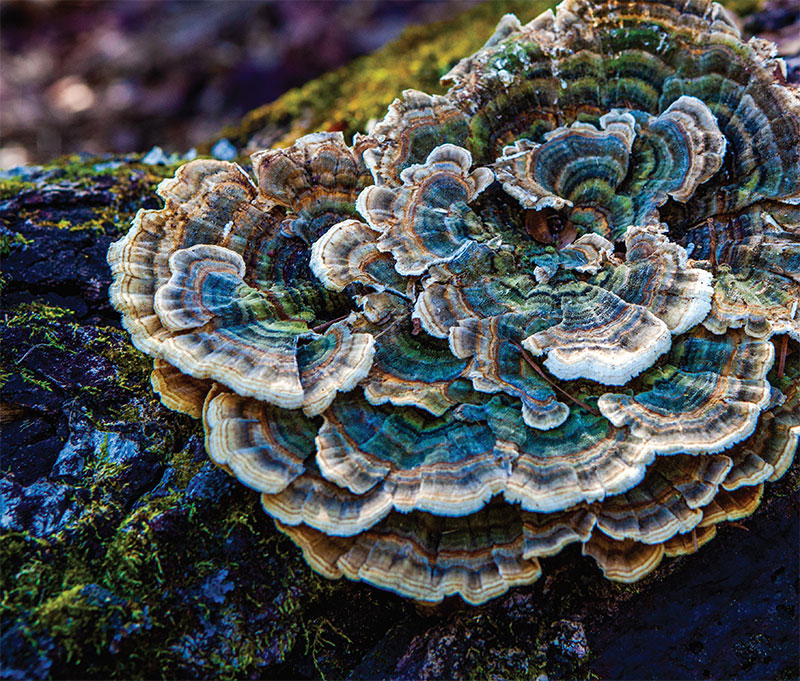 As a free-growing pharmaceutical, it’s not alone. Rodriguez cites two that he commonly finds on his adventure — turkey tail mushrooms and reishi mushrooms — as fungal marvels.

“They have been consumed in other cultures for many years, and now researchers are putting attention on it because they have a lot of nutrients and things to help with cancer that you’re only going to find in the mushrooms,” he said. “For example, turkey tail is the most researched mushroom in the world for anti-cancer properties… and reishi have been consumed for millennia. They call it the mushroom of eternal life.”

They are just a handful of the 20 different varieties of mushroom that Rodriguez is certified to forage and sell after five years studying them in the field and seeking them out wherever they grow. 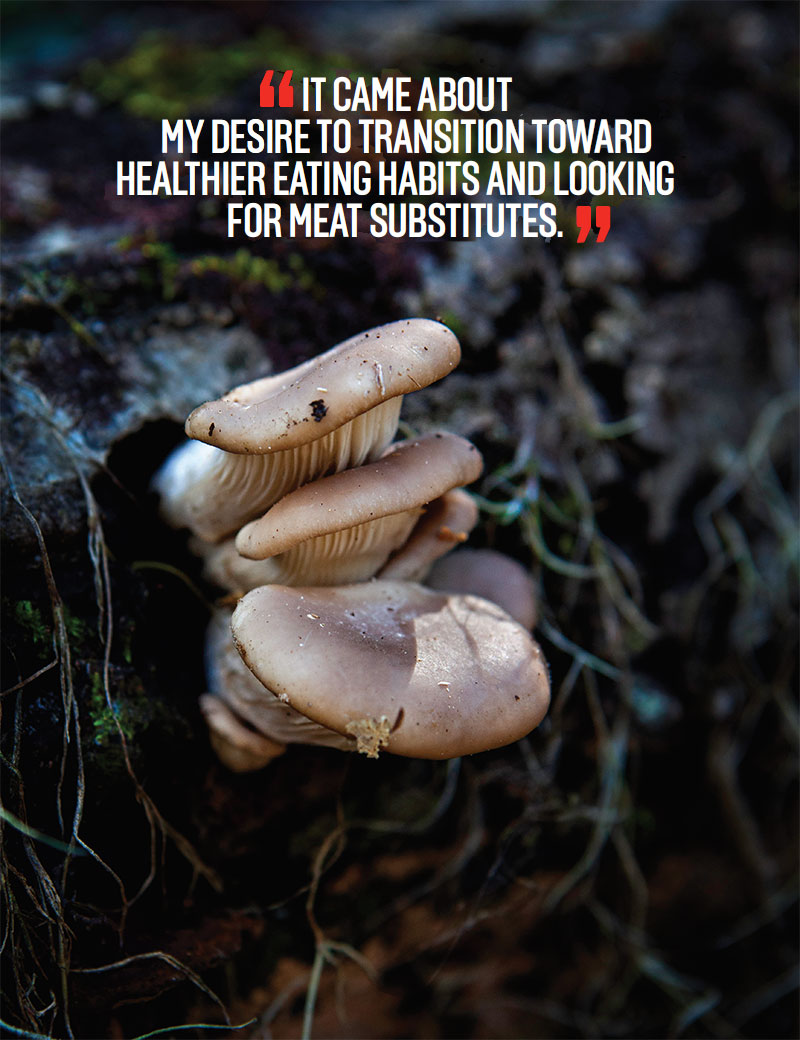 He’s only found 12 growing locally, but it’s certainly not for lack of trying. He’ll regularly put out the call on Facebook when he’s preparing to hit the trail, to which his friends eagerly respond. Generally, however, they’re less on the lookout for medicine as they are for flavor.

“I sell a lot of chanterelles,” he said. Popular among locavores, these bright orange aromatic mushrooms have graced countless recipes with their peppery, slightly fruity, flavor.

“I can go and pick 20 pounds on a good day. But they are seasonal; they’re only around for about three to four months and they’re gone,” he said. 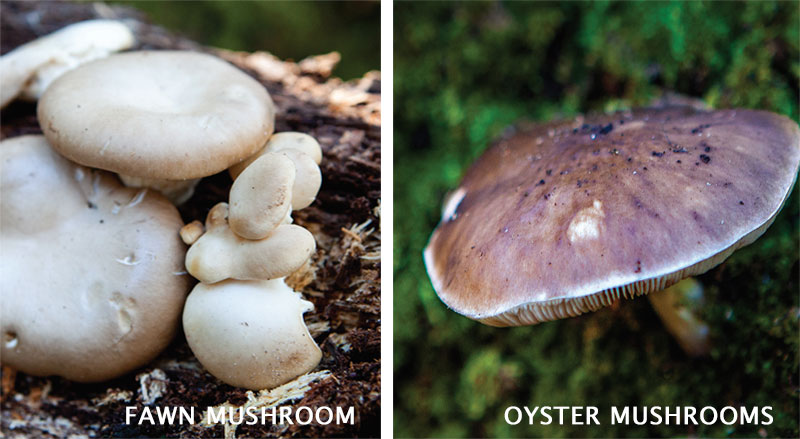 Part of the appeal comes from the fact that they are truly wild. While a few attempts have been made at cultivating chanterelles, none have been commercially successful.

“What happens with chanterelles, they work in symbiosis with the trees,” said Rodriguez. “They need a very specific habitat to grow, and it’s very hard to mimic that.” 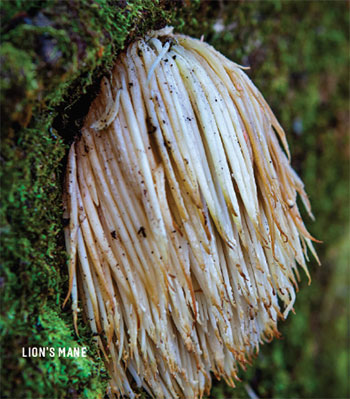 But the reward is worth it, especially to Rodriguez who first began foraging as part of an overhaul to his own diet.

“It came about my desire to transition toward healthier eating habits and looking for meat substitutes,” he said. “I went from hunting animals to hunting mushrooms.”

While it may seem tempting to head out into the woods, Rodriguez cautions against simply trusting guidebooks and Google to determine what breed of mushroom you’re dealing with.

Even with his expertise, he still runs a spore test on every mushroom to determine he’s made the right call. That caution served him well on a recent trip afield when he brought back what he was sure were blewit mushrooms.

Placing the mushrooms on a piece of glass overnight revealed brown spores rather than the pink he’d been expecting, revealing it to be a poisonous lookalike.

“We learned a lesson,” he said. “If we had been careless and gone by the picture, we might have eaten those.” 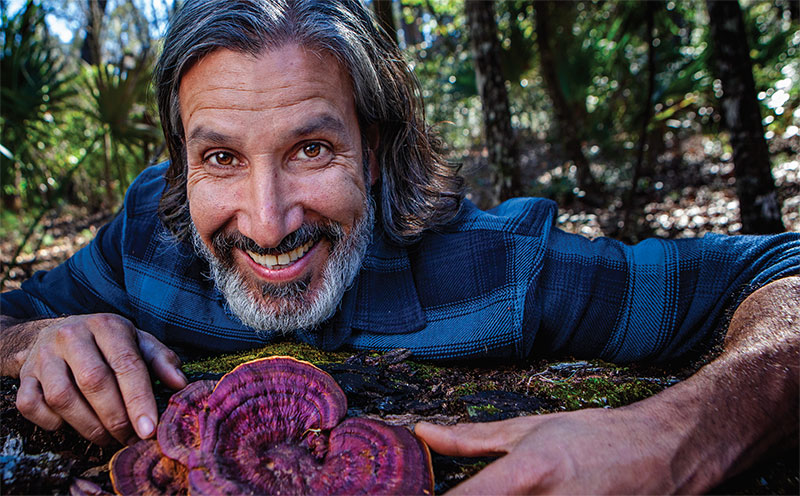 Anyone looking to try their own hand at foraging can keep an eye on the Coastal Discovery Museum’s calendar of events, as Rodriguez hosts regular lectures on identifying and harvesting nature’s tastiest little miracles.