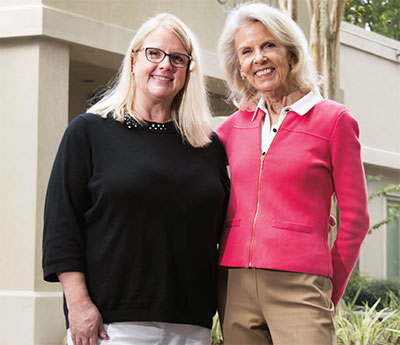 Life has a way of coming full circle. And that is the case at the Volunteers in Medicine Clinic on Hilton Head Island.

When the clinic opened its doors in 1993, Angie Greenfield was the organization’s first clinic director. Earlier this year, director of patient care, Julie Copp, retired. She was succeeded by Jennifer Gatlin, Greenfield’s daughter.

VIM is the flagship for about 100 free clinics across the United States. From the humble beginnings and vision of Dr. Jack McConnell, the organization’s founder, a movement has taken flight.

Her path to her current job became clearer when she began volunteering about a year and a half ago. At the time, she was working at Hilton Head Hospital.

“I started coming over on my lunch break to volunteer in medical records, and I saw just how much the clinic had grown,” she said. “I was so impressed with the scope of service and how it had grown since I had last really known a lot about VIM, which was in the very beginning stages. It opened my eyes to what the clinic was doing and what an amazing place it was.”

Shortly thereafter, Copp announced she was retiring after 17 years as director of patient care and Gatlin began the process of joining the clinic staff. She joined the staff as the COVID-19 pandemic was unfolding. It’s been a unique year, to say the least.

“What’s impressed me and has really blown me away is the dedication of our volunteers,” Gatlin said. “The fact that they have stood up and really met this challenge, I get chills even talking about it.” 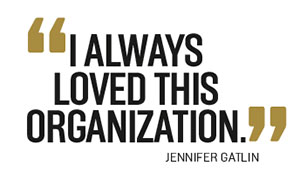 Greenfield said she has felt no small amount of pride watching her daughter embrace her role.

“I’ve been amazed at the way she has handled this,” Greenfield said. “Her devotion to the patients, to the process, to whatever she needs to do in a very difficult time has been very gratifying to watch. It’s not just a job to her. It’s a calling. The clinic is just a perfect fit for her. As a mom, I can brag on and on and on.”

Greenfield was the clinic director for less than two years, but Gatlin credits her mother’s position with inspiring her to enroll in nursing school at MUSC in Charleston.

“Nursing was a second career for me,” Gatlin said. “VIM certainly had an influence on the trajectory of my career even choosing healthcare as a profession.”

Now, Gatlin’s position has led to her and her mother spending time together on weekends sprucing up the clinic and the landscaping.

“We’re picking up debris, her husband has been cutting grass; we have been blowing off the driveway, planting flowers, all kinds of things on the outside,” Greenfield said. “I’m volunteering now but on the outside. We’re having so much fun putting a little love on the outside because there is so much love on the inside.”

Gatlin has loved it, too.

“It’s really fun to be able to do that with her,” she said. “It’s allowed her to continue to volunteer and give back to the clinic. Plus, it’s like having a giant yard you want to keep coming over and doing projects on.”

As for Copp, she has not really looked in the rearview mirror. Retirement, she says, suits her.

“I have time to do things,” she said. “I used to rush around and do everything and not enjoy the ride. I’m enjoying life. I’m feeding feral cats like usual. I cook. I’m more organized. I marinated meat. I never marinated meat in my life. I still see patients and volunteers around. I run into them. It’s a small town.”