For some Beaufort County teenagers, reaching their full potential means leaving home at an early age to study at one of two specialized public high schools located several hours away.

Wylder Voegele, who attended May River High School for ninth and 10th grades, graduated this year from the South Carolina Governor’s School for the Arts and Humanities. They (Voegele uses the gender-neutral pronoun) can’t say enough about how this residential, master- to-apprentice learning opportunity changed their life and put Voegele on a trajectory for success. Voegele will be a freshman at Maryland Institute College of Art this year, where they will continue their studies in animation.

“I’m their top scholarship winner this year. I really don’t think I would have gotten that much at all had I not had the opportunities I was given at the Governor’s School,” Voegele said. 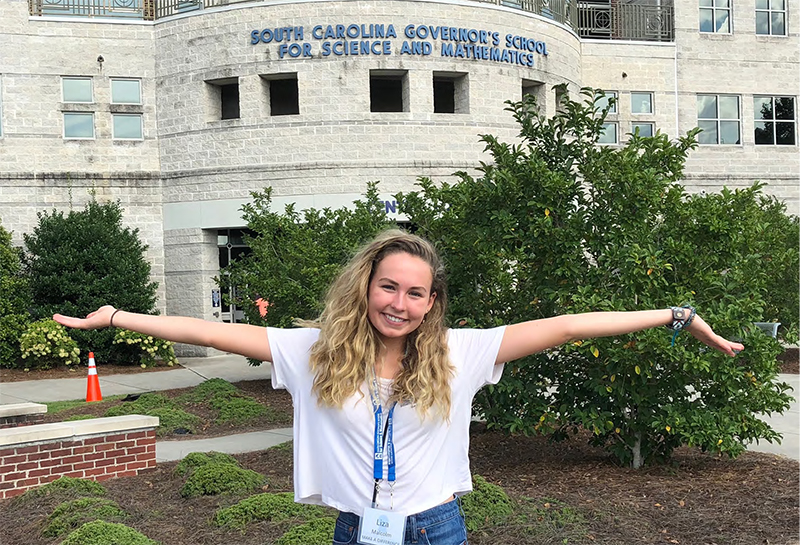 Voegele is a proud member of the school’s 20th graduating class and loved being a “Govie”—as the high achieving, talented artists, dancers, actors, musicians and creative writing students are known. 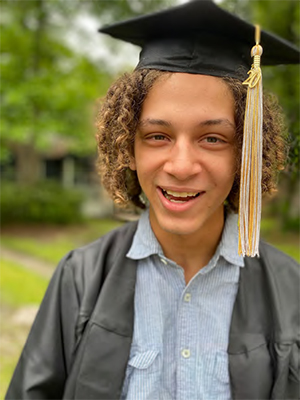 “It’s very much a community there,” Voegele said.

Neither of these prior experiences guaranteed that Voegele would be selected during the rigorous Governor’s School admission process, but luck was with them—Voegele got in.

I’d absolutely recommend it. Because of the access to supplies and mentorship, I was able to grow immensely as an artist.

Both the Governor’s School of Arts and Humanities and the School of Math and Science in Hartsville exist to immerse gifted students in their chosen field for their junior and senior years of high school. In addition to specialized academic disciplines and a low teacher-to-student ratio, the schools offer sports teams, clubs, volunteer opportunities and opportunities for socializing. They also make kids grow up fast.

“I’m pretty independent, but it was definitely a lot to get used to, living with another person, having scheduled meals and classes that are hours long. I learned a lot there, especially about collaboration,” Voegele said.

In Hartsville—about three hours away from Beaufort County—the Governor’s School For Science and Mathematics also offers academic rigor and unique learning opportunities for its 279 students. Liza Malcolm of Bluffton, who just graduated from the school, studied neuroscience, psychology and gender studies at the school and spent the summer after her junior year interning in a cancer research lab in Germany—one of the school’s many international learning opportunities for its students. Malcolm will attend College of Charleston, where she has been awarded several scholarships.

Like Voegele, her desire to go to Governor’s School was the result of attending a summer camp held on the campus.

“The camps are a great way to meet other students that are interested in the same things as you, and I learned what it would be like to live in a residential community,” she said.

When she got to Governor’s School, Malcolm found that older students helped her with the transition.

“There were seniors who had the sole responsibility to help you and guide you through the acclimation process,” she said. At both Governor’s Schools, faculty take a mentorship approach. The teachers at the Arts and Humanities school are established, practicing artists and performers. At both schools, teachers hold master’s and doctoral degrees in education or focused studies.

“The most important aspect for me was the one-on-one relationship you could have with your teachers and how profoundly invested they were in each student’s successes,” Malcolm said.

Both Voegele and Malcolm agree that the best part of the Governor’s School experience was finding their tribe and being inspired by the people around them.

“I’d absolutely recommend it. Because of the access to supplies and mentorship, I was able to grow immensely as an artist.

I think it’s important for creatives to be around other creative people,” Voegele said.