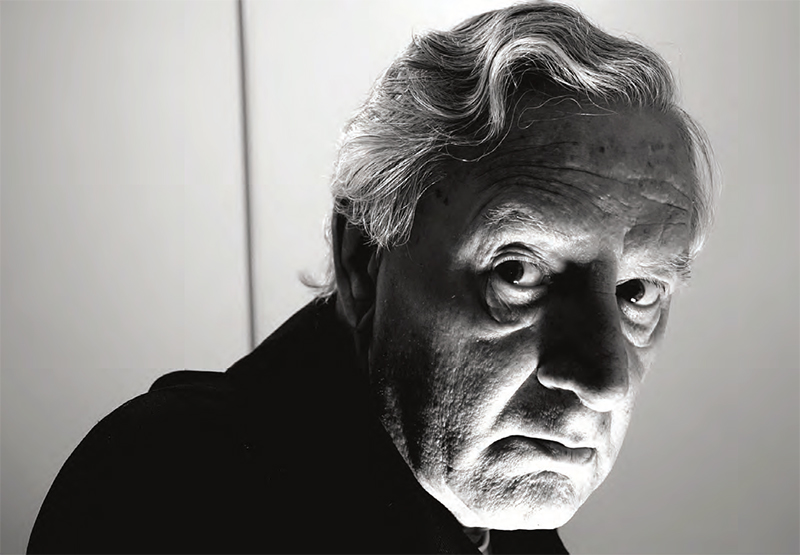 Talking with part-time Hilton Head Island resident Martin McFie can feel like a treasure hunt. You’ll be chatting companionably and, then boom, without warning, you find yourself in the midst of a riveting story from the London-born expatriate’s life.

For example, a recent semi-technical and mundane discussion of immigration practices in the European Union became a brief account of McFie’s 8,000-mile solo sojourn into the deepest reaches of the vast Sahara, his only method of transportation a 1950s-era London taxi cab.

“I’m thinking, ‘Am I really right to go into this Arab country on my own? Is this the safe thing to do?’” says McFie, who divides his time between Nice on the French Riviera and Hilton Head. “But then, you always have to keep in mind that people are basically good and kind.”

McFie is quick to point out that he’s not technically an immigrant: His visa allows him to remain in the United States for six months at a time and he lives in France courtesy of the United Kingdom’s membership — for now — in the European Union. And he certainly seems to give off the air of a classic, cosmopolitan man of the world.

You always have to keep in mind that people are basically good and kind.

As a young man, he lived in Paris for three years, then Spain. When he returned to London, he took a job with a large shipping company, orchestrating the movements and cargoes of a fleet of ships and trucks.

“There wasn’t such a thing as ‘logistics’ in those days,” he says, “but that’s what I did.”

McFie then started his own shipping company, eventually focusing on long-haul trucking across Europe and developing a system of double-decking that found success on both land and sea.

“We were carrying twice as much as anyone else,” McFie says. “It was kind of a niche market, and nobody else had it. It worked out well for customers and well for me.”

He first heard about Hilton Head about 15 years ago while involved with a business shipping flowers from Mexico to Ohio, a state known for supplying many transplants to the island.

“Everyone in Ohio was talking about Hilton Head, so I rented a car and drove down,” McFie says. Finding the beaches beautiful and the people “polite and relaxed,” he had a house built on the island, and now considers it his winter “hibernation” spot.

An aficionado of jazz and classical music, especially opera, he’s been a key supporter of the arts on the island, authoring coffee-table books for local symphonies and a junior jazz organization. He has produced jazz versions of classical works such as Beethoven’s Fifth Symphony and Vivaldi’s “Four Seasons,” and in 2017 brought opera professionals to the island to perform Puccini’s “La Bohème.”

He is the author of “The Jazz Corner Story,” about the famous local venue, and writes regular pieces for the All About Jazz website, covering everything from local performances to Switzerland’s famous Montreux Jazz Festival.

“There is good jazz here on the island, sometimes world-class jazz. There are more than 600 performances a year; this is one of the very few places in the country where you can say that’s true,” McFie says.

He’s also got an eye for art. His brightly lit home features an eclectic mix of paintings, sculptures and other pieces, from a small porcelain Ming Dynasty figurine and blue mannikin torsos to necklaces from Roman-era Jerusalem and delicate watercolors by local botanical artist Pam Kessler.

McFie enjoys living on Hilton Head, but also relishes his annual return to a world whose culture and history stretch back for more than a few centuries.

“London is 2,000 years old; it’s a Roman city,” he notes. “There are world-class paintings, architecture and music there.”

McFie doesn’t like to talk about his age — “As if that’s all that drives you,” he says — but slowing down doesn’t appear to be on his radar just yet. In fact, he’s planning a new adventure for this spring: A jaunt in that old taxi cab up through Norway and into the Arctic Circle.