What qualities make life fun? For Annelore Harrell, the ability to laugh at fate’s twists and turns — and at herself — are high on the list. Taking the long view also helps, which is fairly easy for her because she’s 87. A sought-after columnist, humorous speaker and storyteller, Harrell’s unique perspective on Bluffton’s history began in the 1940s, when her family bought an overgrown lot on Myrtle Island as a summer retreat. She, her parents and brother came every weekend from Savannah to clear the underbrush and build a simple cottage, where Harrell’s love for Bluffton flourished.

Some things in the Lowcountry haven’t changed much since her adolescence: boating to the May River sandbar for the day is still a prime weekend activity. But back then, there were almost as many bateaus — flat-bottomed, wooden fishing boats — as motorboats. 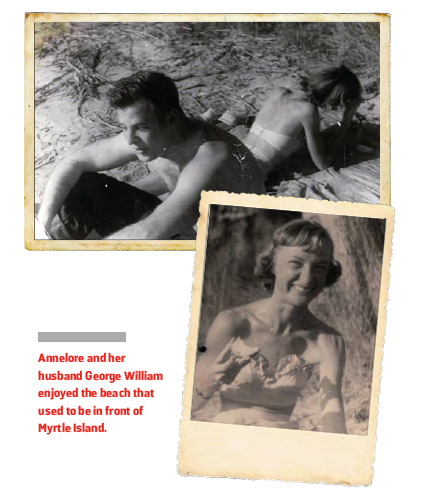 “Everybody staked out their spot,” Harrell said. “Locals tended to be at the western end, which is the highest point, first to be exposed and last to be covered by the incoming tide.”

The “Bluffton State of Mind” — which, depending on who you ask, involves eccentricity, taking it easy, friendliness, gossip and “not giving a care” — has also been around awhile. Harrell remembers a day in the 1980s when uniformed servers descended from a yacht from Hilton Head Island and cordoned area for an alfresco luncheon on the sandbar. Blufftonians stepped over the velvet ropes and paraded through the soiree.

“They got the message. The yacht never returned,” she said.

The 1970s, according to Harrell, were a wonderful time to live in Bluffton — “especially if you were young.” There weren’t many places to go out in the 1-square-mile town, so residents made their own fun, throwing parties that lasted all day and into the night and often involved water-skiing, horseshoe tournaments and copious amounts of alcohol. Everyone was invited: entire families, college professors, artists, tow-truck drivers, bartenders. On one occasion, a goat wedding was held at Foote Pointe Plantation.

“The bride goat had a crown of flowers on her head and the groom goat wore a bow tie,” Harrell said.

Bluffton had been Harrell’s summer home since 1944, but it became her full-time residence when she, her beloved George William and their children moved to Myrtle Island in 1979. Over the years, she has chronicled the town’s antics in Bluffton Today and The Bluffton Breeze, and in the 1990s hosted a talk show at the Bluffton Broadcasting Co., a short-lived TV station based at Town Hall. 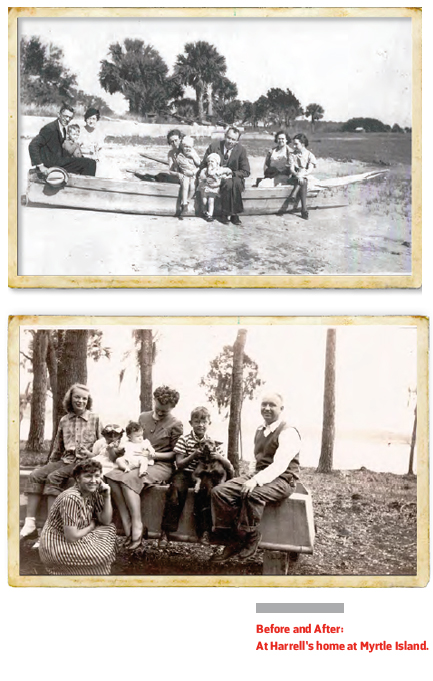 “I sat in a chair next to my friend in front of the outdoor fireplace, oysters spread on the heavy metal plate across the top of the fire bed and covered with a wet cloth, the steam rising,” she wrote in a recent column about a typical evening on the banks of the May River. “Every so often, one of the children would poke at the fire, rearrange the coals with a shovel and add a chunk of wood, pine from a fallen branch left over from hurricane winds. People passed the time talking about this or that, waiting for the next batch to be ready. It was Bluffton at its best.”

When she meets visitors looking to experience “the real Bluffton,” Harrell tells them to do what the locals do: linger in Jacob Preston’s pottery studio, where some of the best conversations in town take place; use time in line at the post office to exchange hellos; and chat at the Bluffton Oyster Co. while one of the Toomers ices down shrimp that will become customers’ suppers.

Sunsets, she said, are beautiful over the Myrtle Island bridge, and Alljoy Boat Landing is magical when the moon rises. Seen through the twin lenses of nostalgia and good humor and accompanied by cherished friendships, they’ll always be splendorous for Harrell. 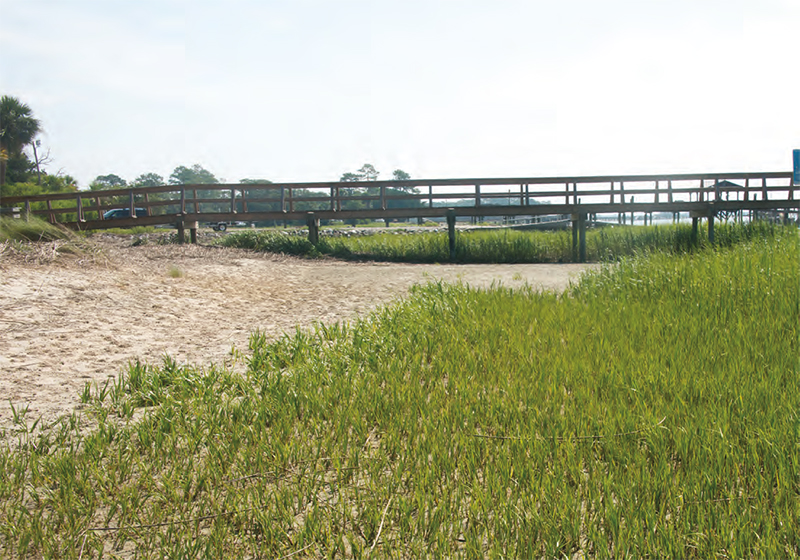