BROTHERS’ OYSTER FARM MAKING A DIFFERENCE TO MAY RIVER

Every day, starting at first light, brothers Andrew and Austin Harter head out from the Alljoy public dock in their SeaArk, aiming for a little slice of the May River where their 200 oyster cages float.

It’s their first trip of the day, but usually not their last. They’ll go out two or three more times to check on their oysters and haul in the ones that are ready for market. 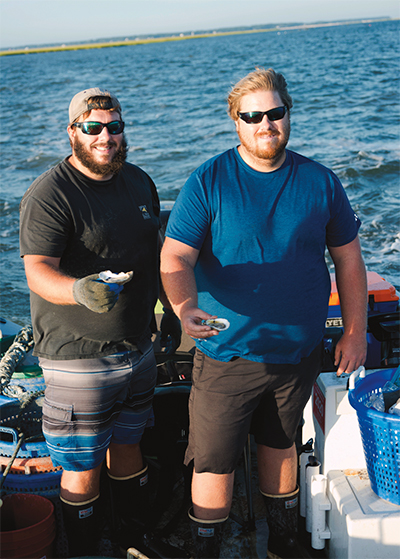 Andrew, 27, and Austin, 31, are partners with their uncle, Brad Young, in May River Oyster Co., one of the few oyster farms operating in the Lowcountry. Their venture began in September 2015, after they bought out their uncle’s former partner. Now they make their livelihood on the river where they spent their childhood playing, fishing, crabbing and shrimping.

“We grew up on this river, spent our entire lives on this river,” Austin said. “We want to do anything we can to keep it as healthy as possible.”

The Harters are devoted to the sustainability of the May River and to producing the best-tasting local oysters — oysters that in turn help keep the river clean.

May River Oyster Co. leases from South Carolina the rights to shellfish in approximately 70 acres of the May River — between Hilton Head Island, Daufuskie Island and Bluffton, an area called Middle Marsh. 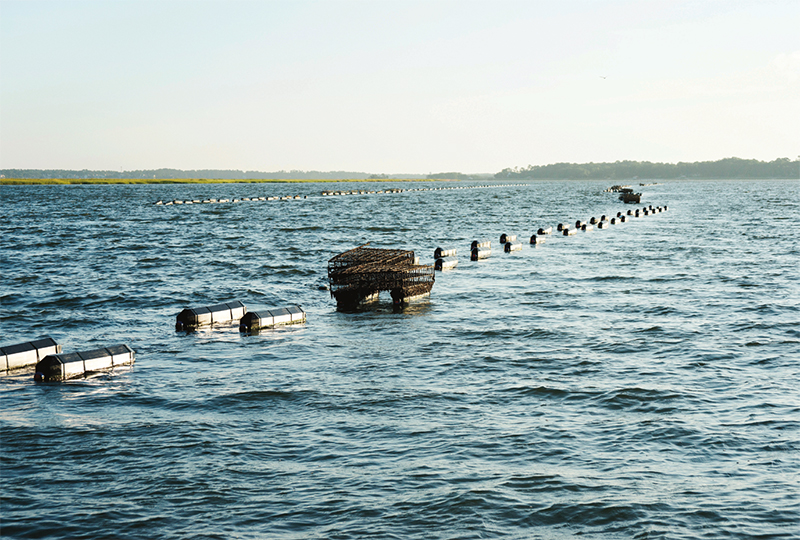 “We buy them as singles,” Andrew said. “We put them in the river and raise them until they are the quality and size that we want, and we sell them to restaurants.”

While they’re growing, the oysters are helping to keep the May River clean. 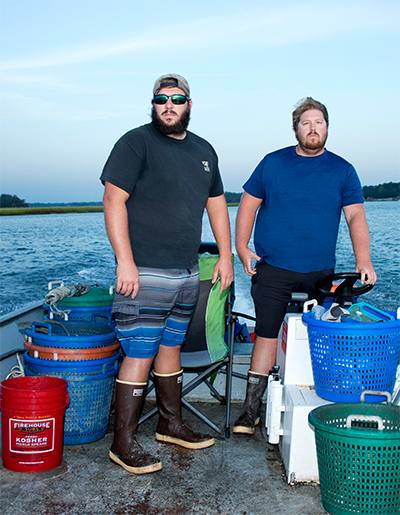 “And that’s adding to the environment,” Austin added.

By farming oysters, the brothers are not depleting the wild stock that can be seen throughout the Lowcountry at low tide.

“Farm-raised oysters are sustainable,” Andrew said. “We’re putting in as much as we’re going to take out. You’re never going to run out.”

The brothers have learned a lot since they began, they say.

“We thought we knew more than we did,” Andrew said. That first year, many, many oysters died. “A baby oyster, just like any other young animal, is very susceptible. The shell is very soft. It’s not super hardy. It’s not super strong. It kind of needs to grow up. All your crabs, all your fish, want to get at it to eat it.”

But now: “We’ve gotten good at keeping those numbers down.”

The brothers will harvest more than 100,000 oysters this year. It takes anywhere from nine to 24 months to grow an oyster to the perfect size — the brothers look for a deep, round cup, which is what their chefs want. Once the oysters are harvested, they’re immediately refrigerated and then delivered the next day. 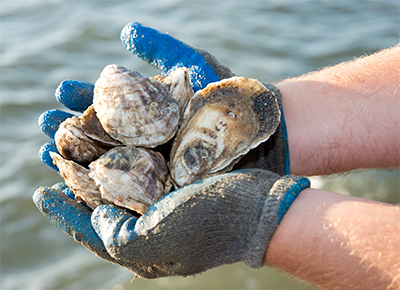 May River Oyster Co. counts among its customers 10 local chefs in Savannah and Bluffton and on Hilton Head who order regularly; there are several others who order occasionally, as well as caterers.

“With us, they’re getting the freshest oysters, the most local, and sustainable,” Austin said. “We have personal relationships with each and every chef we deal with.”

Just as wine is identified by its terroir — the particular climate and soil that affect the taste of the wine — oysters have their merroir, Austin said. “Every oyster is going to have its distinct flavor and taste based on where it grows.”

And theirs is the May River — briny, crisp and clean. An oyster connoisseur, the brothers said, can taste the difference among oysters harvested in Charleston, Beaufort and Bluffton.

Thanks to a change in regulations from the South Carolina Department of Natural Resources a couple of years ago, the brothers can now harvest their oysters year-round, no longer having to stop during warmer months, as recreational harvesters must do. 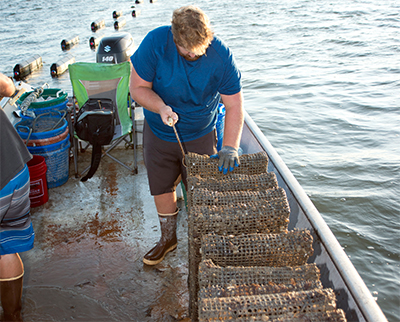 That’s because their oysters grow in the water column, where it’s much cooler, and don’t bake in the heat on banks and the muddy flats at low tide. “Our oysters never see the surface. So they’re kept cool and they’re constantly flushing themselves,” Andrew said.

After investing thousands of dollars in equipment, and logging hours on the water, the brothers say their business is “getting close to where we want it to be.” May River Oyster Co. is growing and winning over new Lowcountry chefs.

“We’ve always had the demand; it’s about expanding the product,” Andrew said. “I’m sure we’ll be bigger than we are now, but we’ll probably always be local.”

If you want to meet the brothers and see their oyster farm, contact Capt. Chris Shoemaker of May River Excursions at 843-304-2878.