A LOOK AT THE HERITAGE, THEN AND NOW

The RBC Heritage Presented by Boeing is celebrating the 50th PGA Tour stop on one of Hilton Head Island’s best golf courses. While the track has remained mostly unchanged over the years, almost everything else about the island has changed.

Here’s a look at the RBC Heritage, from the inaugural tournament to today: 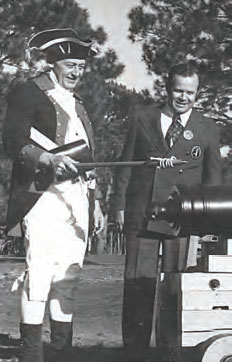 Then: The first four editions of the Heritage were played over Thanksgiving weekend. In 1973, the tournament was moved to September, and then a spring spot in 1974.

Now: With the exception of 2011, the Heritage has been played the week after the Masters every year since 1983.

Then: The Heritage was first televised in 1973 on NBC. CBS bought the rights to the tournament in 1975. 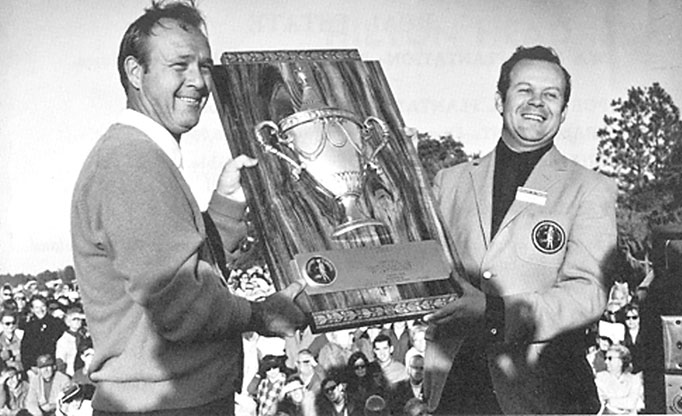 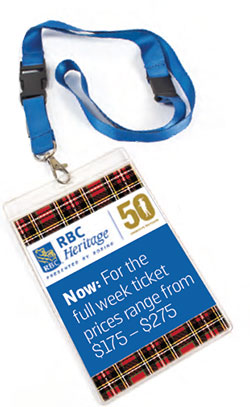 Then: A grounds ticket for the full week was priced at $20, while a clubhouse and grounds ticket went for $30 and included access to the Plantation Club. The big-ticket item was the $150 Patron Plan, which included a patron badge, preferred parking, six grounds and clubhouse badges, and a listing on the patron board.

Now: A grounds badge for the full week runs $175, while a $250 clubhouse badge includes access to Links Restaurant, the Pro Shop, the Heritage Pavilion and two on-course hospitality venues. For $275, the 50th anniversary Golden Ticket includes a collector’s edition Clubhouse Badge with special artwork, as well as an anniversary lanyard, plastic sleeve and cap. 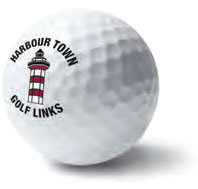 Then: A spot in the inaugural pro-am would set you back $225 — less than it costs to play a single round at Harbour Town today — and included four guest badges.