Wesley Bryan first visited Harbour Town Golf Links as a 14-year-old more interested in bird-dogging the PGA Tour stars than watching his dad tee it up in the Heritage.

It was a different story last year, when he came back from a four-shot deficit in the final round to become the first Palmetto State native to don the RBC Heritage Presented by Boeing’s signature tartan jacket.

“It’s crazy to think that of all of the great golfers that have come out of the state, not one of them has won here,” Bryan said last year. “But to be the first is really, really special. And like I said, to win in my home state, I honestly couldn't have dreamed anything better than this.”

His father, George Bryan III, is a noted instructor, but his own golf career was on the rocks after college. He and older brother George Bryan IV found themselves scraping it around on the mini-tours and not making much of a living, wondering if it was time to get a day job.

“We were really broke and really bored,” Wesley Bryan said. But then the brothers came across a viral video of a golfer hitting trick shots that didn’t seem all that impressive. “I found out I could hit a golf ball out of the air really well.”

The trick shot racket helped keep the lights on, and Wesley Bryan kept chasing the dream on the mini-tours. He had a breakthrough in 2016, winning three times on the Web.com Tour to earn his PGA Tour card.

That momentum carried into 2017, when he posted three straight top-10 finishes in Florida before his win at the Heritage. He added a tie for third at the John Deere Classic in July and earned just south of $2.5 million for the season.

Dustin Johnson: The world’s No. 1 player and another Palmetto State native, Johnson hasn’t played the Heritage since 2009. Pete Dye’s tight, tree-lined gem doesn’t suit his game, but Johnson can win anywhere — especially with the home crowd behind him. 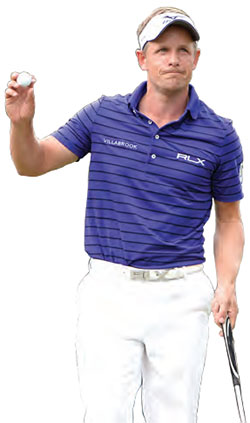 LUKE DONALD: Donald has finished in the top three here seven times without winning, including runner-up finishes the past two years and three of the past four. But he can buy plenty of tartan jackets with the $3.765 million he has earned playing the Heritage.

BRIAN HARMAN: Another player who has local ties, Harman is a Savannah native and former Players Amateur champion who gets big-time crowd support at Harbour Town. He plays well here, too, with top-10 finishes in 2014 and 2017.

JIM FURYK: This year’s U.S. Ryder Cup captain has been battling injuries and the eternal march of time, but he could get right at Harbour Town. He won here in 2010 and 2015 and has five other top-10s, including a pair of runner-up finishes.

PATRICK CANTLAY: One of the PGA Tour’s young guns, the 25-year-old Cantlay earned his first PGA Tour win last fall and is off to a great start this season. He also tied for third here last year in his first start at Harbour Town.

WILLIAM MCGIRT: Born and raised in North Carolina before playing at Wofford, McGirt seems at home at Harbour Town. He has three top-10 finishes here in the past four years, including a tie for third in 2017.

BRIAN GAY: Gay still holds the tournament records for 72-hole score and margin of victory from his blitzing of the field in 2009. After several lackluster starts here since, he tied for sixth last year.

KEVIN KISNER: The Aiken native and former University of Georgia standout almost claimed a tartan jacket of his own in 2015 before losing a playoff with Jim Furyk. He proved his strong play here wasn’t a one-off with a tie for 11th last year. 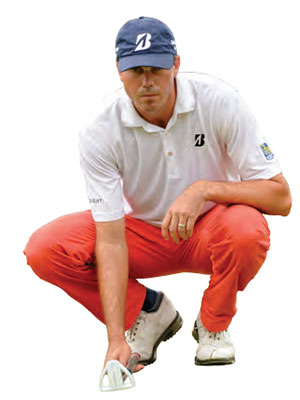 MATT KUCHAR: Kuchar seems to have figured out Harbour Town. The 2014 Heritage champ had his streak of three straight top-10 finishes here snapped last year, however, when he tied for 11th.