The organization’s impact can’t be measured in dollars and cents alone.

It’s a testament to the fantastic work this organization does that we somehow find ourselves getting numb to the numbers. We applaud when we hear the total and congratulate everyone on another year of fundraising.

But that’s the thing about numbers: They can’t tell the whole story. You can read how the Heritage Classic Foundation has raised $35 million since its inception in 1987 and know that’s a massive chunk of change, but still not really see all the wonderful things that money accomplishes. On an intellectual level, we know that $3,807,850 in scholarships helps pay for a lot of education. But we don’t really stop to think how vastly different those 275 students’ lives will be thanks to these donations.

As a wise man once said, “If it’s not putting food on the table, it’s just numbers in a book.”

Dive deeper into the giving that goes on each year, and you’ll see that the quantifiable numbers translate into an immeasurable impact on community, and on the lives of those they benefits. 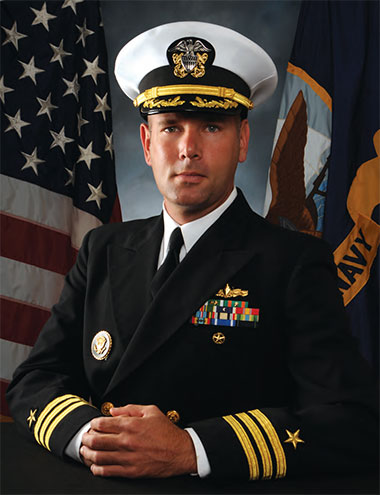 Among the most direct ways the Heritage Classic Foundations touches lives is through its scholarship program. Every young student whose name you see in the paper has had the entire course of their destiny rewritten by this program, with new opportunities presented to them that they may never have seen otherwise.

Michael Brasseur knows this like few others. One of the original scholarship recipients back in 1993, he was able to attend Vanderbilt University thanks to the foundation, going on to earn a bachelor’s degree in chemistry and secondary education. That education in turn allowed him to be commissioned as an officer in the United States Navy. And when the USS Milwaukee was commissioned in the fall of 2015, Brasseur served as her blue crew’s commanding officer.

In a letter to the Heritage Classic Foundation, Brasseur wrote, “Not only did the scholarship provide much needed financial assistance, it was a huge point of pride for my family and me. In addition to getting my college paid for, there is a certain amount of esteem bestowed upon the recipients of the scholarship. … Your scholarship was and remains very important to my education and career.”

And all that money raised for local charities? It funds very real projects that have an immediate impact on our community.

Take The First Tee of the Lowcountry, which just opened its brand-new Gumtree Road facility. Featuring a 350-yard driving range, six-hole Clyde Johnston short course and nine-hole disc golf course, this facility will give thousands of area kids the opportunity to build life skills through the game of golf.

And during the 2014 capital campaign to get the facility built, The First Tee of the Lowcountry’s involvement in the Champions Fore Charity campaign was crucial.

The Heritage Library also has found the Heritage Classic Foundation’s support critical in supporting its mission. Apart from making up for a slight dip in income during the summer, funding from Champions Fore Charity and Birdies for Charity has given the Heritage Library new avenues for marketing its programs to donors.

And what’s more, funding from the foundation was directly responsible for the massive body of archives the library has been able to obtain that outlines an important part of Lowcountry history.

“All of the pension records of the United States Colored Troops that we have ordered from the National Archives were paid for by three grants received over the past 10 years,” said Linda Piekut, the library’s executive director. 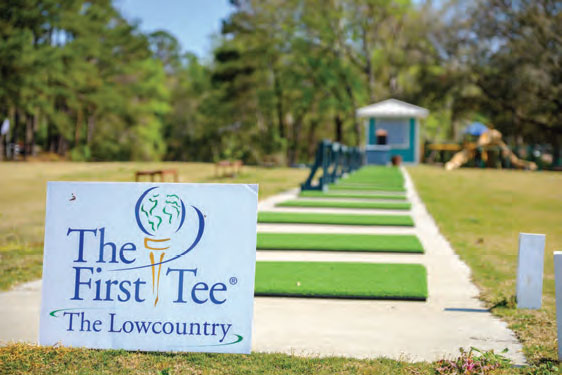 And if you really want to see numbers, we can give you two that have meant so much to so many. The first is 20, the number of years that Memory Matters has partnered with Birdies for Charity. The second is 69, the number of people who will receive the program’s low-wealth fee waiver. The waiver provides Memory Matters’ services free of charge to those who need it most, and is almost entirely funded by Birdies for Charity.

“An organization like Birdies for Charity steps in at a crucial point for our caregivers and their loved ones who are living with the disease of dementia,” said Memory Matters executive director Sheila Strand. “This is a long haul for people. … Their budgets are stretched. These kinds of gifts from Birdies for Charity are priceless to us. It changes their entire life.”

So whether it’s giving kids a place to learn and grow in the game of golf, helping people connect with their ancestors, giving a caregiver a chance to breathe or just giving a kid a chance to lead our men and women in uniform, these dollars do a world of good once you go beyond the numbers.