A mere six months after Hilton Head Island was hit by a hurricane, Harbour Town Golf Links is again playing host to one of the most celebrated PGA Tour events for an impressive 49th consecutive year.

As it has every year for nearly five decades, the RBC Heritage Presented by Boeing has attracted many of the top PGA Tour stars, including marquee International players and popular American stars. Back to defend his first Heritage victory is one of those international standouts: Brendan Grace. The South African is joined by European stalwarts such as Martin Kaymer and Luke Donald, who has five top 5 finishes at Harbour Town, but no title to show for it.

Those golfers, along with the rest of the field, will take on a golf course that not only held its own against Mother Nature’s wrath in October, but has stood strong against the power and length explosion of the PGA Tour over the past couple decades. Pete Dye’s gem along Calibogue Sound is among the most unique layouts on the PGA Tour circuit, and it remains the primary reason so many of top names in golf return to Hilton Head year after year.

So who are the players to watch this year? Here’s a compilation of golfers, some who have already proven their mettle at Harbour Town and others who have come painfully close without winning, as well as a few who are challengers here for the first time. However one chooses to qualify them, these are players to keep an eye on as tournament week progresses. It’s entirely possible the eventual champion is absent this list, but nonetheless it’s a good start when forecasting the action during the much-anticipated 2017 edition of one of Hilton Head’s signature events. 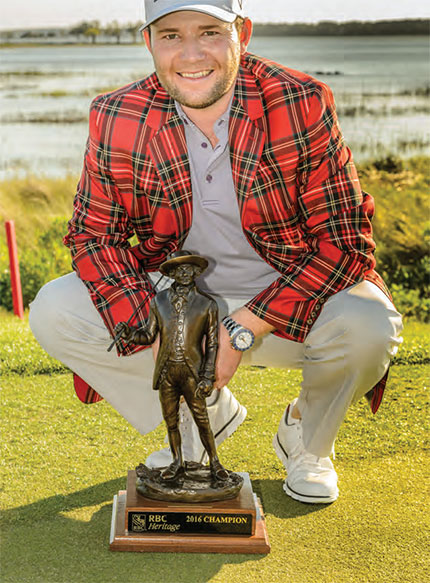 Last year proved to be a breakthrough season for Grace, and as the Heritage often is for many first-time winners, his triumph at Harbour Town was the pinnacle. The South African rallied from a three-shot deficit to outlast Russell Knox and Luke Donald by one shot. Overall, Grace posted nine top 10s at PGA Tour events in 2016, including top 5s at both the U.S. Open and PGA Championship, and earned just under $3 million.

This year, however, hasn’t been quite as kind to the world’s 18th-ranked golfer. Through the first 10 weeks of 2017, Grace has only played four times on the PGA Tour. His best finish was a tie for 13th in Hawaii, and he was forced to withdraw after an opening-round 77 at the Honda Classic in late February. Grace ranks outside the top 70 in most key performance calculators, including driving, around the green and accuracy categories.

We’ll soon see whether a return to Hilton Head signals a return to the form that won him the tartan jacket last year — but the current state of his game won’t get it done this time around.

PAST CHAMPIONS AND CURRENT THREATS 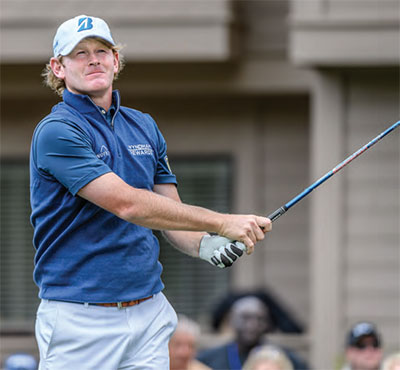 Brandt Snedeker has been an all-or-nothing kind of guy in 2017. The 2011 Heritage champion had six starts through the WGC Mexico Open in early March and recorded three top 10s and a top 15 against two missed cuts in those events. The strong finishes demonstrate that when on, Snedeker remains one of the best putters in the PGA Tour, but when off, he can implode with the best of them.

That same all-or-nothing performance describes Snedeker’s Heritage career. The world’s 23rd-ranked player has earned $1.2 million in 11 Heritage starts, but $1 million of that came from his one victory. The former Vanderbilt star has missed the cut three times, including last year’s early exit. So if you want to see Snedeker this year, be sure to catch him during the first two rounds just to be safe — but if he’s around on Sunday, expect to see him late into the afternoon. 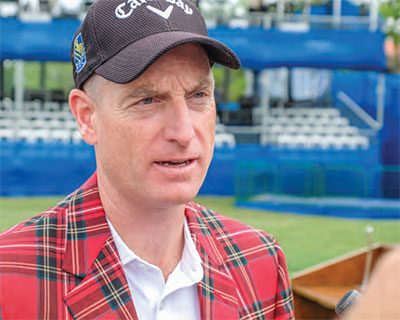 Forced to sit out last year due to wrist surgery, Jim Furyk returns to one his favorite and most successful venues on the PGA Tour, with his sights set on a return to form. When right, the two-time Heritage champion has a game perfectly suited for the challenges presented by Harbour Town.

The 2018 Ryder Cup captain is consistent off the tee, reliable with irons and, when putting well, can be very good around the greens. In 17 Heritage stars, Furyk has eight top 10s and has earned more than $3 million, a strong Harbour Town resume by any standard.

Furyk has eased his way back onto the tour this year, playing in only a handful of events. So how “back” he’ll be when the Heritage starts is among one of the more interesting questions of tournament week. If the RBC Ambassador has his trademark accuracy, course management and patience about him, he’ll be where he usually is at Harbour Town—around the top of the leaderboard. If not, we’ll have to settle for just having a great champion back in action. 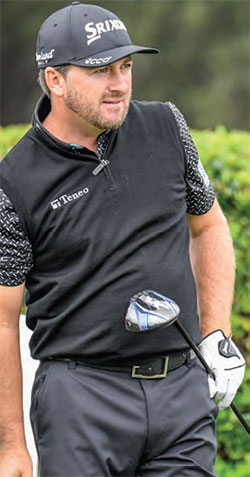 His major champion status notwithstanding, PGA Tour victories have been few and far between for Graeme McDowell. In fact, the Irishman has only one tour win since his 2013 Heritage title, and really hasn’t been in contention very much the past two seasons.

To be fair, the former U.S. Open champion has played sparingly stateside, especially in the first half of the past few seasons. Disregarding majors and World Golf Championship events, McDowell made only 15 or so starts on the PGA Tour in 2016, and regrettably missed 10 cuts in those tournaments.

One of those missed cuts was right here at Harbour Town, which outside of his 2013 victory hasn’t been very kind to the world’s 87th-ranked player. His accuracy and short-game make him a threat, but recent history suggests he’s a marginal one at best. 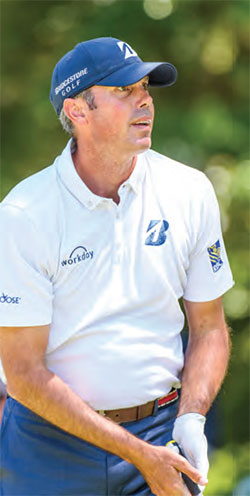 Given his all-around game and consistency at the time, Matt Kuchar’s thrilling 2014 victory at Harbour Town surprised very few people. The fact that the American hasn’t won a PGA Tour event since then is likely to take many by surprise. In fact, Kuchar has gone winless in his past 70-plus starts through the Arnold Palmer Invitational in March.

There’s nothing easy about winning on the PGA Tour, but Kuchar’s victory slump isn’t simply a result of increased competition. In seven starts this season, he’s recorded just one top 10, and has missed the cut three times. During that stretch, his shot-making and accuracy have dropped from his normal standard.

Never a long hitter, Kuchar ranks near 100 in greens in regulation and 143rd in proximity to the hole. Driving distance is one of those stats that doesn’t really matter at Harbour Town, but accuracy to the small greens is an absolute must. That’s where Kuchar needs to improve if he’s going to break his elongated winless streak at the very place he last tasted victory. 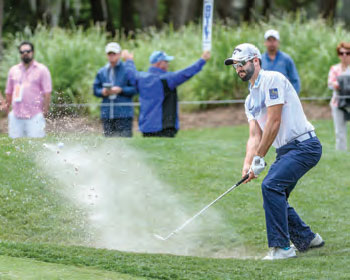 Prior to his impressive victory at the Valspar Championship last month, Adam Hadwin would have been more dark horse than contender. Yet with his first PGA Tour title now in hand, the Canadian absolutely has to be considered a threat to challenge for a tartan jacket.

Hadwin was impressive on the Copperhead Course at Innisbrook Resort, one of the most challenging tracts on the PGA Tour, as he held off a talented field to claim the breakthrough victory. The RBC Ambassador leaped onto the scene earlier this season with a 59 at the CareerBuilder Challenge, eventually finishing second behind Hudson Swafford, and brings a game well-suited for Harbour Town.

He currently ranks among the top 10 in putting and scrambling and top 5 in sand saves. Both are nice attributes to have around the challenging greens of Dye’s layout.  Bottom line, seeing Hadwin around the top of leaderboards isn’t going to be a surprise any longer, and he’s likely to be found right there come Sunday’s final round. 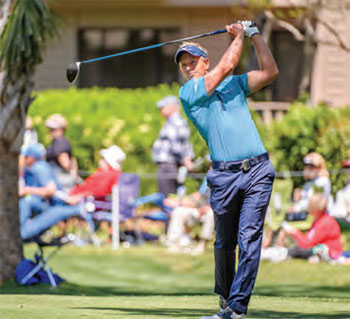 It’s hard to imagine a player with a better Heritage resume without ever winning the event than Donald. The once-upon-a-time world No. 1 has five top three finishes in 11 Heritage starts, including a tie for second last year. Whether Donald, who has earned a tidy $3.3 million on Hilton Head in those starts, is snake bit or simply due is among the more interesting storylines this year.

Donald‘s accuracy, shot-making and short game are tailor-made for Harbour Town. Conversely, his lack of distance isn’t the concern it might be on more traditional PGA Tour courses. Like many Europeans, Donald has made limited starts on the tour this year, playing only four tournaments through mid-March, and his best finish in those events is a modest tie for 17th at the Genesis Open. That quiet start notwithstanding, Donald’s track record on Hilton Head makes him a player to watch in his 12th Heritage start. 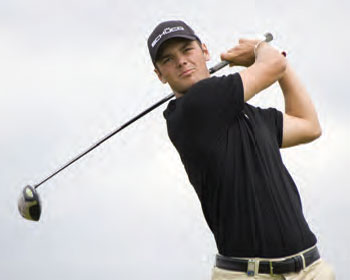 Kaymer is making just his third start at Harbour Town and his first since 2014, making him equal parts mystery and threat in this year’s field. The two-time major champion posted a tie for 24th three years ago, and remains one of the dangerous international players on the PGA Tour.

Kaymer spends more time on the European Tour, but does have three PGA Tour titles to complement his 12 international victories, highlighted by both a U.S. Open and PGA Championship. The German tied for fourth at the Honda Classic back in February, suggesting he’ll arrive on Hilton Head in good form. Given his quality shot-making and solid short game, he has to be a player to favor for a first Heritage title. 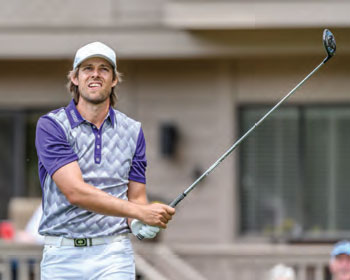 When Aaron Baddeley donned the tartan jacket back in 2006, he was among the fastest rising stars on the PGA tour. As the Aussie makes his 13th appearance at Harbour Town Golf Links, he’s just another player in search of what could have been and what might still be.

That Heritage victory was Baddeley’s first on the tour, but since then the world’s 153th-ranked player has only added three more, with the most recent coming last year at the Barbasol Championship. And he’s seen far more failure than flash in 2017. Baddeley missed three straight cuts to close out the West Coast Swing earlier this year, and his best finish since the calendar turned to 2017 is a tie for 25th at the SBS Tournament of Champions in Hawaii. 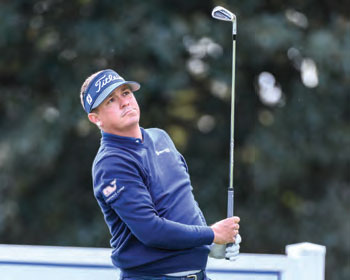 The former PGA Champion is a fan favorite as much for his personality off the course as his play on it. The inspiration the Internet craze “Dufnering” is making his ninth Heritage start, while looking for a first serious run at a tartan jacket.

The four-time PGA Tour winner’s best finishes at Harbour Town are a tie for 14th back in 2011 and a tie for 24th a year later. That said, he’s only missed the cut one time and has the type of reliable game that can certainly succeed on the Sea Pines course. He comes to Hilton Head in decent form, having posted three top 25s in his three starts this year through the WGC-Mexico Open.

AND ONE FAN FAVORITE … 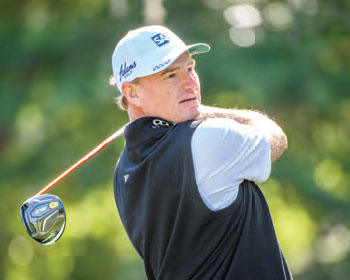 When it comes to the Heritage, Ernie Els is the quintessential bridesmaid. The Hall of Fame golfer has flirted with the tartan jacket several times, only to be denied by admittedly less-accomplished golfers. Still, the South African remains a Hilton Head fan favorite, in large measure for the graceful way he handles falling short and the fact that he truly is among the more genuine players on the PGA Tour.

The four-time major champion is by no means the golfer he was in his prime, evidenced by the fact that Els hasn’t made the cut in a PGA Tour event since Lar November at the Shriner’s Hospital Championship for Children (as of mid-March).

If Els has any hope of waking up the Harbour Town echoes, he must find a way to figure out a game that is struggling in way too many aspects. He ranks in the 190s off the tee, the 200s in greens in regulation and his putting is only good enough for 116. Those are less than promising numbers for the Big Easy, yet Els will undoubtedly be among the most celebrated players during tournament week.