Bluffton’s Heyward House is a veritable time machine: Cross its threshold and you step back to 1841. The timber-framed home — an example of West Indies-inspired architecture — looks much as it did when built in the 1840s by plantation owner John J. Cole.

Over the years, however, time took its toll.

“Before the renovation, we had a beautiful, quaint Bahamian-style Southern cottage that was absolutely falling apart,” said Kelly Graham, executive director of the nonprofit Bluffton Historical Preservation Society, which owns and operates the landmark.

Heyward House was closed for a month last summer for major renovations — breathing new life into the structure while staying true to its history.

“They took that place apart and inspected every board, numbered, stored and archived them so we could reuse all of the old timbers. And a lot of rot was discovered,” Graham said. 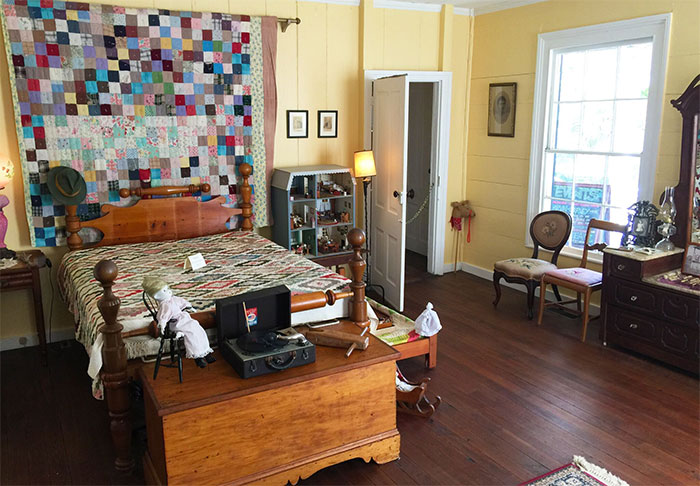 Much of the rot was caused by alterations to the home — a kitchen from the 1930s, upstairs bedrooms, stairs on the outside of the house.

IT HAD BEEN ADDED ON TO MANY TIMES OVER.

“It had been added on to many times over the years,” Graham said. “It started as a two-room cabin. As the Cole family grew, they added on to the house. Sometimes, more spectacularly than others. When their family swelled to 13 children, they needed maximum space and they added the upstairs as a sleeping loft.”

The Heyward family owned the home from the early 1880s until 1998, when they sold it to the Bluffton Historical Preservation Society. The first Heyward to live in the house was George Cuthbert Heyward, grandson of Thomas Heyward Jr., a signer of the Declaration of Independence.

The last owner, Margaret Hair Heyward, ran Bluffton’s first beauty salon in the back of the house.

BEFORE THE RENOVATION, WE HAD A BEAUTIFUL, QUAINT BAHAMIAN-STYLE SOUTHERN COTTAGE THAT WAS ABSOLUTELY FALLING APART.

She likely wouldn’t recognize the house today. Air-conditioning and heating were installed for the first time, as was insulation. To bring the home up to code, a wheelchair ramp was built in the rear of the house. There’s office space for the entire museum staff, and a conference room on the second floor. Wooden boards salvaged from the old kitchen were installed as shiplap walls in the gift shop, now stocked with period-era merchandise. The slave house in the backyard — one of few remaining examples of Civil War-era slave quarters in the Lowcountry — received a new room and siding. New furnishings for the main house were purchased and a commemoration plaque at the front entrance was hung. 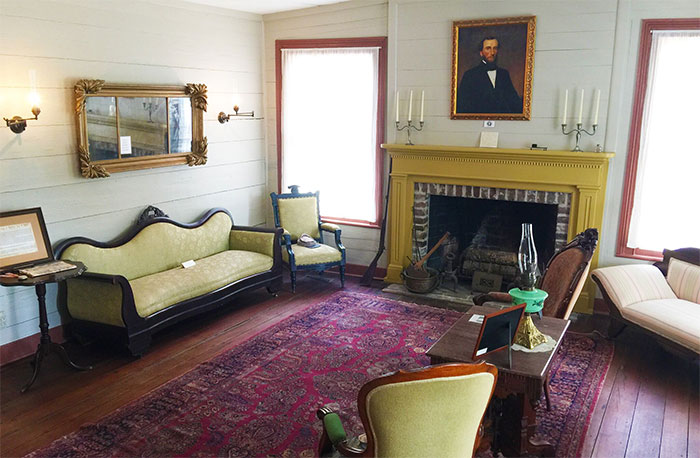 No detail, no matter how small, was ignored. For example, volunteer Joanie Heyward led a project to install new light fixtures that looked appropriate for the home’s time period.

All the work wouldn’t have been possible, Graham said, if it weren’t for state Rep.

Bill Herbkersman, who represents Beaufort and Jasper counties. He helped the historical society secure a $200,000 grant from the state to preserve and repair the building.

“We wouldn’t be here today without his foresight,” Graham said of Herbkersman’s efforts. “He was the one who came to the society and said, ‘You know, I know about these funds that are available for wonderful projects,’ and boy, did we get busy.”

Historic Heyward House is the official welcome center for the town of Bluffton. Located at 70 Boundary St. in Bluffton, the house is open from 10 a.m. to 5 p.m. Mondays through Fridays and 10 a.m. to 4 p.m. Saturdays. 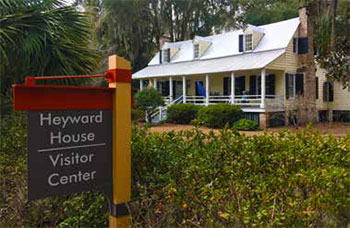 Guided tours are available from 10 a.m. to 4 p.m. during the week and from 10 a.m. to 3 p.m. Saturdays. Tours are $10 for adults and $5 for students, and children younger than 10 and members of the Bluffton Historical Preservation Society get in free.