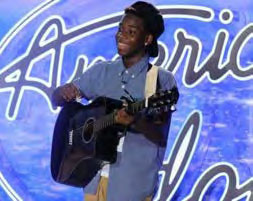 Sixteen-year-old Bluffton resident Lee Jean was featured in the premiere episode of the popular Fox TV reality series “American Idol.” Jean impressed judges Jennifer Lopez, Keith Urban and Harry Connick Jr., receiving votes from all three for his performance of “I See Fire” and earning a golden ticket to the Hollywood round of the show.

On the episode, Jean shared the story of losing his brother and said it was the reason he tried out for the show. He stands as one of only 11 men left among the show’s 24 semifinalists.