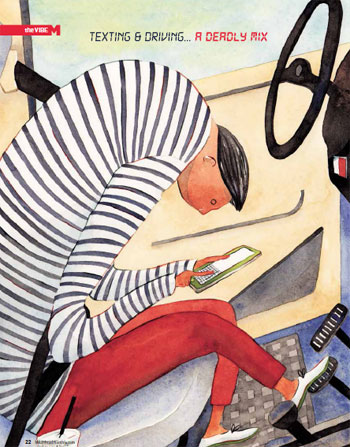 IN DECEMBER 2010, 19-YEAR-OLD CHARLESTON SOUTHERN UNIVERSITY BASEBALL PLAYER WILL BEDENBAUGH WAS KILLED IN A SINGLE-CAR ACCIDENT NEAR HIS HOME IN PROSPERITY, S.C.

The promising young baseball player attended Mid Carolina High School, where he was named All State and All Region as a senior. His life was cut short when his car ran off the road.

He was texting while driving.

Will was the nephew of Bluffton’s mayor, Lisa Sulka, who still finds it very difficult for her to discuss his death.

The pain a family feels when a loved one dies, especially a young person with so much to look forward to, is unquantifiable.

What is quantifiable is that the Sulka family is not alone in their grief when it comes to losing a loved one in such a seemingly senseless way.

In 2010, the Centers for Disease Control reported that more than nine people are killed every day and more than 1,060 people injured in crashes that are reported to involve a distracted driver.

The CDC also says nearly half of all U.S. high school students age 16 years or older text or email while driving.

The problem is one that has grabbed the attention of Beaufort County and several of its communities. 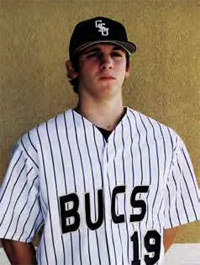 Bluffton Town Council passed a first reading of an ordinance in early October that would ban texting and driving. Fines would be $100 on the first offense; $200 on the second; and $300 for a third or further incident.

It’s an issue that Sulka feels extremely passionate about. “Since (Will’s death) I have made this a personal mission to remind everyone about the issues with texting while driving,” said Sulka.

“While this law will not eliminate this, it will definitely be a deterrent for all of us, but especially for our teenagers. I pledged a long time ago that I would not text while driving, and I am so proud of my council for unanimously supporting this.”

The town of Hilton Head has been involved in the issue over the last year.

“When you’re driving and looking at the car beside you, we’ve all seen people texting or on the phone,” said Hilton Head Mayor Drew Laughlin. “It’s clearly distracting

” So council took up an ordinance banning texting while driving and passed it in July.

The city of Beaufort has also passed a ban, as has the county. The fines are the same as the ones Bluffton has spelled out in its pending ordinance.

Hands-free phones are exempt in each of the ordinances.

Beaufort County Sheriff P.J. Tanner said his department has handed out multiple warnings to drivers of all ages.

He said it’s fairly easy to tell when people are looking down at their phone or other electronic device. He said people involved in crashes – mostly rear-enders - have sometimes admitted they were texting and not paying attention.

The sheriff also said he is glad to see these laws are being passed in the county and in its most of its communities.

However, one of the glitches in South Carolina is that it has not passed a statewide ordinance, one of only three in the country to not do so.

But if these local ordinances save a single life, they are worth it, said Beaufort County Councilman Stu Rodman.

The bottom line, said Laughlin, is that “even if I’m on a hands-free phone, it distracts you from driving. When people are hitting the rubber and doing 75 mph on a highway, they shouldn’t be talking on the phone.

At the time of Will Bedenbaugh’s death, his coach, Stuart Lake, said in an athletic department press release that “Charleston Southern University and especially our CSU baseball family are very saddened by this loss … . Will was a very special person to his teammates and coaches. He was a part of our very first recruiting class here that has done many great things on the fi eld, in the classroom and community. … He will forever be a part of CSU baseball.”

The Sulka family has started the WillPower Foundation, which was set up by the mayor’s brother and sister-in-law to provide scholarships and funds to recreational centers that promote Christian growth in the lives of teenagers. It will also minister to teens about the dangers of driving and texting and “about how the decisions that they make impact the lives of all that love them.” For more information on the WillPower Foundation, visit www.facebook.com/WillPowerFoundation.