LOOKING BACK AT LOCAL HEADLINES JANUARY: The Lowcountry was welcomed to the New Year with a powerful overnight storm on Jan. 3 that left thousands without power. Severe storms and a cold front brought heavy rain and heavy wind. Wind gusts reached 49 miles per hour, according to the National Weather Service.

Hilton Head Island Land Trust conducted a contest to name the pair of eagles that were part of its popular “Eagle Cam.” After more than 400 submissions, the eagles’ names selected were Harriet and Mitch, named after Underground Railroad crusader Harriet Tubman and General Ormsby M. Mitchel, who founded the Town of Mitchelville on Hilton Head Island.

Beaufort County adopted a revised redistricting map. The biggest changes pertained to the historic Gullah neighborhoods on Hilton Head Island. Of the island’s 14 Gullah neighborhoods, 12 were kept together in their entirety in District 10. Spanish Wells was split between Districts 10 and 11, while Chaplin ended up entirely in District 11. District 8 occupies a smaller portion of Hilton Head because of those changes.

Bluffton Mayor Lisa Sulka won a defamation lawsuit against local government critic Skip Hoagland. She was awarded $50 million in damages. A jury ruled that Sulka would receive $40 million in actual damages and $10 million in punitive damages from Hoagland.

Improvements were earmarked for the island as Islanders Beach Park at Folly Field Road planned to get a new pavilion that will give visitors with disabilities or other special needs a chance to enjoy views of the beach. The pavilion will feature a wide entry path for wheelchair access and benches for seating.

MARCH: The war in Ukraine was felt in the Lowcountry as Illia Ovcharenko, a 20-year-old native of Chernihiv, in northern Ukraine and only 110 miles from the Russian border, took second place at the Hilton Head International Piano Competition.

Jeff Prekop, who runs a dog-grooming business on Hilton Head Island, helped animals in Ukraine. He drove animal relief supplies from locations outside the country to a central camp in Ukraine. Supplies were then distributed to locations across the country.

Local icon Stan Smith was presented the Order of the Palmetto by Gov. Henry McMaster. The award is presented in recognition of a lifetime of extraordinary achievement and service.

APRIL: The RBC Heritage Presented by Boeing returned at full capacity and the patrons were rewarded with a memorable event. Jordan Spieth won the tournament, defeating Patrick Cantlay in a playoff. 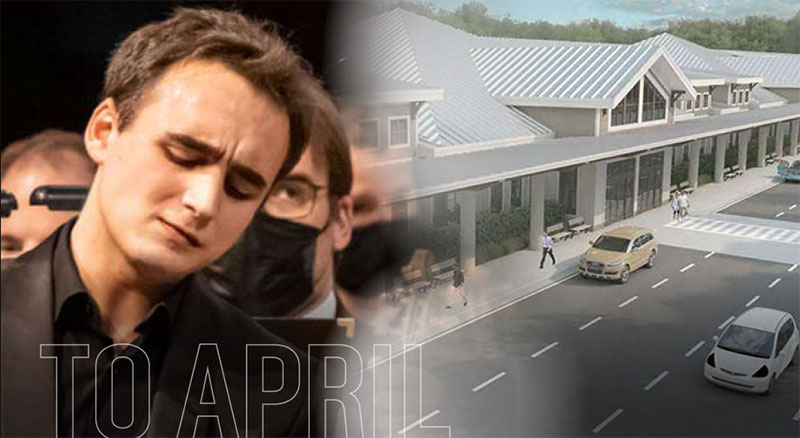 The Lowcountry mourned the loss of Andrew Farbman, owner of Amigos Cafe Y Cantina in Bluffton, who was killed after he was struck by a car when walking on Spanish Wells Road on Easter Sunday. A Hilton Head Island resident, Farbman, 62, was known for his business acumen and his friendly demeanor.

Improvements to the area moved forward as Hilton Head’s airport got the go-ahead from Beaufort County Council for a terminal upgrade. The project will include approximately 43,000 more square feet for terminal space, three jetways for passengers, new parking, security upgrades, all-new baggage claim, a new grand hall and a four-lane passenger drop-off and pick-up area.

MAY: The national spotlight was on our area as NBC’s “Today” was broadcast in front of a live audience May 20 from a house on the beach. The show’s “3rd Hour” featured Al Roker, Craig Melvin, Sheinelle Jones and Dylan Dreyer. The crew went on a fishing adventure, rode with the Sea Turtle Patrol Hilton Head Island, celebrated Melvin’s birthday and enjoyed local whisky.

Short-term rentals were a hot topic and in May the town of Hilton Head moved ahead with a plan — enforceable Jan. 1, 2023. The ordinance includes a variety of initiatives. “The ordinance will help create a balance to ensure residents, short-term rental owners and guests are all able to enjoy the island,” the town said.

Another initiative moved closer to being finalized this month as the town reviewed plans proposed for the Mid- Island Tract and overall Mid-Island Initiative Area. Mayor John McCann believes the plans for the 103-acre mid-island community park will “transform” the island. Plans were approved in November.

Educators got a raise as county Board of Education approved the authorization to pay a 3% cost of living increase to full-time active employees.

Beaufort County Council voted to stop the collection of school impact fees and provide refunds for people who have paid them. The decision was not without some opposition. David Striebinger, school board chair, and superintendent Frank Rodriguez released a letter arguing against the decision. Refunds for the fees will be distributed to property owners in the order they were collected.

JUNE: The Lowcountry keeps growing, with Bluffton and Hardeeville continuing to show growth. The U.S. Census Bureau said Bluffton ranks No. 1 and Hardeeville No. 8 among the fastest-growing cities based on population. Hardeeville saw a 14.3 percent increase; Bluffton’s went up 12 percent.

State lawmakers reached agreements that will impact the Lowcountry, including reduced tax rates and rebates for many South Carolinians. A spending plan clears the way for I-95 to be expanded to six lanes to Walterboro from the Georgia- South Carolina border.

JULY: Athletics was in the spotlight as the USC Beaufort Department of Athletics was officially approved as provisional members of NCAA Division II. The school joins the Peach Belt Conference.

Congaree Golf Club in Jasper County announced it would

host The CJ Cup in October. The event featured a 78-man field and 20,000 fans. Rory McIlroy won with a 1-shot victory.

The Hilton Head Island Airport received $12 million in additional funding for the estimated $53 million terminal upgrades in the South Carolina State budget. The project is estimated to be completed in mid-to-late 2025. The airport at this point received $33 million overall.

In local news that grabbed national attention, former Lowcountry attorney Alex Murdaugh was indicted on two counts of murder in the June 7, 2021, killings of his wife, Maggie Murdaugh, 52, and his son, Paul Murdaugh, 22, state law enforcement said. Alex Murdaugh, 54, has denied having any role in the deaths. The indictment accuses Murdaugh of killing his wife with a rifle and his son with a shotgun. He was also charged with two counts of possession of a weapon during a violent crime.

AUGUST: Stephenie Price resigned as police chief of the town of Bluffton. Captain Scott Chandler was named interim chief. Price had been chief of police since Oct. 12, 2020.

Bluffton’s Anne Fernandez shot a 4-under par 206 to win the Jimmy Self Invitational hosted by the Palmetto Dunes George Fazio Course. Fernandez won the girls 13-18 division. She won by 28 shots.

An 88-year-old woman in Sun City Hilton Head was killed by an alligator Aug. 15, the Beaufort County Coroner’s office said. The body was discovered near the pond in Sun City. The alligator, a 9-foot, 8-inch male, was removed from the pond and euthanized.

Hilton Head Island Town Council passed an ordinance allowing lower-speed e-bikes on the Town’s public pathways. The ordinance requires that safety information regarding the use of all bicycles be given to anyone who rents or purchases a bicycle on Hilton Head Island.

SEPTEMBER: There were anxious moments this month for residents of the Chimney Cove Village, but they were not expected to be evicted in September, as originally planned. Eviction notices to residents of the low-income apartment complex on Hilton Head Island were rescinded, according to a letter they received from management.

The football number worn by Dwon “D.J.” Fields Jr. will not be worn again after Bluffton High School retired his No. 55. A ceremony was held Sept. 16. Fields was shot and killed March 2021.

A proposal to allow golf carts on multi-use paths on Buckwalter Parkway and Bluffton failed to move ahead. The ordinance failed on a Beaufort County Council first reading with a 5-5 vote. Those voting against the proposal cited safety concerns.

OCTOBER: The Lowcountry mourned the loss of an icon as Steve Carb, who changed the restaurant scene in the area, died at the age of 63. He helped found the SERG Group, which became the island’s largest employer.

“His impact on our restaurants and the hospitality and tourism industry on Hilton Head Island has been substantial,” the SERG Group said. 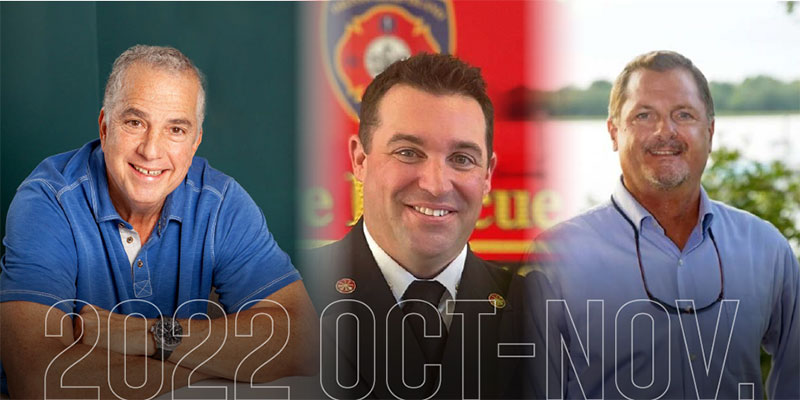 Storm season became a threat as the effects of Hurricane Ian were felt in the Lowcountry, but it did not directly hit the area. There was no major impact according to officials. Sustained winds of 38 miles per hour and gusts of 52 miles per hour were recorded on Hilton Head Island. Beaufort County saw about 1.5 inches of rain.

Chris Blankenship was named fire rescue chief for the town of Hilton Head. Blankenship came to Hilton Head Island Fire Rescue as a college intern in 2001. He was promoted to senior firefighter in 2004 and captain in 2014. In 2018, he was named Deputy Chief of Operations.

NOVEMBER: Voters in the Lowcountry went to the polls. On the island, incumbent Patsy Brison (Ward 2) and Tamara Becker (Ward 4) won. Steve Alfred won Ward 5. The race for island mayor went to a runoff between JoAnn Orischak and Alan Perry, with Perry winning.

For county school board, Elizabeth Hey won District 10. In county council races, Tab Tabernik (District 6) and Tommy Reitz (District 11) were winners. A topic of discussion all year was brought back to the forefront when a workforce housing framework was adopted by the town of Hilton Head. The plan includes collaboration, planning, management, and finding funding.

Earlier this fall Beaufort and Jasper counties, along with the participating municipalities, pledged $3.4 million to support the production and preservation of affordable housing for workers critical to the region’s infrastructure like teachers, law enforcement officers, first responders and service industry workers.