Growth, development and workforce housing are hot topics on Hilton Head Island, and possible projects are having an impact on the area.

The owners of a beloved business, Driftwood Stable, announced their plans to cease operations at their Jonesville Road location by the end of the year. Sisters Sondra and Marlene Makowski have operated the business, one of only two such operations on Hilton Head, for five years. They were notified by their landlord of his intention to sell the property.

“Our options are really limited,” said Marlene. “This area only has so many horse farms, and they’re disappearing. We’re trying to relocate locally. We do have some leads, and we’re hoping that one of those works out. It’s a tough area with the high price of land and limited space.”

The sisters have built a devoted customer base during their time on the island. Rachel Mayoh said that one of the reasons her family moved to the Paddocks neighborhood was to be close to Driftwood Stable.

“My daughter has been riding since she was 7, and she’s now 16,” said Mayoh. “We moved here loving the fact that there was a lesson program and that we had access to that in a way that she could just ride her bike over there. That was amazing.” 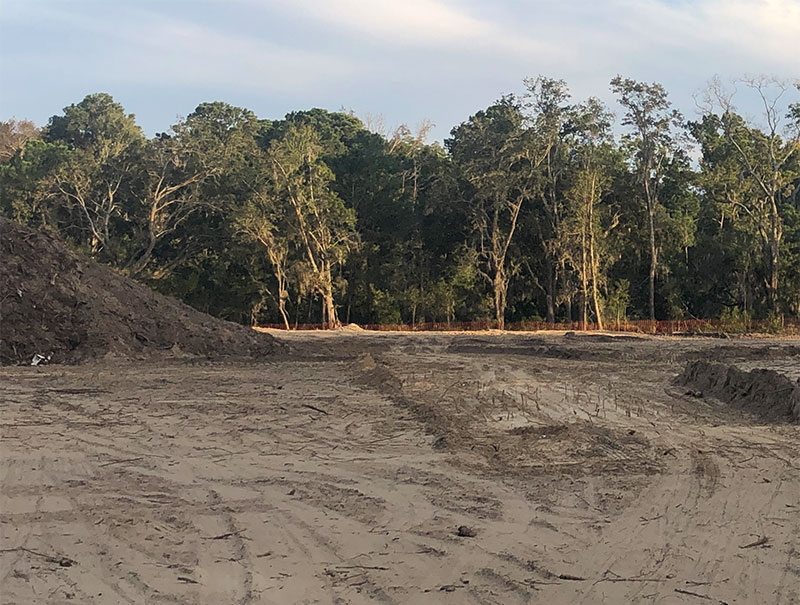 The Mayohs bought their own horse two years ago and boarded it at the stables next door.

“I don’t know where we’re going to put this horse,” Mayoh said. “There’s no availability. It’s full everywhere. It puts us in a spot. There’s a need for places for horses to go. You have to drive to Georgia if you want to find an available barn.”

Since an initial conversation with their landlord, the future of the property has become less clear. While Marlene said that may buy them an extra month or two, it doesn’t change the ultimate outcome. The business will almost certainly move off the island. It’s a move that will impact every facet of the sisters’ lives.

“We actually live on the farm,” Marlene said. “It’s more than just a business. It’s our whole life. It’s our livelihood. It’s our home. It’s a place for our animals and our pets. It’s a safe haven for us, and we created that environment for others. It’s really a loss for Hilton Head.”

Another project planned for Jonesville Road was reviewed by the Town of Hilton Head Design Review Board earlier this summer.

Brought to the review board by project architect Nathan Payne, the Bailey’s Cove Amenity Center was described as a residential accessory facility designed to host recreational activities, such as swimming and social gatherings, for residents of the Bailey’s Cove development. Building plans approved by the town for that development include about 147 units on an approximately 29-acre site. An expected completion date is still to be determined, according to the town. 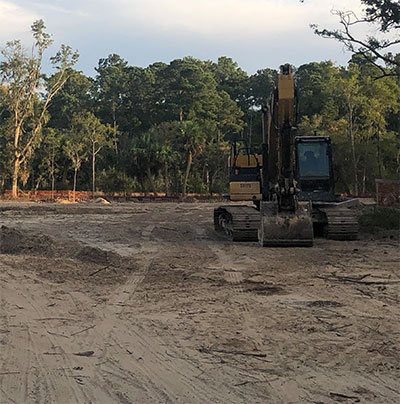 The building will occupy a 0.67-acre plot and will feature a pool. According to Payne, the design will utilize and accentuate the natural features and character of the site. It will preserve existing trees and views of the marsh that runs along the property to the north.

The design will feature landscaping that preserves the natural aesthetic of Jonesville Road. Landscape designs will feature lower landscaping features along the road for improved visibility, then increase the height and density for screening with trees such as southern live oaks and southern magnolias.

Payne said that the timing for his request for final approval from the design review board has not yet been determined.

With few affordable housing alternatives available on the island, a notice from California Chimney Cove, LLC delivered to residents of the 52-unit Chimney Cove neighborhood came as an unwelcome shock in mid-August. It gave residents 30 days to vacate the property and had the dual impact of turning the residents’ lives upside down and thrusting the issue of workforce housing into the spotlight.

resource-constrained market after residents received the Aug. 12 notice, while the town council called a special meeting for Sept. 6 to address workforce housing issues.

By the end of August, Chimney Cove residents received a second notice rescinding the notice to vacate. Pressure for residents to move immediately was mitigated at least temporarily. But residents and community activists know that another notice to vacate could come at any time.

Sandy Gillis, executive director of the Deep Well Project, suggested that a reported deal to sell the property to Tampa, Florida-based DeBartolo Development may have been stymied by the public uproar.

The 8.5-acre property at 839 William Hilton Parkway is currently listed for sale for $10.2 million.

“I think it’s important to recognize the pivotal role Chimney Cove residents and Christ Lutheran Church have played in getting the community to focus on the affordable housing crisis,” said Councilmember David Ames during the Sept. 6 town council meeting. “I’m hopeful there’s a silver lining in what the residents of Chimney Cove have had to endure. We must seize this opportunity by continuing our community conversation and by establishing realistic and pragmatic strategies for island housing.”

In an attempt to develop a regional approach to housing concerns, the town of Hilton Head announced its participation in the Beaufort-Jasper Regional Housing Trust Fund.

Beaufort and Jasper counties, along with the participating municipalities, have pledged $3.4 million to support the production and preservation of affordable housing for workers critical to the region’s infrastructure like teachers, law enforcement officers, first responders and service industry workers.

Overcoming barriers to affordable development, such as financial gaps and land availability, will be a priority of the trust fund, the town of HHI said. The fund will work with area utility partners to ensure the availability of water and sewer lines and other utilities vital for determining the feasibility of new developments, especially multifamily housing development.

Goals include creating new housing units or rehabilitating or preserving existing housing units and helping households maintain financially by reducing money they must spend on housing and transportation.

“Being a part of a cooperative effort with other municipalities will help us get closer to solutions for this critical issue,” Hilton Head Mayor John McCann said.