By James A. Mallory

Lowcountry voters will decide on Nov. 8 whether Congressional District 1 stays Republican or flips back to the Democrats. On Hilton Head Island, voters will choose a new mayor from among four candidates. Other state races include governor, U.S. Senator and a State School Superintendent.

The following profiles from within our coverage area are drawn from the League of Women Voters’ Guide (vote411.org), Ballotpedia (https://ballotpedia.org/South_Carolina) and candidate websites. Available links to candidate websites and other social media are included for more details. More information can be found via those candidates who also have their own Facebook election pages. For a sample ballot specific to your district, visit scvotes.org and click “Get My Sample Ballot.”

Incumbent Gov. Henry McMaster (R) has led South Carolina since 2017 after he replaced Gov. Nikki Haley, who became U.S. Ambassador to the United Nations. He was elected to a full term in 2018. (henrymcmaster.com).

Libertarian Bruce Reeves is also on the ballot. (reeves4sc.com). 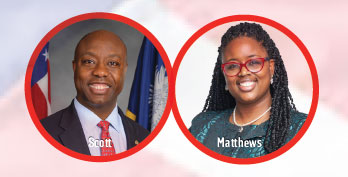 Incumbent Tim Scott (R), who has been in the Senate since 2013, faces Krystle Matthews (D).

Scott serves on the following committees: Finance; Health, Education, Labor and Pensions; Banking, Housing and Urban Affairs; Small Business and Entrepreneurship; and the Special Committee on Aging. According to his website, his signature legislation was creating Opportunity Zones as part of the 2017 tax reform package. (scott.senate.gov).

Matthews represents the 117th district of the South Carolina House of Representatives, serving since 2018. She is on the Medical, Military, Public and Municipal Affairs Committee and the Operations and Management Committee. (matthewsforsenate.com).

Mace serves on the Transportation and Infrastructure Committee; the Oversight and Reform Committee; and the Veterans Affairs Committee. (mace.house.gov).

Andrews of Mt. Pleasant is an Associate Professor of Pediatrics at the Medical University of South Carolina (MUSC) in Charleston and has been a pediatrician at MUSC since 2009, according to her website. She works at the MUSC Shawn Jenkins Children’s Hospital where she developed and directed the Advocacy Curriculum for the Department of Pediatrics. (drannieandrews.com).

Ellen Weaver (R) says on her website that her STP Plan “… is all about good old-fashioned common sense. It will revolutionize education in South Carolina by prioritizing students, supporting teachers, and empowering parents.” (ellenforeducation.com)

Patricia M Mickel (Green) is also on the ballot. She had not responded to Ballotpedia or the League of Women’s voter by press time. 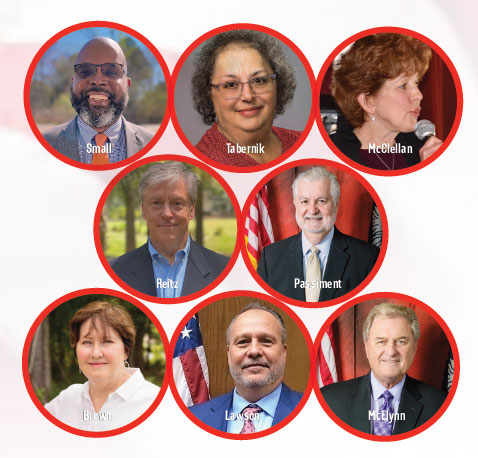 District 06 Alphonso Small Jr. (D) and Tab Tabernik (R) compete for this council seat. Smalls, a former correctional and police officer, says on his website that he is concerned about skyrocketing housing costs, unchecked growth and congested highways. (electalphonsosmall.com)

District 11 Cathy A. McClellan (D) and Tommy Reitz (R) are vying for this council seat.

McClellan is advocating transparency; recruiting and retaining a sustainable workforce; public transportation options; affordable and workforce housing; health care cooperatives; incentives for retaining a trained and able workforce; and a balanced approach to development that preserves the culture and unique character of Hilton Head and Beaufort County.

Reitz proposes to protect and preserve the environment and natural resources of Beaufort County; be a voice for the residents of the island; and full transparency and honesty. He also wants to make sure the “right decision is made about the 278 Corridor Expansion so as to not negatively impact this island.” (tomhhi.com). 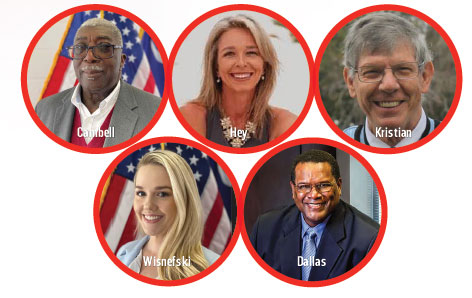 Campbell said the board should work with the legislature to keep guns “in safe and responsible hands.” He also called “Intense noninvasive background checks” necessary.

Kristian said it should be policy that the superintendent works with the county sheriff to devise programs and strategies to keep schools safe. He is not in favor of arming teachers but said school resource officers “should be equipped with all the tools and authority needed to keep our students and teachers safe.”

Hey did not respond to the League by press time. She has a Facebook candidate page. 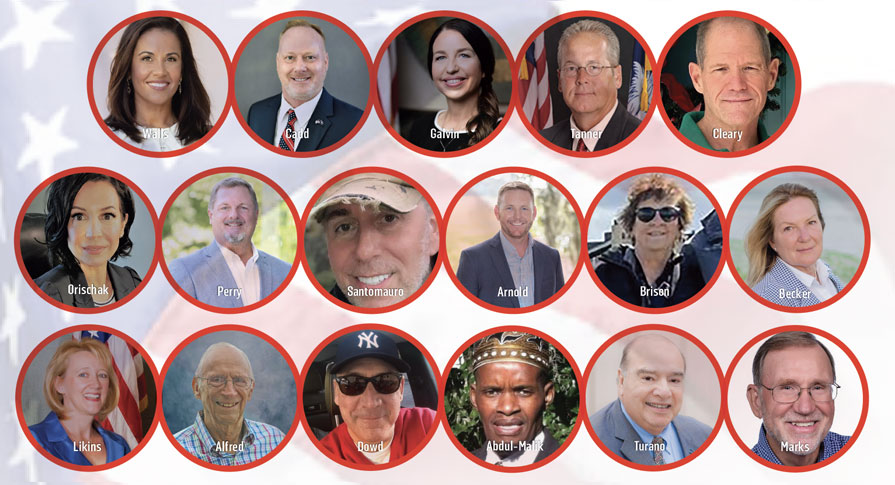 Sheriff: PJ Tanner is unopposed. He has been county sheriff since 1998.

Thomas J. Cleary III served in the Army for 27 years, according to his website (clearyformayorhhi.com). He moved to the island in 2020. He told the League of Women Voters that his five-year vision is: “That Hilton Head Island reaches an equilibrium between the residents of Hilton Head Island and the business community, especially tourism. Rehabilitate current infrastructure and balance new construction against the limited size of the Island, maintaining its natural beauty. Hilton Head Island is a safe community with a stellar right-sized, agile Hilton Head Island Police Force.”

Josephine Ann Orischak, a former member of the Beaufort County School Board, said her five-year vision “would prioritize land preservation, solutions to worker shortages, and seeing the corridor/bridge project to fruition.”

Alan Perry and Michael Santomauro were both candidates for mayor in 2018. Perry moved to the island in 1975. He is a mortgage loan originator at Mortgage Network, according to LinkedIn. Perry, on his website, said his priorities are Islander housing, transparency, protection of the natural environment, community development cooperation and recreation, arts and history. (mayorperry.com). Santomauro, a self-proclaimed free speech advocate, gained local notoriety during his 2018 run for mayor for having questioned aspects of the Holocaust. He had not responded at press time. He has a Facebook candidate page.

Ward 2 Stephen C. Arnold and Patsy Brison are vying for the seat. Brison listed “Island Capacity” as an issue saying the town needs to limit congestion and protect the island’s environment. Another issue, she said, is “Island Resiliency” with flooding being a big problem. She also listed as concerns: workforce housing and beach preservation and protection. (patsybrisonhhi.com). Arnold, on his website, Arnold said he’s running to bring a “younger voice to the table.” His top priorities are to bring balance to conversations and decisions “made for our community’s residents.” (www.arnoldhhi.com).

Ward 4 Incumbent Tamara Becker is facing a challenge from Kim Likins, director of the Hilton Head Island Boys & Girls Club and former holder of the council seat. The candidates had not responded at press time.

Becker has served on Town Council since 2018 and has lived on Hilton Head Island for 13 years. If re-elected, she says on her website, she will continue to “put residents first” and work to stop overdevelopment. She would also pursue the best solutions to completing the U.S. 278 corridor project without compromising “our Island character, future and the Native Islander Communities.” Other priorities include supporting arts and culture; protecting the environment and wildlife; finding the best solution for workforce housing; and guaranteeing fiscal responsibility. (beckerhhi.com)

Dowd had not responded to the League at press time. He has a Facebook candidate page.