LOOKING BACK AT LOCAL AND NATIONAL HEADLINES

JANUARY
The year began in the shadow of the coronavirus with more than 100 million confirmed cases worldwide, but newly developed vaccines offered hope. Pfizer and Moderna’s vaccines were proving to be effective, with initial doses administered to older adults. About four million doses were delivered per week in the United States to begin the year.

The Hilton Head Christian Academy campus in Bluffton made its debut with a ribbon cutting for the 70,000-square-foot, $23 million facility.

Nationally, on Jan. 6, the U.S. Capitol was attacked by supporters of then-President Donald Trump. As of October almost 700 people were charged in relation to the attack. Joe Biden was sworn in as the 46th President of the United States on Jan. 20.

The festivities weren’t completely shut down, however, as organizers announced plans for a boat parade, which was held March 14.

The community mourned the death of Scott Liggett, longtime director of public projects and facilities for the town of Hilton Head. He had worked for the town since 1991.

The United States surpassed 500,000 deaths from the coronavirus.

The Lowcountry was celebrated as tennis icons and Hilton Head residents Dennis Van der Meer and Kerry Melville Reid were selected to be inducted into the International Tennis Hall of Fame.

Bluffton and the Lowcountry was stunned by the shooting death of Dwon Fields Jr., an 18-year-old senior at Bluffton High School. A vigil was held at Bobcat Stadium several days after the shooting.

Good fortune shined on a Hilton Head Island resident who bought a Powerball ticket in honor of her late mother and won $1 million, the S.C. Education Lottery said. The winner purchased 10 Powerball quick picks at the Speedway store on William Hilton Parkway on St. Patrick’s Day.

Globally, vaccine distribution continued to proceed as more than 500 million vaccinations were administered. There were more than 30 million confirmed cases of COVID-19 in the United States. 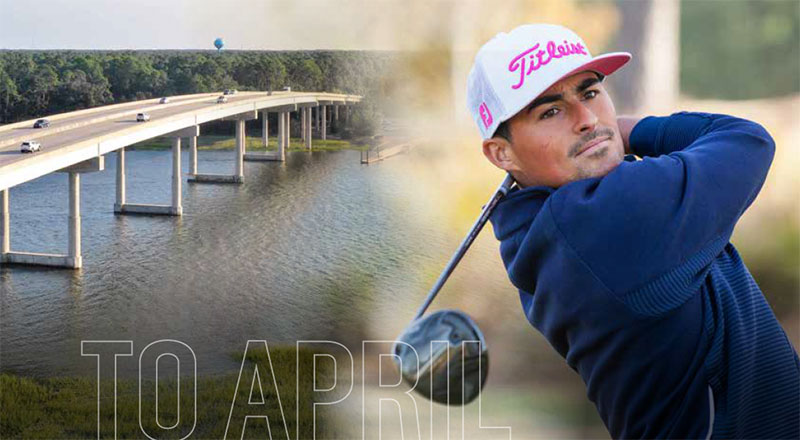 The RBC Heritage Presented by Boeing returned to Harbour Town Golf Links with limited spectators. With a final round 1-under par 70, Stewart Cink cruised to his third Heritage championship. He finished at 19-under overall to secure a four-shot victory. Bluffton native Bryson Nimmer made his Heritage debut. He finished 6-over overall.

The Martin family was honored by the town of Bluffton with a ribbon cutting for Martin Family Park. Jake and Ida Martin were recognized for being “exemplary” community leaders.

The University of South Carolina Beaufort accepted an invitation to join the Peach Belt Conference in NCAA Division II. USCB plans to begin competing with full conference schedules beginning with the 2022-23 seasons.

The Town of Bluffton officially approved the contract of town manager Stephen Steese.  He began his new post in June. Steese was formerly the Easley city administrator.

As the number of vaccinations globally surpassed three billion, South Carolina Gov. Henry McMaster did not renew the COVID-19 State of Emergency he issued in 2020. The order was active for 451 days before it expired June 6.

Julia Herrin of Bluffton was crowned Miss South Carolina on June 26. Herrin, 19, is an Auburn University student. She will participate in this year’s Miss America competition in December.

Tropical Storm Elsa brought to the Lowcountry heavy rain and power outages. Trees and power lines were knocked down the night of July 7 and early July 8 during the storm.

Hilton Head Island Fire Rescue said it responded to more than 66 incidents, including 33 trees in the road. Palmetto Electric reported approximately 19,800 outages on Hilton Head Island at the height of the storm.

Wind gusts of 81 mph were recorded on the Calibogue Sound at 11:13 p.m., according to the National Weather Service in Charleston.

The U.S. 278 Corridor Improvements Project took center stage with documents made available to view for the public. The estimated cost is $289,902,745.

More than 70 percent of adults had received at least one dose of a coronavirus vaccine, the Centers for Disease Control and Prevention said.

A prominent Lowcountry attorney was involved in a shooting as Alex Murdaugh, whose wife and youngest son were shot and killed in Colleton County in June, was himself shot Sept. 4 on a road in Hampton County, according to the South Carolina Law Enforcement Division. On Sept. 14, SLED arrested a suspect in connection with the shooting of Murdaugh.

A news release said Curtis Smith was charged with assisted suicide. Murdaugh admitted to giving Smith a firearm and told him to kill Murdaugh so his life insurance policy would be paid out (valued at $10 million) to his other son, according to SLED.

Kitty advocated for health initiatives throughout Bluffton’s African American community and the Lowcountry. Kitty died this March at 90 years old.

After a surge of the Delta variant, new coronavirus cases dropped 20 percent in the United States

“This honor belongs to our residents and businesses who welcome our visitors with hospitality and a great guest experience,” said Bill Miles, President and CEO of the Hilton Head Island-Bluffton Chamber of Commerce.

The Savannah/Hilton Head International Airport was named the top airport in the U.S. for the second year in a row.

Aimee Whitesell, who teaches biology at Battery Creek High School, was named as the Beaufort County School District’s 2021-2022 District Teacher of the Year. 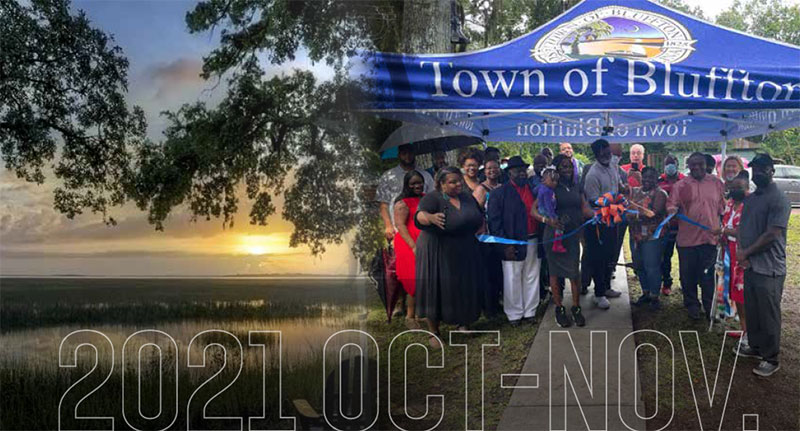 Two longtime Lowcountry coaches announced they are leaving their positions.

John Houpt stepped down as football coach of Bluffton High after five seasons as head coach. He was with the program for 14 years.

More than 400 million doses of a coronavirus vaccine had been administrated as of early November.

About 59 percent of all Americans are fully vaccinated and 1.3 million doses are being administered each day.

Across South Carolina, as of early in the month, cases fell in 30 counties.