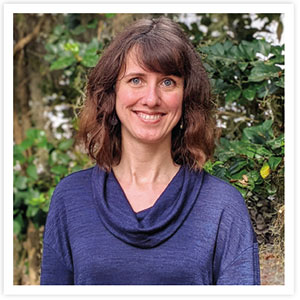 Nearly 20 people per minute are physically abused by an intimate partner in the United States. In a year’s time, that is more than 10 million women and men.

South Carolina ranks 11th in the nation in the rate of women murdered by men, according to the Violence Policy Center (VPC) study, When Men Murder Women, published in 2020. This was the first time in the 23-year history of the study that South Carolina has not been included among the 10 states with the highest rates of women killed by men.

In 2020, Hopeful Horizons provided emergency shelter for 50 percent more women and their children who were fleeing domestic violence. That’s more people than we have served in a single year in our 30-plus-year history.

These statistics are bleak, but there is hope. October is Domestic Violence Awareness Month, which highlights the opportunity to talk about preventing and ending violence and abuse.

Hopeful Horizons is the nonprofit children’s advocacy, domestic violence and rape crisis organization working to create a safer community in Beaufort County and the four neighboring counties. We provide safety, hope and healing to survivors of child abuse, domestic violence and sexual assault through evidence-based practices and lead in ending abuse through primary prevention and education.

Ultimately, we strive to change the culture of violence and offer a path to healing for victims.

Hopeful Horizons offers counseling and many other services at no cost to victims of domestic violence. Conversations about child abuse, domestic violence and sexual assault can be difficult. Our staff are available to do free trainings and presentations (both in-person and virtual) for church groups, businesses, school groups and community clubs. Our prevention efforts reach into middle and high schools with clubs aimed at teaching healthy relationships and bystander intervention.

We all play a part in ending domestic violence. Hopeful Horizons’ Support Line is available 24/7 at 843-770-1070. Refer a friend or sit with them while they make this courageous call to ask for help. Invite Hopeful Horizons to present at your next meeting. Check out our website and share what you learn with someone you care about. Domestic violence thrives on secrecy and shame, so start the conversation.

Hopeful Horizons is here to listen and to help. We hope you’ll help raise awareness during October and year-round so that together we can build a community without abuse.