One plan approved by the town council in February — the “bonus density initiative” — identifies selected areas where developers would be allowed to significantly increase the amount of housing customarily allowed. The catch: Developers must double the number of units for workforce housing. 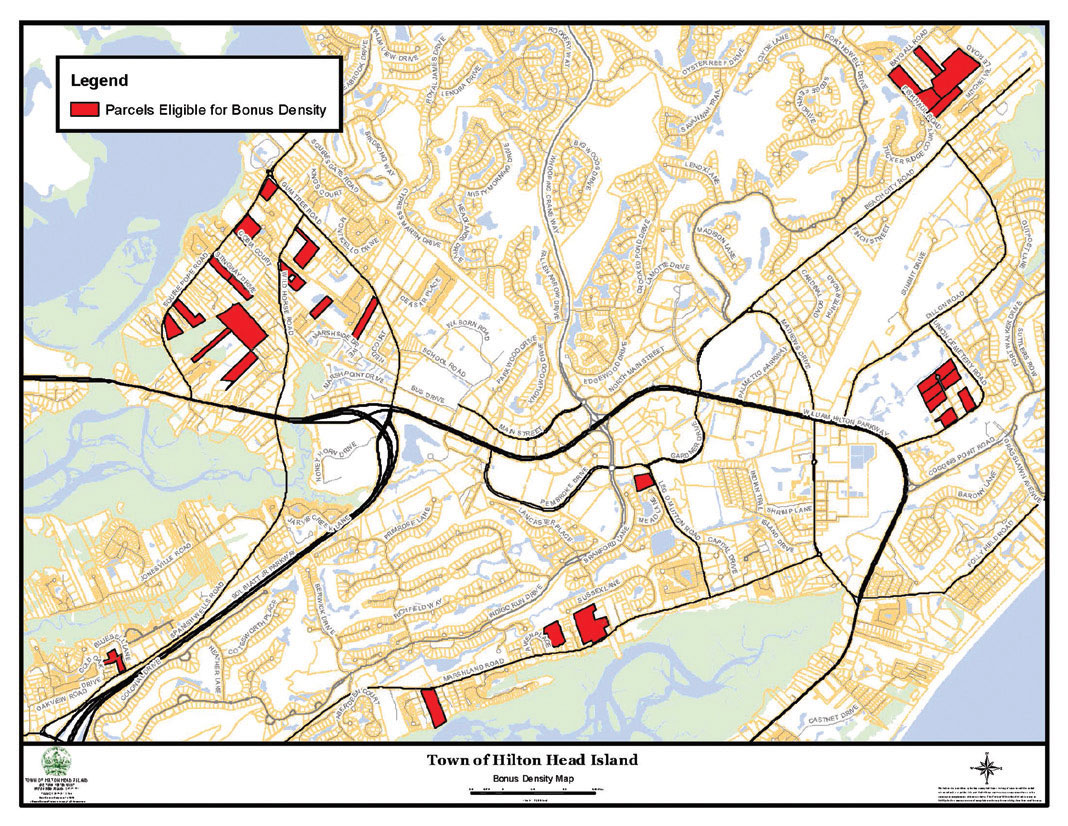 Another plan would make it easier to retrofit underperforming commercial buildings as residential housing.

Such development is important to Hilton Head, where more than 14,000 workers commute onto the island daily, according to a 2019 report by the town. Many are employed in food services, accommodations, arts, entertainment, recreation and health care — areas vital to tourism and quality of life. Workforce housing is intended to provide affordable options for key employment sectors where housing shortages are identified.

A consultant’s report in 2018 said fewer than 40 percent of Hilton Head workers live on the island. Many earn a median annual wage of less than $30,000 — leaving most rentals and homes out of reach.

“There is significant demand from Hilton Head Island workers for housing rentals for less than $875 per month, but there are relatively few units in that rent range,” said the report by a Virginia-based economic consultant.

Alan Wolf, president of the SERG Restaurant Group, said workforce housing is an ongoing concern for the hospitality industry. The SERG family of restaurants — including Giuseppi’s Pizza & Pasta, One Hot Mama’s American Grill and Skull Creek Boathouse, among others — has more than 1,200 team members, he said.

“Sixty-five percent of those live off-island,” he said.

Workplace housing and more effective transportation options are essential to assuring staffing levels and a trained, dependable workforce to serve the island’s tourists, visitors and residents, he said.

When workers become scarce or less reliable, service is affected and — ultimately — so are earnings that produce revenues subject to community taxes.

The situation is aggravated, he noted, by strong off-island growth. Increased job opportunities in Bluffton, and in Beaufort and Jasper counties, tend to discourage some workers from commuting onto Hilton Head Island.

Wolf said he hopes town officials will accelerate and expand housing initiatives to secure the workforce.

Hilton Head Mayor John J. McCann said the town council is working out details for an expected late-March special workshop on workforce housing and related issues. He expects the discussion to help prioritize needs and goals involving housing, education and transportation as means for securing a skilled, dependable workforce.

“We need to examine where they fit in our list of priorities,” he said. “Stay tuned.”

“It’s challenging,” he said, adding that he considers the issue “a community crisis.”

Jennifer Ray, Hilton Head’s deputy director of community development, said a variety of options have been examined and refined. Among those is a suggestion to make town-owned property available at prices attractive to developers of workforce housing.

Ray said Lowcountry governments also are collaborating on regional solutions. A workforce housing trust fund has been established with money pledged by Beaufort and Jasper counties, as well as Hilton Head, Bluffton, Hardeeville and Yemassee. Each is a member of the Southern Lowcountry Regional Board, with contributions based on a population formula.