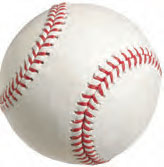 To not have at least a remote chance at achieving the American dream, is simply put, un-American. Every political campaign in history, to one degree or another, has mentioned the American dream. Look at the current presidential political cycle. If you ask either of the presidential candidates about their platforms, once you peel away all of the excess rhetoric, eventually, you’ll reach a common core. It is the one subject that binds us all: the American dream and the pursuit of independence. The ability to live freely, to work hard, and to raise a family in an environment that is comfortable and safe.

The pursuit of the American dream can be traced back as the 1700s; the values are chiseled into the plaque that stands alongside of our nation’s symbol of freedom, the Statue of Liberty: "Give me your tired, your poor, Your huddled masses yearning to breathe free, The wretched refuse of your teeming shore. Send these, the homeless, tempest-tossed to me, I lift my lamp beside the golden door!" — Emma Lazarus

The American dream represents an opportunity that should be available to everyone. Yet unfortunately, it remains out of reach for many.

Despite distance, financial constraints, war, famine and a variety of cultural conflicts that stand in their way, people from around the world are drawn to America, and to this dream. Many of them are willing to risk everything for a chance to become part of the American community and strive for this dream.

If you have been fortunate enough to travel the world, it is easier to compare the American experience to what people experience in other places. It is easier to appreciate the opportunities to pursue happiness and success that are denied others around the world because of ignorance, or poverty or oppressive politics. Americans have so much that sometimes we forget how well Americans truly live — even when compared to our continental neighbors to the south. 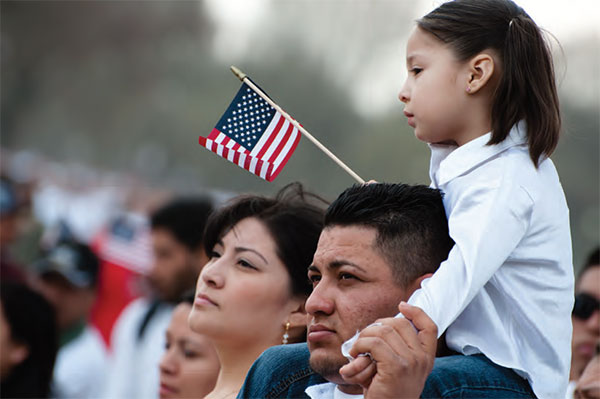 The good thing about the American dream is that over time, it grows rather than shrinks. Over time it becomes bigger, more seductive, and more appealing. This means that more people will be attracted to what we have, not fewer. It means that more people will want to come here and to become one of us. This is not something that we can change and still be America. This something we should remember when we think about immigration.

When we think about immigration, we should consider that in general, people do not casually decide to uproot themselves from the familiarity of their family and home country for random reasons. Immigration usually begins as the result of a variety of compelling scenarios that force a person to react, sometimes in drastic ways. For example, people immigrate for:

The history of this country tells us that immigrants from around the world have been streaming onto American shores through every conceivable entryway for hundreds of years. All of us had to become Americans unless you are of Native American decent. Many American stories began on Ellis Island, and some began on Plymouth Rock. Wherever they began, these stories connect Americans in fundamental ways. They all involve challenges that had to be overcome, and it is these successes that connect us and give us a common experience. America got its culture from the blending of immigrants into one society.

This is not a new concept. Ask an Irish, Italian, Greek, Japanese or Middle Eastern immigrant who emigrated in past decades. All of us are products of other countries. The new focus on ancestral research is a reminder that we are all hybrids; our ancestors all came to America from somewhere else. Yet today, it seems almost fashionable to take issue with people who are doing what the first pilgrims and settlers did hundreds of years ago — leaving behind economic or political oppression for a better way of life.

“We need to learn from our history to correct the things that are still the same, as they were in the past,” says Eric Esquivel, co-chairman of the Lowcountry Immigration Coalition and publisher of La Isla Magazine. “Instead of separating, we should be embracing each other instead of pushing immigrants into the shadows, where corruption lives.”

Trying to create a life in a new place is difficult for anyone. Imagine how hard it would be to begin a new life in a foreign land, with a different language, culture, way of life and laws. Then for some added flavor, throw in the automatic bias and racism that often block you at every turn. In general, this is what Hispanics face; these obstacles are part of their everyday life.

In the South, which has some of the highest and fastest growing Latino populations in the country, Hispanics face some of the same challenges that are evident nationwide. The good news is that the Lowcountry Immigration Coalition was formed to address these issues and find solutions to problems. The coalition helps inform immigrants of their rights and “builds a focus for the Hispanic community to be able to allow them to be a part of the Lowcountry, rather than to continue to live in the shadows for fear of deportation,” said coalition co-chairmain George Kanuck, a former U.S. Customs employee who spent seven years on the front lines of immigration. “We help people who need information and to have their documents in order to be prepared for their path to citizenship.” Fear of legal entanglements causes a lot of immigrants to be afraid to come out of the shadows. When they are out in the open, “they live and work here and can be active and positive contributors to society while they wait for the opportunity to become citizens,” he says.

The coalition has been instrumental in effecting change at both a national and local level. One significant achievement was a 2011 lawsuit, filed jointly with a coalition of several other civil rights groups, to persuade and prevent South Carolina Gov. Nikki Haley from enabling the police to profile Latino community members and demand they show documentation of citizenship during traffic stops. The case was ultimately settled and became the state law SB20. Latinos in Arizona faced similar issues earlier this year.

“We are there to show that someone is on their side and willing to take on any issues that they might encounter to make their lives easier,” Kanuck says.

Earlier this year, the 300-member strong coalition took its voice all the way to the U.S. Supreme Court in support of revisions to President Barack Obama’s executive orders on immigration. On the county level, the coalition helped to stop police checkpoints in Latino communities in Jasper County, as well as prevented Beaufort County from denying Latinos without driver’s licenses the right to register their vehicles. “We need a system that makes it easier for immigrants to obtain a license, not more difficult,” Esquivel says. “South Carolina needs laws that unite us versus separating and dividing us. South Carolina should be a model for integration.”

Because of the rapid growth of the Lowcountry’s Hispanic population, the Lowcountry Immigration Coalition has played a vital role in giving Latinos a voice and necessary seat at the governmental table.  Immigration and immigration reform have and always will be hot-button issues. At least in the Lowcountry, the coalition is doing its part to bridge the informational divide while making the immigration battle an even playing field. As the coalition’s slogan says, “The fight goes on.”

If you are interested in volunteering or would like more information on the Lowcountry Immigration Coalition, call 843-681-2393.