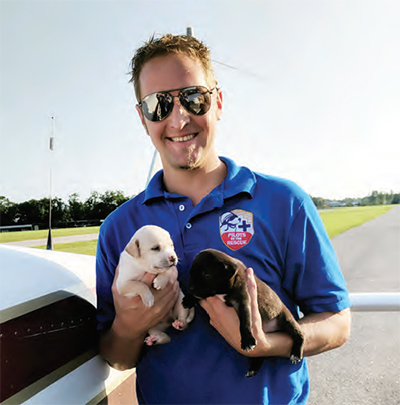 But it’s the nonprofit group’s latest strategy that’s really taking off. PAL’s transport program turns to “freedom flights” to send at-risk shelter animals in Beaufort, Jasper and nearby counties to no-kill shelters in the north that are less crowded.

“Dozens of lives are being saved,” says president Amy Campanini. “These dogs go from discarded to superstars, and we are so grateful to everyone involved in making these rescues a reality.”

Palmetto Animal League’s freedom flights have saved over 70 pups so far this year. Pilots to the Rescue provides the planes and “Top Dog Pilots” at no cost, thanks to generous donations.

“When your goal is to save as many homeless pets as possible, it’s deeply heartening to find so many like-minded people out there who value every animal’s life as a precious gift,” Campanini said.