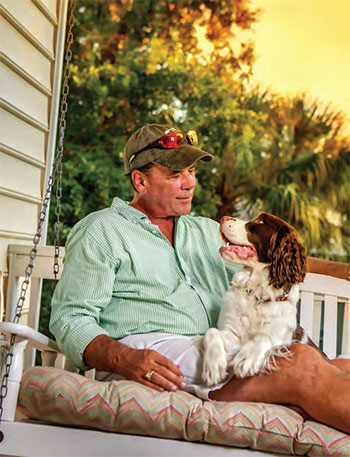 Some of the best teachers of humanity aren’t human at all — they’re our canine companions. In his novel “By His Side: Tales of Love and Loyalty Between a Man and His Dogs,” Brian David Kolowich brings this concept to light as the reader views life through the eyes of Kolowich’s springer spaniel, Georgia, and her mixed-breed son Batman, as well as other dog characters like Batman’s brother Chai.

“I had all these crazy dog stories and everyone said, ‘You’ve got to write that down,’” Kolowich said. “And then we had this week that played out like a country song — everything went wrong.”

Kolowich’s book begins with Batman discovering Georgia’s cancer has come back. Kolowich writes from Batman’s perspective, “Starting at the curly, silky fur on her breastbone, I move downward. I pass the scars of the missing teats that once nourished my littermates and me. Then, I feel it. There, in her loin area, under her skin is an unmistakable lump.” 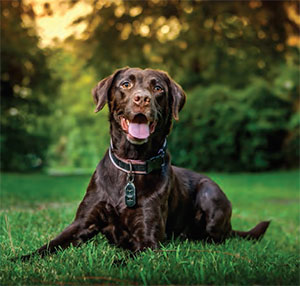 A son dealing with his mother’s passing is something that is very real to Kolowich. The same week of Georgia’s diagnosis, Kolowich’s mother, Lynn, suffered a heart attack and died before he could say goodbye.

“I was full of regret. Full of remorse. I kept thinking, ‘I should have called,’” Kolowich said. As he grieved his mother’s death, he observed his dogs’ relationship. “I would watch my two dogs have this communicative exchange, but I couldn't understand what they were saying. So I projected what conversations my mother and I would have had with each other had she known she was going to die.”

The book, which took a year for Kolowich to write, spans the course of only a few months but provides decades of sentiments, lessons and vignettes about life, death and truly living. In the last chapter, Kolowich uses Georgia’s voice to make a poignant point about acceptance. He writes, “Batman, I think I am ready now. My work is all done here. I feel fortunate to have been a mother 14 times. I’ve lived in and run freely throughout these beautiful mountains. I’ve gotten to see you and BK’s children grow and thrive … I want to run free at Rainbow Bridge.” 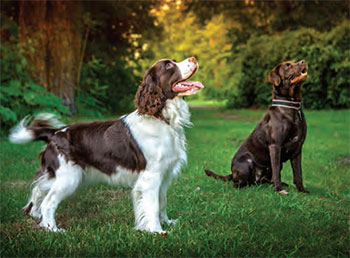 Kolowich said that our faithful four-legged companions “bring out the best in us. The simplicity of their existence is a reminder to all of us about what’s really important in life. Humans get so caught up and make things so complicated, but in the end, it doesn’t matter what we accumulated or how fast we moved. It matters the people we loved and the compassion and the charity we expressed.”