Of South Carolina’s 38 snake species, six are venomous. Though all six occur in the Lowcountry, only two are relatively common in or around Hilton Head Island and Bluffton. And there’s one simple rule to avoid being bitten: Leave them be. “We have good stats showing that people are usually bitten while trying to kill or handle them.

But in every case your best bet is just to leave them alone,” says herpetologist Tony Mills, education director at the Spring Island Trust and host of the SCETV television program “Coastal Kingdom.” “We have to learn to live with them. They have a right to be here like any other animal, and we couldn’t get rid of them even if we wanted to.”

The copperhead and cottonmouth, aka water moccasin, are the two most commonly seen venomous species in Beaufort County, Mills says. Though much rarer, diamondback rattlesnakes can be found on the island, there are pygmy rattlesnakes in Palmetto Bluff and coral snakes are occasionally seen in Bluffton.

Copperheads are by far the most common venomous species in the area. They are brown and tan with darker, hourglassshaped chevrons down the length of the body and have triangular heads with elliptical, or cat-like, pupils.

Often seen in residential areas and gardens, copperheads are responsible for some 3,000 bites a year nationally. But there have only been six recorded deaths from bites over the last century or more.

The cottonmouth is mostly seen in swampy areas.

A dark, heavy-bodied pit viper with a blocky head, this species can grow to more than three feet. Though venomous, deaths from bites are exceedingly rare, Mills says.

“They tend to stand their ground, because they are not fast, athletic snakes,” he says. When threatened, “they tend to turn and pop their mouths open, showing the gaping interior of the mouth. That’s where the name comes from.”

The eastern diamondback rattlesnake is a heavy species that can grow to six feet but is typically three to five feet. It is brown, brownish-yellow, brownishgray or olive in color, with a distinctive pattern of dark diamonds. Of the three local venomous species, it is considered the most dangerous, but it is rarely seen locally.

“You can still find the diamondback on Hilton Head Island, and maybe in Bluffton,” Mills says. “But the species has declined drastically, and we could lose those that are left.”

Three non-venomous species are also commonly seen in the area: the water snake, garter snake and distinctive black racer. All three can bite and even break the skin, but typically only if handled.

Water snakes of the genus Nerodia come in banded, red-bellied and brown varieties locally, Mills says. They are relatively heavy-bodied snakes and can grow up to four feet.

They are usually found near rivers and other wetlands, and different species feed on everything from catfish to frogs and salamanders.

Black racers can grow up to six feet and are relatively slender. Their black scales are shiny and they are highly mobile.

“They can really skate across the ground, often with their head sticking up like a periscope. They are good climbers, too,” Mills says.

Garter snakes are typically brown to olive colored, with black spots and yellow stripes running the length of the body.

They typically grow to two or three feet and are commonly found in yards and gardens.

If bitten by a venomous snake, “The best thing you can have is a vehicle and someone to drive you to the hospital,” Mills says.

Do not attempt to cut the skin or suck out venom, techniques long ago rejected by medical professionals but still persistent in the public conscious. 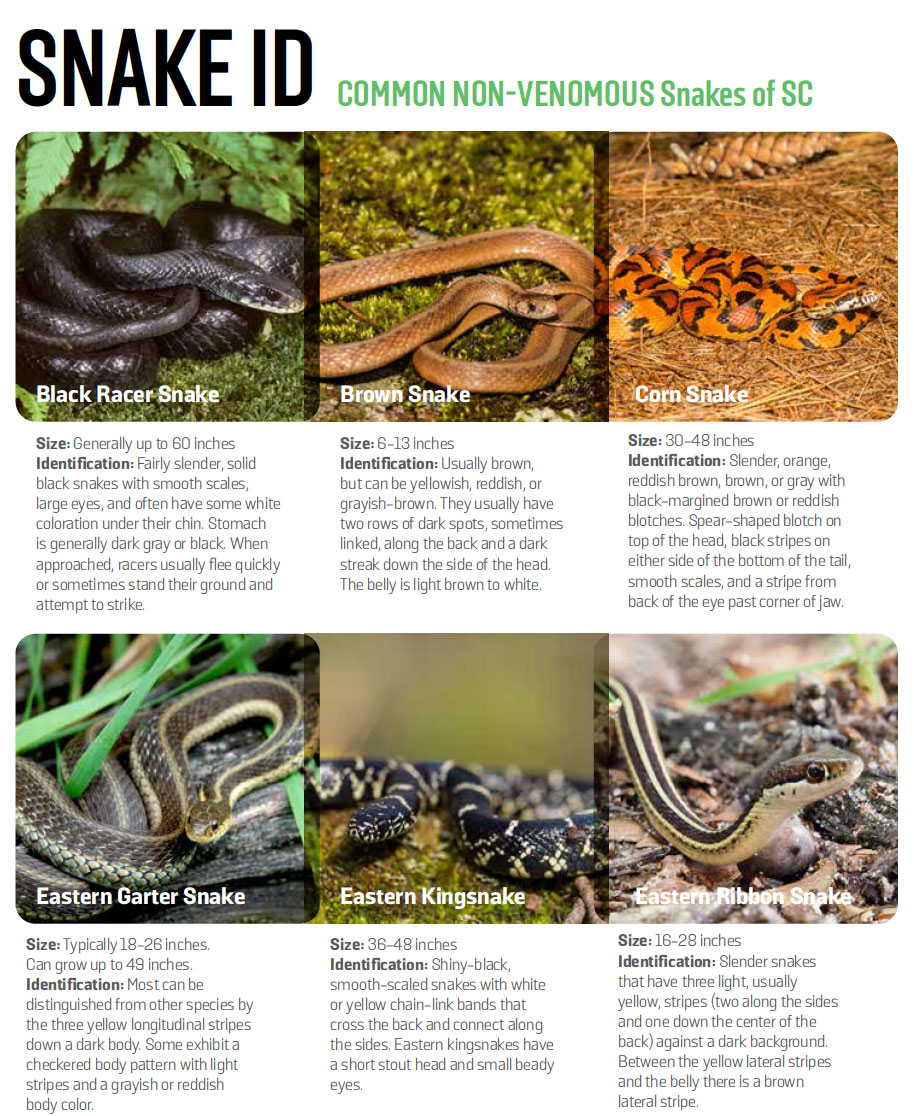 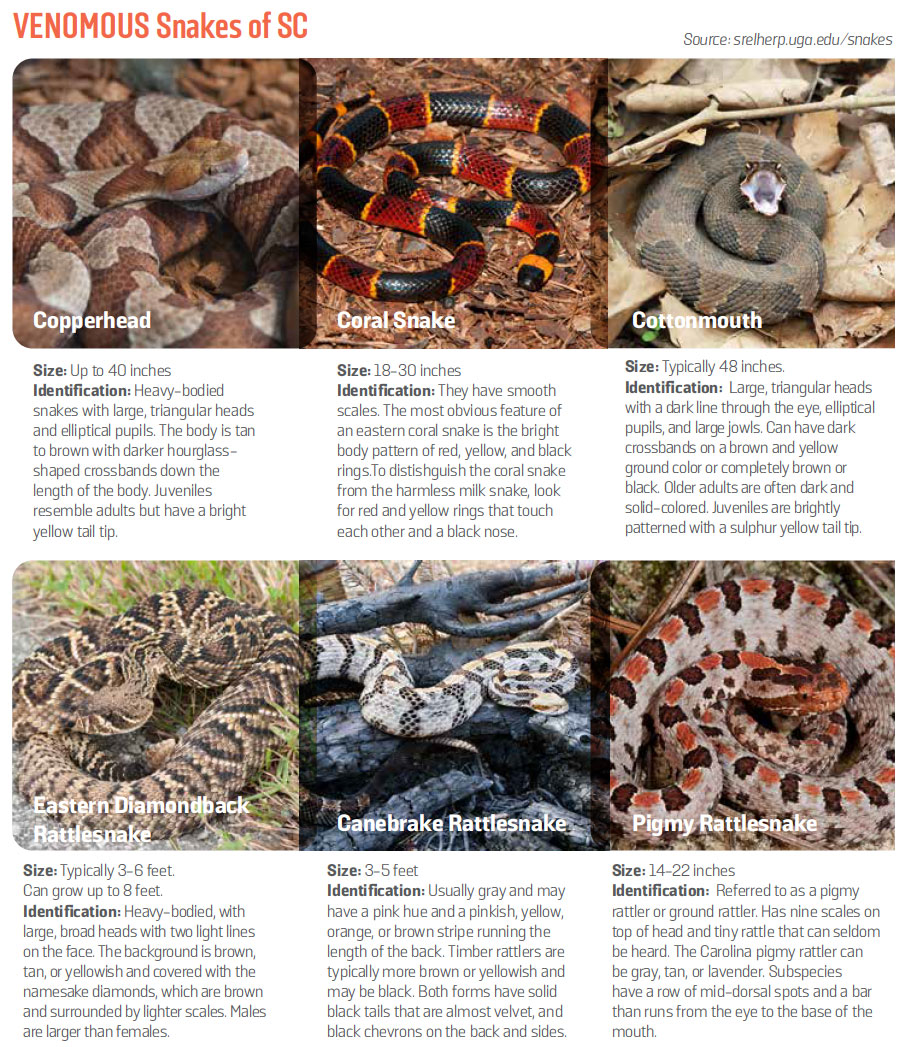