In my opinion, PR people have never done right by Bluffton. Bluffton needs to do what my mother once admonished me to do after I had quit a pretty good job on Hilton Head to do something that I thought more important. I was explaining that to a puzzled acquaintance while my mother was with me, and with a stage whisper that could be heard from the lighthouse to ships at sea, she coached me, “Tell him who you used to be!”

That’s kind of how I feel about Bluffton. Do you, the passing average reader on the street, even know who Bluffton used to be? 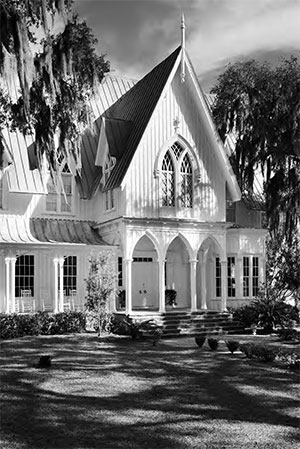 Well, during the first 60 percent of the 1800s, Bluffton used to be — to Hilton Head, and the rest of the Lowcountry — what Malibu Beach is to Hollywood today.

Hollywood has all the glamour, the commercialism and those famous names we see on the big screens. But when those famous names go home at night, do they go around the block in Hollywood? No, they get in their Ferrari and take a California autobahn straight to Malibu Beach and their comfortable mansion with a stupendous view, and with the ultimate in-crowd for neighbors. That is the good life, as opposed to where they work.

Bluffton has exactly the same foundation. Back in the day, just after 1800, two wealthy families built summer homes at what is now Bluffton — the Popes (as in Squire Pope)

and theKirks, as in Kirk’s Bluff and Rose Hill. Simply called “May River,” at the time, the Popes and the Kirks and began inviting their wealthy friends to join them at the “Malibu Beach” of the day.

The keepers of history are not sure of exact dates, but there is evidence the Kirks and Popes were on the bluff just after the century turned and that a growing little “hamlet” was located there well before James B. Kirk created in 1828 a Kirk’s Bluff suburb of that hamlet in today’s Alljoy community. Both families wanted their names on the growing elite community — “Bluffton” being the compromise solution (Malibu was not considered) — but the resulting town still ended up being made up of absolutely anybody who was somebody in the Lowcountry.

Included were such families as the Barnwells and other rich cotton planters of Squire Pope’s crowd on Hilton Head; the Fripps, who had holdings everywhere (yes, the Fripp Island Fripps); and the Prichards of, well, Prichardville.

The Bluffton Heywards, of course, were not new money but aristocracy of the Lowcountry with nothing short of a rice empire a half-day’s boat ride up the Broad River, not to mention humble credentials to their name such as the Continental Congress, the Declaration of Independence, yadda yadda. Bluffton people: every bit as much a Who’s Who of that day as are folks in Malibu Beach today.

But why Bluffton? Well, why Malibu?  Location, location, location. The work in Hollywood often is a dirty, tiring, even unsafe business. Malibu is the great escape. It is a place where people in the public glare can be themselves, can be safe and be in an absolutely delightful place. It was the same with Bluffton. 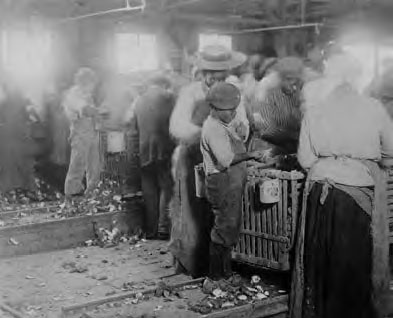 The cotton and rice plantation business was dirty, hot, exhausting and unsafe during the April to October “summer” months, as they called them. Back then, local mosquitoes carried yellow fever and malaria, which particularly plagued people with white skin. Life on the hot, mosquito-ridden islands, where Sea Island Cotton thrived, could also be stifling and rice field enterprises were necessarily in the low lands where “country fever,” malaria, thrived.

The only area refuge from all these beastly by-products of being absurdly rich was delightful Bluffton. The eastern orientation and the high bluff over the May River provided vistas and cooling breezes that mitigated the seasonal maladies elsewhere.  Bluffton became the place for stay-at-home moms of means and their charges and, naturally, an exclusive private school was established to meet the needs of the kids, while stores and services also appeared.

The May River was the local autobahn and ran right to Bluffton’s front doors.  So particularly during those long, seven summer months, the cotton kings and rice barons were back and forth from overseeing their holdings which, in reality, owned them as much as vice versa.  Some things don’t change.

But change Bluffton did when the Civil War came to town, triggered by some of those same prominent people who so cherished their Malibu Beach. But that is another story for another time.  Meanwhile, when somebody notices this old town, don’t forget to tell them who Bluffton used to be.

EDITOR’S NOTE: For our annual City Guide, we reached out to longtime resident Glen McCaskey to help tell the story of Hilton Head Island and Bluffton. McCaskey has been deeply involved in the evolution of the Lowcountry since moving here in 1970.