Some things in life are just plain special, and farmers markets are special in many ways.

It’s not just the fresh, locally-grown produce in abundance in the soil of our rural neighborhoods, but also specialties like jams and pickles, sweet honey, the distinct fragrance of herbs, cultivated flowers, organic eggs and more.

Farmers markets on Hilton Head Island and in Bluffton possess a unique spirit that transcends the physical presence of food stands, rows upon rows of fruits and vegetables, and the strumming of local musicians.

There is an endearing spirit of community and camaraderie where friends, neighbors, strangers, tourists and farmers congregate for a common purpose.

“They come for a sense of community, it’s all about community,” said Kim Viljac, manager of the Bluffton Farmers Market since 2010.

Woody Jones, manager of the Farmers Market at Sea Pines Center on the island, which is open year-round, echoed that sentiment.

“We make it feel like home for everybody,” he said.

Lacey Van Tonder, coordinator of the Shelter Cove Farmers Market, which is now in its second year of operation, said, “It’s a nice community event where you can meet local vendors and enjoy the day outside.”

Nationally, there is a groundswell of farmers market activity in which 8,144 were listed in the USDA’s directory in 2013, a dramatic spike from 1994 when 1,755 were on the roster. South Carolina is home to 124, with six in Beaufort County.

Besides getting to know their local farmers on a personal level, residents and tourists get to pick and choose from a large-scale variety of fresh, healthy and seasonal products.

“I think it’s a positive thing for farmers, consumers and the retail market,” said Urbie West, a fifth-generation farmer/owner of Rest Park Farm in Seabrook north of Beaufort who’s a regular at the Sea Pines Center.

“When we’re there on Tuesdays, it’s picked the day before. We take pride in what we grow. We only sell what we grow.”

He encourages consumers who attend farmers markets to buy their produce in-season from local growers to ensure the freshest, highest quality produce and direct farmer- to-buyer connection so they can discuss everything about how the yellow squash or strawberries or butter crunch lettuce they’re holding in their hands was grown. 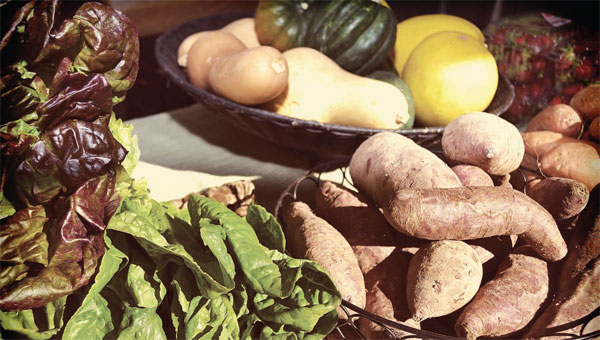 “It helps put a face to their farmer, and they trust us to provide them with the best,” said West, who also own Pinckney’s Produce, a community-supported agriculture program in which consumers pre-purchase seasonal produce from their local farmer on a membership basis.

Farmers markets also deliver residuals to local restaurants, art galleries, boutique stores and other businesses in proximity to the site.

In the Hilton Head Island area, three markets are open for business this season.

Something good is going on at South Carolina’s No. 1 Farmers Market, according to a national conservation organization. Actually, many good things are going on there.

“We knew we had something special, so with our love for Bluffton and the old town area it was almost a labor of love,” said Viljac, whose passion as market manager for the past four years attracts more than 40 vendor/ farmers and thousands of visitors from 2-7 p.m. every Thursday.

“One of the best things about a farmers market is you’re talking to the person who actually grew the food, harvested the food and transported the food,” she said. “They can tell you exactly where that piece of fruit or vegetable has been.”

Since its founding in 2008, Bluffton has surged to the forefront of markets because almost 75 percent of its vendors are farmers from the Carolinas and Georgia. There’s also live music as well as chef demonstrations, children’s interactive educational programs and other nonprofit groups that promote their causes through awareness.

“It’s important (to buy local fresh produce) because it hasn’t traveled very far, it hasn’t been out of the ground for a lot of the time. The farmers pick the morning of and it’s still got a little bit of dirt and water and everything from the crops because it literally just was picked,” said Viljac, noting that her Farmers Market is so popular that there’s a wait list for certain vendors to do business in Bluffton. But it’s not all business.

“Where we’re located, a lot of people can walk to the market and bring their kids,” Viljac said. “It’s open … it’s a family event. People, in terms of community, really come together here. It’s a place to come, even if they’re not going to shop, just to meet their friends.” 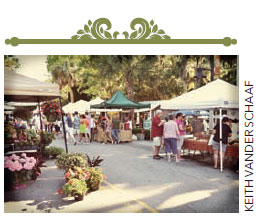 This two-year-old venture presented by Lowcountry Produce really began about two decades ago as a farm stand in Lobeco a few miles north of Beaufort. Then, in the early 2000s, owners Martha and Dwight Garrett bought a few pickle recipes, packaged and sold the products, expanded their product line and morphed into a pre-eminent purveyor of regional southern all-natural delicacies that are handmade and handpacked. Lowcountry Produce specialties are now found in 2,500 stores nationwide and in Canada.

The elder Garretts and their two sons somehow found the time to open the Lowcountry Produce Market & Café in 2011, which rapidly became a “local institution in Beaufort,” and a retail store at Sea Pines Center two years ago, said Jones, one of the general managers who also “moonlights” as the Farmers Market manager.

To Charlotte-native Jones, this means “foods that you remember growing up with,” such as field and black-eyed peas, butter beans and hamhocks. “It reminds you of soul food, grandma’s cooking.”

Produce from about 10 farmers from Bluffton, St. Helena and extended rural areas as well as in Georgia is represented in the center’s courtyard from 9 a.m. to 2 p.m. every Tuesday from March 18 through Labor Day. An additional 20-30 vendors, including authors, artists and chefs, also conduct business weekly. About 700 consumers attend the market Tuesdays during peak season. During the off-peak season, Lowcountry Produce hosts a “handmade creative arts market” weekly, Jones said. 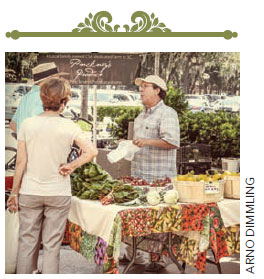 Farmer’s Market at The Shops at Sea Pines Center 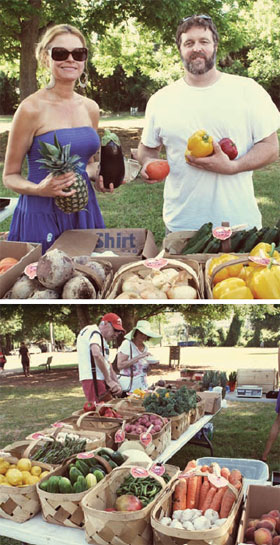 Now in its second year of operation, the Farmers Market at Shelter Cove, hosted by the Hilton Head Island Recreation Association, has changed its day and hours from last year to Tuesdays and later in the day and early evening to attract more people, especially locals, said Van Tonder, who is back in charge. Open from 4-7 p.m. through mid-June, the market will expand its hours throughout the summer season to 9 p.m.

Van Tonder said her market gives the roughly 25 vendors a “platform to show their products ... there’s a lot of talented people in the area.”

With farmers locally represented, “people can trust what is grown here and what you’re going to buy and eat,” she said. The hundreds of people who wander the market at Shelter Cove Community Park every Tuesday also find a crop of “really talented cooks” selling ethnic foods, lobster rolls and other goodies like sweets and baked goods.

Not hungry? Then enjoy the art work, local crafts and jewelry on display.

Van Tonder also coordinates with the Island Recreation Center to present the free family-friendly Summer Jams Concert Series in the park from 7-10 p.m. Tuesdays from June 17 through Aug. 12.

Besides creating a “market-friendly community atmosphere” for locals and tourists, Van Tonder touts the idyllic Lowcountry location with “beautiful Shelter Cove Harbour in the background and a Hilton Head vibe.” 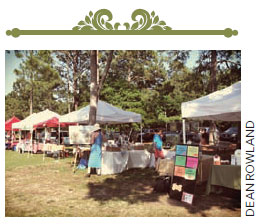